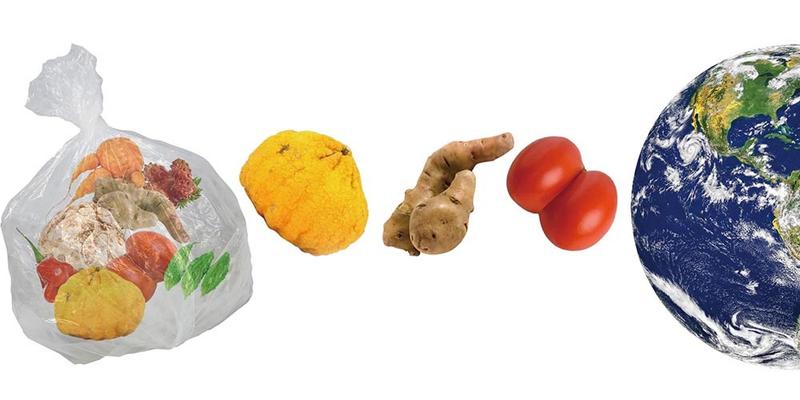 Have you ever wondered why the sandwich you buy during office lunch hour never incorporates the crust from a loaf of bread? And if one day it did, would you still buy it? Most likely you wouldn’t, as your aesthetic and epicurean perceptions dictate that tough outer parts of sliced bread don’t make for esculent sandwiches. The store that sells you it thinks the same, and tosses the two crusts away from every loaf it sells each day. But think about such egregious waste the next time you purchase your “poster sandwich” and then digest this: Every year, globally, sufficient food is produced to feed every mouth on the planet multiple times over. Humanity’s model, ironically, has been so successful, that we have created a surfeit in our food production cycles by about 400% while simultaneously destroying the planet’s resources. And yet, the United Nations Food and Agriculture Organisation (FAO) estimates that one-third of all food produced on Earth goes to waste each year on account of its looks, or more accurately, its lack of them; that amount of produce would feed a staggering two billion people.

For example, just because a humble banana from Ecuador might be too short, too long or too curved for its destined European market, or a potato from a field in France might be too small to be harvested by farm machinery, the powers that be ignore and discard such perfectly edible produce. The FAO estimates that six billion pounds of American fruits and vegetables remain unharvested or unsold for aesthetic reasons annually. Staggeringly, as much as 46% of fruits and vegetables never make the journey from farm to fork.

In late July, the FAO unveiled a comprehensive platform to help the global community step up action to reduce food loss and waste, gearing up for the inaugural International Day of Awareness of Food Loss and Waste on September 29, 2020. The initiative brings together a wealth of information on measurement, reduction, policies, alliances, actions and examples of successful models applied to reduce food loss and waste across the globe.

“Wasting food means wasting scarce natural resources, increasing climate change impact and missing the opportunity to feed a growing population in the future,” remarked FAO Director-General Qu Dongyu at the platform’s launch in Rome. The Hunan-born Qu, appointed in August 2019, previously served as China’s Vice-Minister of Agriculture and Rural Affairs, and is the first Chinese national to head the organisation.

The FAO talks of “food loss” and “food waste”. Of the 33% of food that is lost or wasted in developing countries, as much as 40% of it is lost during the harvesting and processing stages. This is “food loss”.

In developed countries, more or less the same 40% is lost at the consumer or retail stage, throwing away food that isn’t bought at stores or food that remains uneaten at home, restaurants or cafeterias. This is “food waste”, and has become a modern-day malaise and a dangerous habit. We buy more than we need at supermarkets, letting fruits and vegetables spoil at home or ordering more than we can eat at restaurants.

For example, the US produces four times as much food per year as it actually needs to feed its population. Reducing food loss and waste has numerous benefits, such as more food available for the most vulnerable, a reduction in greenhouse gas emissions, less pressure on the land and water resources, and increased productivity and economic growth. When we waste food, we waste the labour, money and resources (seeds, water, feed and so on) that go into making the food, not to mention the resources involved in transporting it.

To change the world’s mindset, Qu cites the need for innovation, both technological and operational, across multiple declensions of the problem. This includes finding technological solutions for post-harvest management, new ways of working together and improved food packaging. He also suggests relaxations on regulations and standards concerning aesthetic requirements for fruit and vegetables, better consumption habits, government policies targeted at lowering food waste (such as guidelines to redistribute safe surplus food to those in need through food banks), and alliance-building that transcends the food sector, for example, with climate agents.

Cutting global food loss by 25% would offset the environmental damage that would be caused by future land use for farming. It means not destroying more forests, with those devastating consequences for climate change and biodiversity to produce more food. It’s now up to the public and private sectors as well as individuals to promote, harness and scale-up policies to ensure that our relationship with food becomes more meaningful and influential. Start today and waste not, want not. Know which side your bread – or crust – is buttered. And bon appétit!