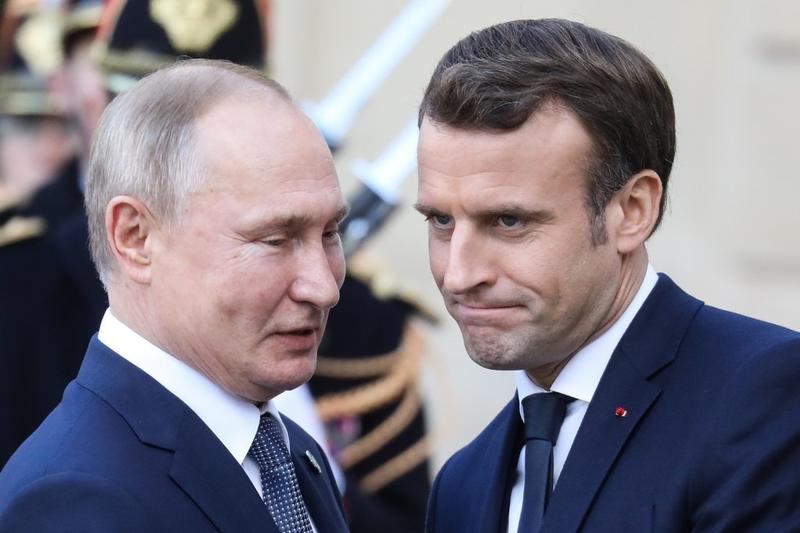 In this file photo taken on December 09, 2019, French President Emmanuel Macron (right) welcomes Russian President Vladimir Putin (left) upon his arrival at the Elysee Palace to attend a summit on Ukraine in the French capital Paris. (LUDOVIC MARIN / AFP)

MOSCOW - President Vladimir Putin told France’s President Emmanuel Macron in a telephone call on Monday that it was “inappropriate” to make groundless accusations against Russia over the suspected poisoning of opposition politician Alexei Navalny, the Kremlin said.

Putin said that Russia wanted Germany to hand over medical test results taken from Navalny, according to a Kremlin readout of the call.