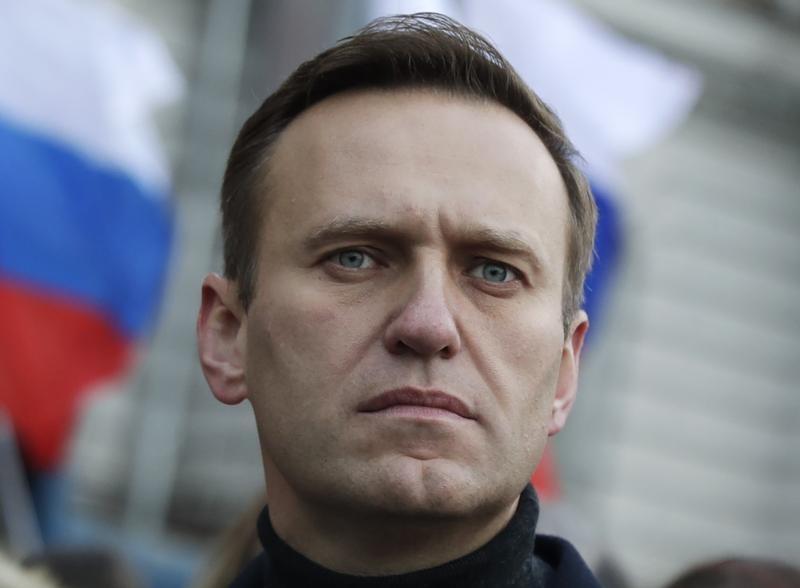 The condition of Russian opposition leader Alexei Navalny, who German doctors say was poisoned, has improved and they have taken him out of an induced coma, the hospital treating him said on Monday.

The hospital's statement confirmed that Navalny had been poisoned with a Novichok nerve agent. It echoed the claim of the German government but was dismissed by Kremlin

Navalny was flown to Germany last month after falling ill on Aug 20 on a domestic flight in Russia. German chemical weapons experts said tests show the 44-year-old was poisoned with a Soviet-era nerve agent, prompting the German government last week to demand that Russia investigate the case.

"The patient has been removed from his medically induced coma and is being weaned off mechanical ventilation," Berlin's Charite hospital said in a statement. "He is responding to verbal stimuli. It remains too early to gauge the potential long-term effects of his severe poisoning."

The statement confirmed that Navalny had been poisoned with a Novichok nerve agent. It echoed the claim of the German government.

But the finding was dismissed by Kremlin spokesman Dmitry Peskov, who said Moscow was ready to fully cooperate with Germany in order to establish all circumstances surrounding the Navalny case.

Before the opposition leader was flown to Germany, medical tests in a Russian hospital had detected no traces of any toxic substances in his body, Peskov added.

The Russian National Medical Chamber has requested that Navalny be examined by a joint group of experts. But the German Medical Association responded on Monday that this would require the consent of the patient's relatives, under German law.

Many countries have joined Germany in asking for a full investigation, with British Prime Minister Boris Johnson last week calling the use of a chemical weapon "outrageous". White House press secretary Kayleigh McEnany said that the poisoning was "completely reprehensible" and that the United States was "working with our allies and the international community to hold those in Russia accountable".

The repercussions of the case may be felt in economic relations between Europe and Russia. The future of the Nord Stream 2 gas pipeline project, which is being constructed with the support of the German government, may come under a cloud, media reported. The project would enable Russian gas to be piped westward.

German Foreign Minister Heiko Maas raised the question of Berlin's position on Nord Stream 2, saying progress may depend on the steps taken by Russia in relation to the case.

Still, Seibert said the German government was yet to form a complete picture on the incident, adding that it's too early to talk about the wider repercussions from the case.