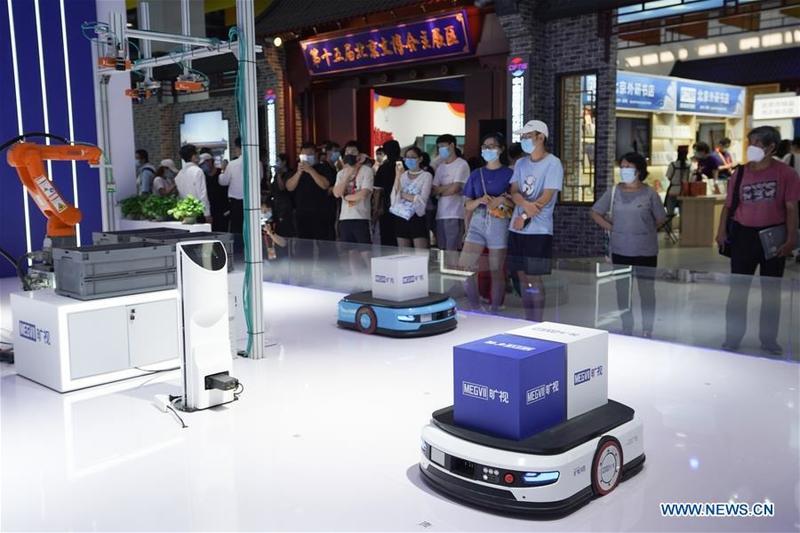 China will scale up measures to spur the growth of the digital economy to inject new impetus into the economy and foster high-quality development, said officials at a major forum during the weekend.

Xiao Yaqing, minister of industry and information technology, said on Saturday the ministry will make a big push to promote digital industrialization and industrial digitalization in the next step.

More efforts are also needed to speed up the construction of digital infrastructure; promote the large-scale commercial deployment of 5G; accelerate the digital, networked and intelligent transformation of manufacturing; improve data services; and strengthen international exchanges and cooperation in the digital economy, Xiao said.

He made the remarks at the Forum on Trends and Latest Developments of Digital Trade at the ongoing China International Fair for Trade in Services in Beijing. The CIFTIS, which opened on Friday, continues through Wednesday.

Wang Bingnan, vice-minister of commerce, said on Saturday China has seen new growth opportunities in digital fields amid the COVID-19 pandemic, and the country will continue accelerating the push for advancing the development of digital trade.

"In the battle against the COVID-19 outbreak, remote working, e-government services, digital education, online entertainment and other digital sectors have played a key role in safeguarding people's lives and production, preventing and controlling the epidemic, and strengthening global economic and trade cooperation." Wang said.

"It has further demonstrated the huge vitality in (digital economic) development," Wang added. "Digital trade will surely become a key to deepen opening-up on a larger scale, in a broader field, and at a deeper level in the future."

"We're more inclined to think that digital trade is a new form of trade that uses digital technology for research and development, design and production, and delivers products and services to users through the internet and modern information technology," Wang said.

Seeing the huge growth potential from the booming digital trade, Beijing is speeding up the construction of a high-quality digital trade demonstration area, Ji Lin, chairman of the Beijing Municipal Committee of the Chinese People's Political Consultative Conference, said on Saturday.

According to Ji, the added value of Beijing's digital economy accounted for 50 percent of the city's GDP in 2019, gaining the top spot nationwide and becoming a key digital economy innovation and development hub.

The total import and export volume of Beijing's service trade reached US$160 billion in 2019, occupying around 20 percent of the service trade volume in China, Ji said.

In the next step, Beijing will continue to develop new business forms and models in fields such as new infrastructure, new opening-up, new consumption, new scenarios and new services, he said.