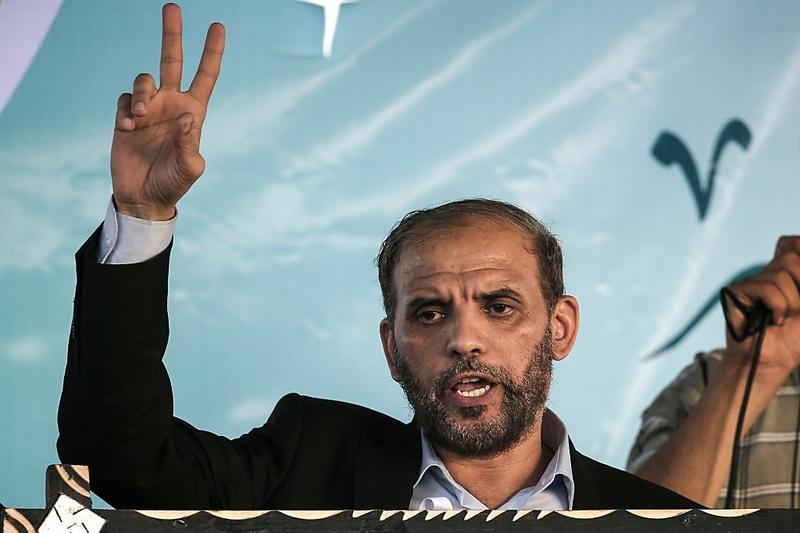 Member of the political bureau of Hamas Husam Badran flashes the V for victory sign near the Israel-Gaza border, east of Gaza city on August 3, 2018. (MAHMUD HAMS / AFP)

GAZA - The Islamic Hamas movement, ruler of the Gaza Strip, announced on Monday that it had received an invitation from Russia to join a meeting between Palestinian factions on ending the internal division.

The announcement was made by Husam Badran, a member of Hamas' politburo, in a press statement that expressed Hamas' appreciation for Russia's support for the Palestinian unity.

Russian President's Special Envoy to the Middle East and African Countries and Deputy Foreign Minister Mikhail Bogdanov called Hamas leaders and leaders of other factions to invite them to join the meeting, said Badran.

The senior Hamas official, however, didn't say when Russia will hold the meeting in Moscow.

Internal division between Hamas in Gaza and Palestinian President Mahmoud Abbas' Fatah movement in the West Bank has been going on since 2007 when Hamas violently seized control of the coastal enclave.

International mediations have since all failed as the two rivals are unable to implement the understandings and agreements they signed in Qatar, Saudi Arabia and Egypt.