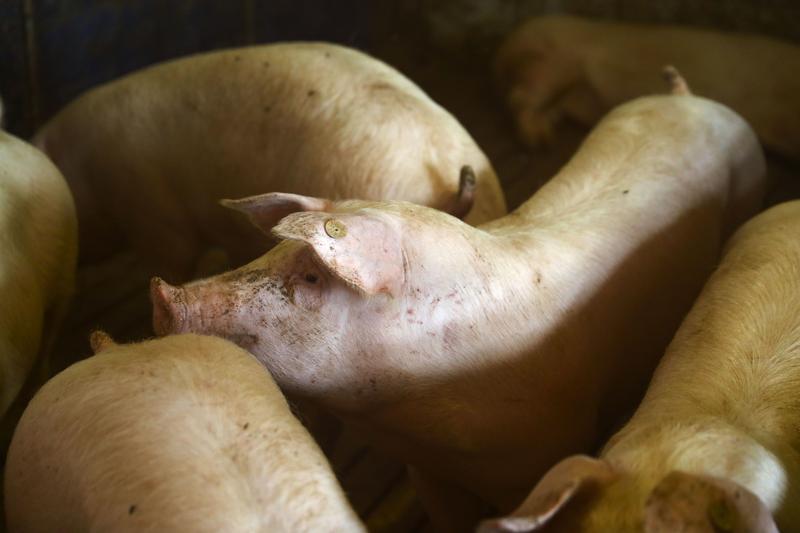 Pigs stand in an indoor pigsty on a livestock farm in Ohrenbach, Germany, on Monday, Jan 20, 2020. (ALEX KRAUS / BLOOMBERG)

A vaccine to fight African swine fever, the viral disease that wiped out more than a third of China’s hog production, will enter expanded clinical trials after early-stage studies found it to be safe.

The experimental vaccine generated at least 80 percent immune protection depending on the dose administered, according to the research

Scientists at the Harbin Veterinary Research Institute inoculated some 3,000 fattening piglets and sows at 10-to-100 times the proposed immunization dose, China’s Ministry of Agriculture and Rural Affairs said in a statement on its website. The researchers found no clinical abnormalities or signs of disease, nor transmission of the vaccine virus or adverse growth and reproductive effects during a 20-week observation phase.

“The immunized pigs are in good growth condition and have no obvious clinical adverse reactions,” the ministry said, citing Tang Huajun, president of the Chinese Academy of Agricultural Sciences. The experimental vaccine generated at least 80 percent immune protection depending on the dose administered, according to the research, which was conducted in bio-secure facilities in Heilongjiang, Henan, and Xinjiang from April to June.

The Chinese Academy of Agricultural Sciences will continue to accelerate research to obtain the necessary safety clearance and registration for the candidate vaccine, the ministry said. China’s pork output, estimated by Euromonitor International at a retail value of US$118 billion in 2018, has been devastated by African swine fever.

The disease spread from Africa across Europe, reaching China — which had about half the word’s pig herd — in 2018. The number of hogs produced in China fell 38 percent from 2017 to 2019, according to the US Department of Agriculture.

Despite more than 50 years of research, scientists are yet to gain registration for a safe and effective vaccine against African swine fever. One of the earliest attempts — based on a live, weakened form of the virus — was abandoned after it was found the vaccine gave pigs a debilitating and disfiguring disease.