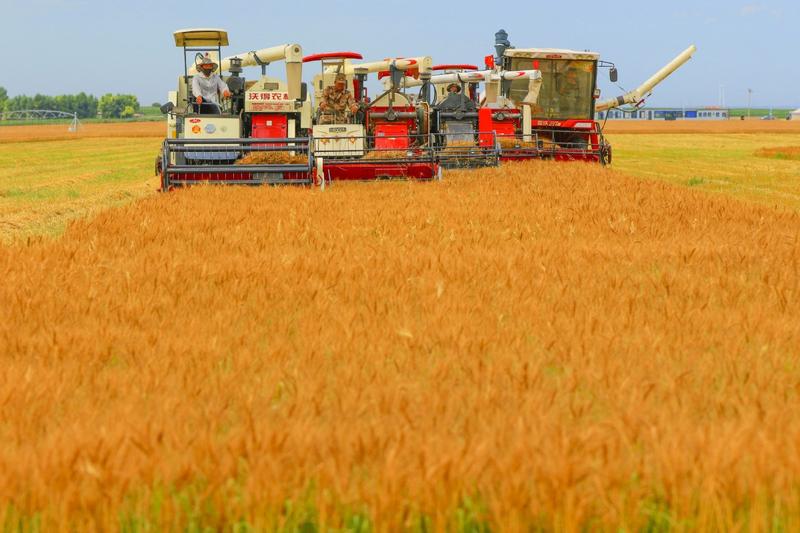 President Xi Jinping has underlined the need for greater awareness of the risks posed to the country's food security and called for resolute efforts to promote thrift and combat the wasting of food.

Xi, who is also general secretary of the Communist Party of China Central Committee, made the remark in an instruction released on Tuesday.

While noting that food waste is a distressing phenomenon, Xi urged the nation to always be aware of the risks to food security despite consecutive years of bumper grain harvests. He said the impact of the global COVID-19 pandemic has sounded the alarm for the country regarding food security.

Xi urged the nation to always be aware of the risks to food security despite consecutive years of bumper grain harvests. He said the impact of the global COVID-19 pandemic has sounded the alarm for the country regarding food security

He stressed the need to take effective measures and establish long-term mechanisms to curb the wasting of food by strengthening legislation and supervision. In the meantime, he required efforts to promote thrift among the public to create an atmosphere that is conducive to saving food.

Xi has long attached great importance to food security and on many occasions has emphasized the need to stop the wasting of food.

He has described food security as "an important foundation of national security". During an inspection tour of Heilongjiang province in September 2018, he stressed that "the rice bowl of the Chinese people, in any situation, must be firmly held in our own hands".

In the face of the COVID-19 outbreak, Xi said in an instruction in February that "the more risks and challenges we face, the more we need to stabilize agriculture and ensure the security of grain and major non-staple foods". While inspecting Jilin province last month, Xi also urged officials to ensure grain-supply security.

His latest instruction came as the Food and Agriculture Organization of the United Nations warned in its Food Outlook report in June that food markets would face many more months of uncertainty related to the COVID-19 pandemic.

As the novel coronavirus outbreak has caused worries about food security, the Chinese government has assured the public that the food-supply situation is under control. Minister of Agriculture and Rural Affairs Han Changfu wrote in an opinion piece published on Friday in People's Daily that China is "confident and capable of ensuring food security" despite the complex and grave domestic and international situation.

China is the world's largest producer and consumer of food supplies. Its annual grain output has stayed above 650 million metric tons for five consecutive years since 2015. Despite the impact of the pandemic, China's summer grain output stood at 142.8 million tons this year, up 1.21 million tons from last year, according to the Ministry of Agriculture and Rural Affairs.

The bumper grain harvest China achieved in the past years has played an important role in coping with the challenges and ensuring economic and social stability, Han said in his article.

Given fluctuations in the international agricultural produce market caused by some countries' measures to restrict grain exports amid the COVID-19 pandemic, he said China has maintained adequate supplies of key farm produce and price stability.