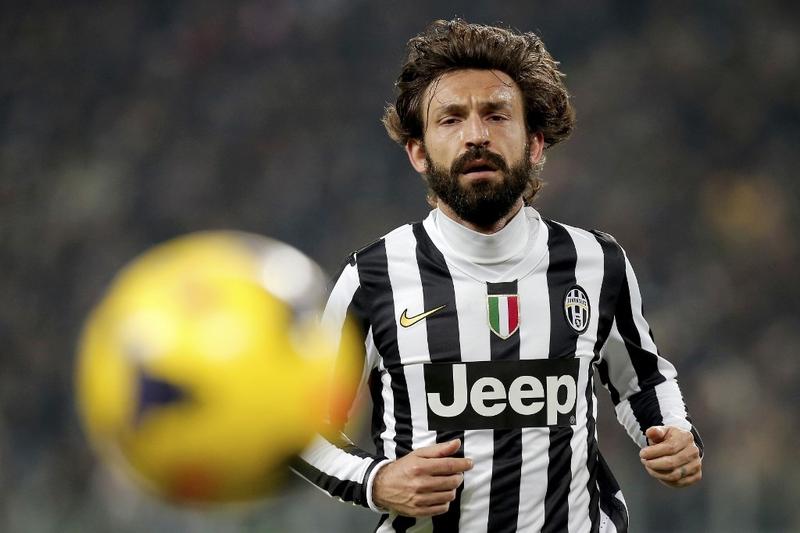 In this file photo taken on February 23, 2014 Juventus' Italian midfielder Andrea Pirlo eyes the ball during the Italian Serie A football match between Juventus and Torino at Juventus Stadium in Turin. Andrea Pirlo was named as new Juventus coach - club on August 8, 2020. (MACRO BERTORELLO / AFP)

ROME - Juventus have decided to elevate its U-23 team coach Andrea Pirlo to head coach of the senior squad on Saturday, just hours after sacking Maurizio Sarri.

Sarri was relieved of his post on Saturday afternoon, after Juve's Champions League exit at the Round of 16 to Lyon.

As a player, in Pirlo's four years at the center of the Juventus midfield, he won four league titles, a Coppa Italia and two Italian Super Cups

As a player, in Pirlo's four years at the center of the Juventus midfield, he won four league titles, a Coppa Italia and two Italian Super Cups.

The 41-year-old had just returned to Turin last month to start his coaching career by taking over the U-23 team, but the new appointment means he will steer the first team even without having managed a single match.

"Today, Pirlo begins a new chapter of his career in the world of football, as it was said almost a week ago: from Maestro to Mister. From today he will be the coach of Juventus, as the club has decided to entrust him with the technical leadership of the First Team, after having already selected him for Juventus Under 23," read a statement of Juventus.

"Today's choice is based on the belief that Pirlo has what it takes to lead from his debut on the bench, an expert and talented squad to pursue new successes," it added.

Italian media reported that Juve President Andrea Agnelli believes that Pirlo boasts a great vision of the game, and he is young enough to immediately connect with the players and win their respect.