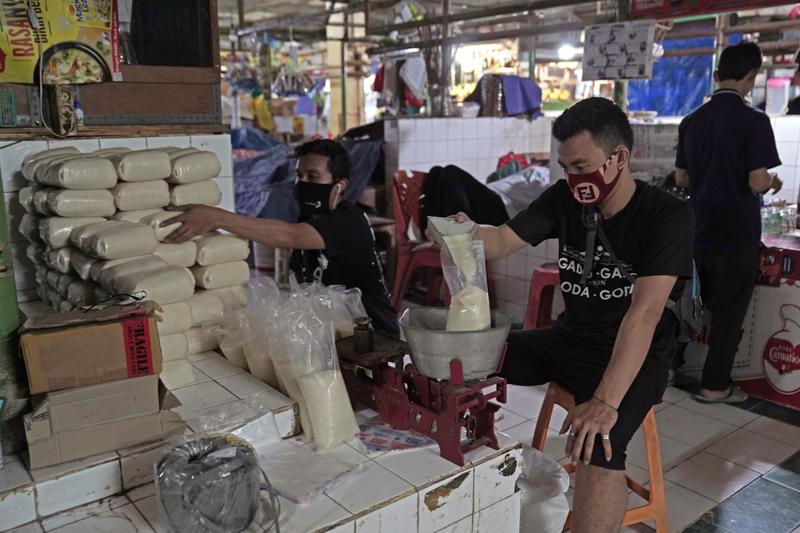 Indonesia, the world’s biggest buyer of sugar, is striving to cut imports by boosting domestic production at a time when rising affluence is increasing demand for sugary food and drinks.

State plantation holding company PT Perkebunan Nusantara III plans to expand sugarcane plantations and renovate mills in a bid to double production to 2 million tons of sugar a year by 2025, said President Director Mohammad Abdul Ghani. His comments come as the company is close to securing an agreement with creditors to restructure 45 trillion rupiah (US$3.08 billion) of debt.

The target of cutting imports also depends on reining in consumption in the world’s fourth most-populous nation as wealth and population rise. The agriculture ministry expects per capita demand to be above 25 kilograms a year by 2023, but the local sugar association says it needs to come down below 20 kilograms to reduce imports significantly. US Department of Agriculture data show the country’s consumption jumped about 30 percent in the past five years. 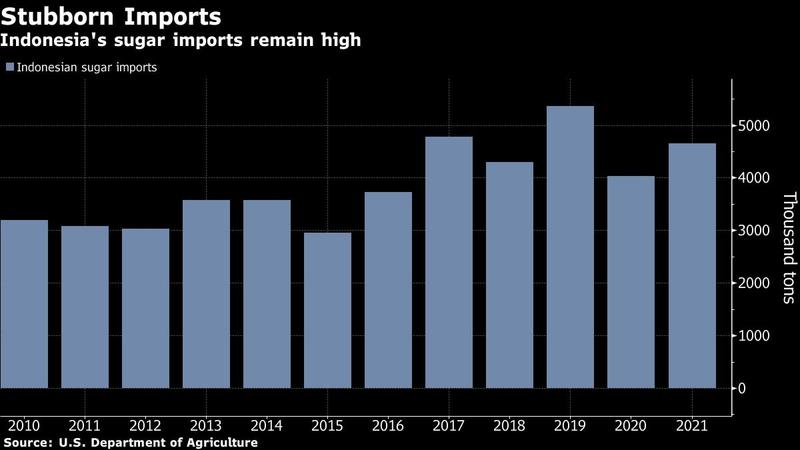 The group’s white sugar output accounts for 40 percent of domestic production, and it hopes to reduce Indonesia’s imports as output increases and market share rises, Ghani said in an interview this week. It’s partnering with state forestry firm Perum Perhutani and small plantation holders to expand the plantation size to 300,000 hectares from 60,000 hectares within five years. The expansion will include conversion of some rubber plantations, Ghani said.

The company has been selling sugar in the retail market this month to help the government stabilize prices. Indonesia has imported almost 700,000 tons of raw sugar and 150,000 tons of white sugar so far this year in a bid to cool the market. To improve its sugar business further, the company expects to develop investor partnerships, with possible joint ventures. An initial public offering is also in the pipeline after it completes its debt restructuring.

The group acts as the holding company for 14 state plantation firms and three agriculture-related firms. Ghani said September is the deadline to complete the debt revamp, which is integral to its plan to expand sugar output.

“We have several scenarios in place for the restructuring, including longer loan tenors and lower interest rates,” he said. A new syndicated loan is also being discussed with banks as part of the restructuring, after which all financing needs will be streamlined at the holding company level.

The company’s in the process of obtaining 4 trillion rupiah of government bailout funds to finance activities during the pandemic. Group companies also produce palm oil, and the coronavirus crisis has forced scores of restaurants and hotels, which are major consumers of palm oil, to shut or curb operations.