US experts weigh in on HK poll delay

By LIU YINMENG in Los Angeles 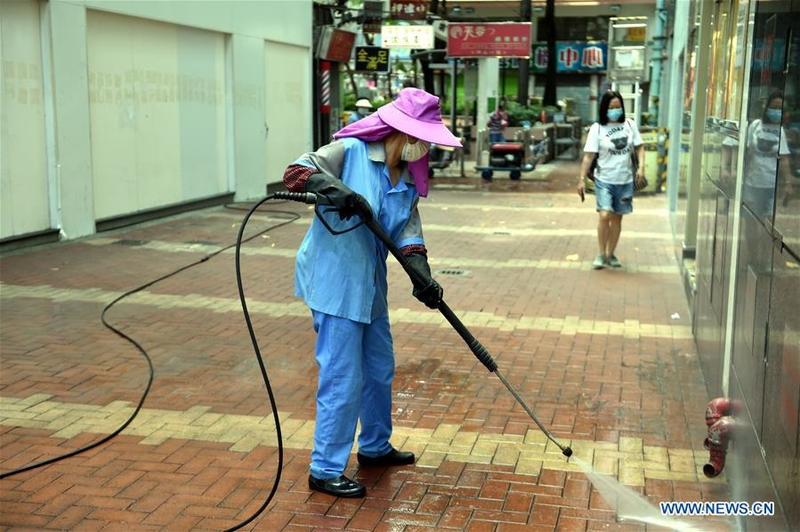 As Hong Kong battles a major flare-up in coronavirus cases, some experts in the United States have voiced their support for a postponement of elections for the region's Legislative Council in September.

Carrie Lam Cheng Yuet-ngor, chief executive of the Hong Kong Special Administrative Region, said on Friday that the 2020 Legislative Council election for the region will be postponed from Sept 6 due to the spike in coronavirus cases.

Opponents of a postponement may pick on the 'waiting out' over the new security law for Hong Kong as a reason why they were opposed to the delay. But the truth is the law has already been in place since June.

James C. Hsiung, a professor of politics and international law at New York University, said that postponing the poll, under the present conditions, is necessary. However, objections to any such move can be expected in Hong Kong or elsewhere.

"Opponents of a postponement may pick on the 'waiting out' over the new security law for Hong Kong as a reason why they were opposed to the delay. But the truth is the law has already been in place since June," Hsiung told China Daily.

"And, let me point out, as a result of the sabotaging efforts by the law's critics, distorting it as a 'crackdown' on the SAR's autonomy, it has evoked a fusillade of bad reactions from foreign sources," Hsiung said.

Three countries have annulled their extradition treaties with the SAR, Hsiung said. The administration of US President Donald Trump has revoked the preferential tariff treatment and other benefits that Hong Kong had enjoyed from the United States. All this has left Hong Kong enmeshed in an atmosphere of foreign intimidation, Hsiung said.

While those supporting the postponement cite public health concerns, some opposition figures suggest that their rivals want to wait it out, giving more time for the anger felt by some over the newly imposed National Security Law to subside.

Jon Taylor, professor at the University of Texas in San Antonio, said a series of issues that have dominated Hong Kong politics aren't going to disappear just because the election is postponed.

"In fact, it could be argued that a delay not only would give Hong Kong authorities time to get a better handle on the virus, but also give as many as 200,000 to 300,000 eligible voters who have been unable to cross the border into Hong Kong since the Lunar New Year the chance to return, undergo the 14-day mandatory quarantine, and then participate in the election," he said.

Census statistics showed that 541,900 Hong Kong residents were living in Guangdong province as of the middle of last year.

Under the city's laws, the HKSAR chief executive has the right to direct a short postponement of a general election if the authorities deem that it is likely to be obstructed or seriously affected by a riot, mass violence or any danger to public health or safety.

Hsiung suggested that the Hong Kong government should put to good use any time gains from a postponement by ending the pandemic in its third-wave attack.

"Knowing this, the opponents to the electoral postponement in Hong Kong will have an additional reason why they did not want the electoral delay, which would only give the (HKSAR) government extra time to contain the pandemic. In other words, they care more about their own electoral votes than the welfare of the common population in Hong Kong in the face of the viral attack."

Richard Becker, West Coast coordinator of the civil rights group Act Now to Stop War and End Terrorism, said there's no question that the US administration is continuing to escalate its meddling in China's internal affairs, adding that some US leaders are engaging in actions that are counter to their espousal of human rights and free speech in Hong Kong.

He noted that numerous primary races in the US had been postponed due to the coronavirus outbreak.

"Hong Kong is a part of China. This is a regional election in one part of China that is being postponed. Many elections in the US have been postponed because of the epidemic; many, many, primary elections leading up to this year's presidential election," said Becker.

Liu Qing, president of the Southern California chapter of the China Council for the Promotion of Peaceful National Reunification, said delays have occurred in the past in the city and are in line with the HKSAR Basic Law.

"Although the National Security Law for Hong Kong has been released, it would still take some time for order and harmony to be restored in Hong Kong society. Given this and the recent resurgence in coronavirus cases, I think a delay is a reasonable decision to make in this situation."