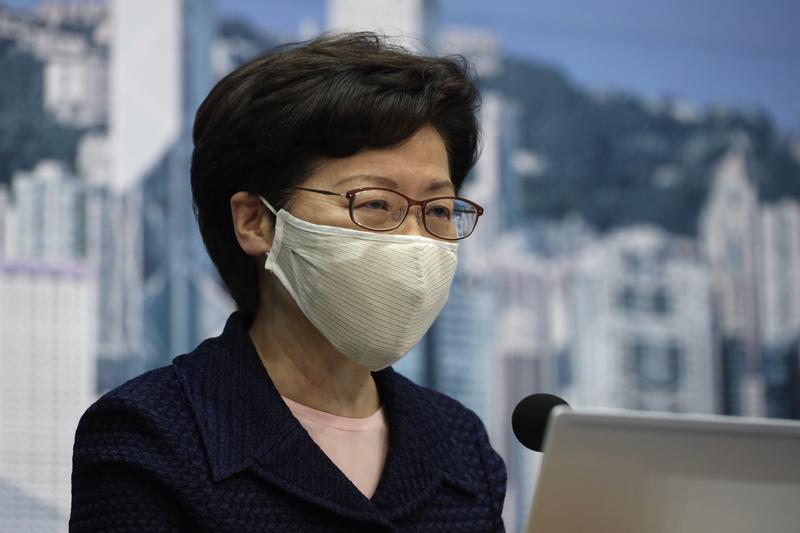 HONG KONG - Hong Kong Chief Executive Carrie Lam Cheng Yuet-ngor announced on Friday to postpone the Legislative Council election by one year because of a recent spike in coronavirus cases.

In a press conference, she said the decision was difficult but necessary to ensure a fair and open election of the city's legislature.

Lam said she was invoking the Emergency Regulations Ordinance to delay the vote, adding that the decision had the support of the central government.

Hong Kong has seen a resurgence of COVID-19 outbreak since early July. A total of 1,852 additional COVID-19 cases were reported between July 8 and July 30, up 140 percent from the total number of cases recorded over the previous six months, she said.

The latest cases brought the city's infection tally to 3,272.

Hong Kong is facing the most severe epidemic situation since January 2020, with a growing risk of major outbreak, Lam said.

Under the current circumstances, if the LegCo election was held as scheduled, its openness and fairness could hardly be ensured, and the safety of voters, candidates and staff at polling stations and counting stations would be endangered, she added.

In a letter to the chief executive on July 28, the chairman of the Electoral Affairs Commission detailed the public health risks of holding the election as scheduled, pointing out that 3 million voters casting their ballots at polling stations across Hong Kong on the same day would create an "exponentially larger infection risk."

The Hospital Authority also welcomed the move, saying it would "reduce mass gatherings to minimize community infections and relieve pressure on public hospitals."

Lam said the postponement of elections has become a common practice around the world amid the pandemic.

By mid-July, 62 countries and eight territories have postponed elections, according to the International Foundation for Electoral Systems, Lam noted, adding that Britain has postponed polls of the local and mayoral elections in England for a year to May 2021 due to the pandemic outbreak.

The chief executive had earlier submitted a report on postponing the 2020 LegCo election to the Central People's Government.

The Central People's Government has replied that it supports the HKSAR Chief Executive in Council in making the decision to postpone the seventh-term LegCo election of the HKSAR for a year in accordance with the law in the interests of the public and based on the actual situations in Hong Kong.