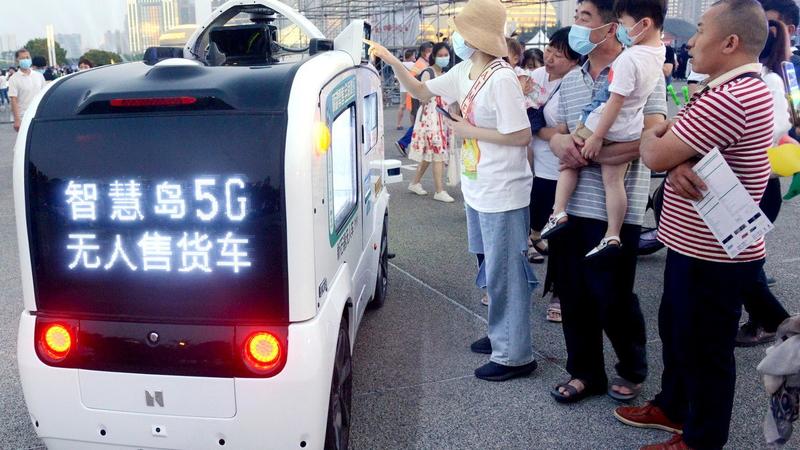 Buoyed by higher-than-expected demand in China, global 5G subscriptions are set to reach 190 million by the end of this year, a new industry report said.

Though the COVID-19 pandemic has impacted the rollout of 5G networks and slowed down 5G subscription growth in some markets, the fallouts were outweighed by other markets including China where 5G deployment is accelerating, according to the mobility report from Swedish telecom equipment giant Ericsson.

Nearly 89 percent of Chinese consumers who participated in the survey believe that 5G will play a larger role in the future, while 59 percent were willing to invest in 5G-related products and services, according to the report.

ALSO READ: Development of 5G to make its mark after COVID-19 pandemic

With more time spent online, 80 percent of virtual reality users in China believe that the virtual economy is likely to see bigger potential in the future. The proportion is also higher than the global average of 71 percent, said the report which tracked responses from more than 11,000 consumers around the world.

As an important means to revive economic growth, 5G has also been given high priority in China after the COVID-19 outbreak was brought under better control in the nation, Zhao said.

According to the report, as of June, there have been more than 75 5G commercial launches across the world. Initially, 5G networks have mainly been deployed in larger cities, with the most extensive coverage build-out in countries including the United States, China, South Korea and Switzerland.

Zhao said: "The finalization of R16 is a milestone for the global telecom industry. It indicates that some technological obstacles in standalone 5G networks have been resolved, which will further accelerate the 5G deployment process."

There are two 5Gs, and that is by design. The architecture which purges the network of all radio and communications components and methods from the past while maintaining compatibility with older devices is called stand-alone 5G networks.

The other is non-stand-alone 5G networks which relies on existing 4G infrastructure to operate some functions.

Tang Hai, deputy head of the research institute at Chinese smartphone vendor Oppo, said R16 strengthens 5G's ability to serve industrial applications and improve its efficiency. Its improvements are chiefly mirrored in the industrial internet, connected cars and other industrial use scenarios.

The potential of 5G in the industrial internet dovetails with China's push to accelerate the integrated development of next-generation information technology and manufacturing to foster high-quality development.

Wang Zhiqin, deputy head of the China Academy of Information and Communications Technology, a government think tank, said China has a rich telecom ecosystem and vibrant industrial chain, with many pilot projects for industrial applications.

Zhao from Ericsson also highlighted the importance of coordinated efforts and simultaneous development of network construction, chips, telecom equipment, smartphones and industrial applications to fuel the deployment of 5G.