By Prime Sarmiento in Hong Kong and Karl Wilson in Sydney 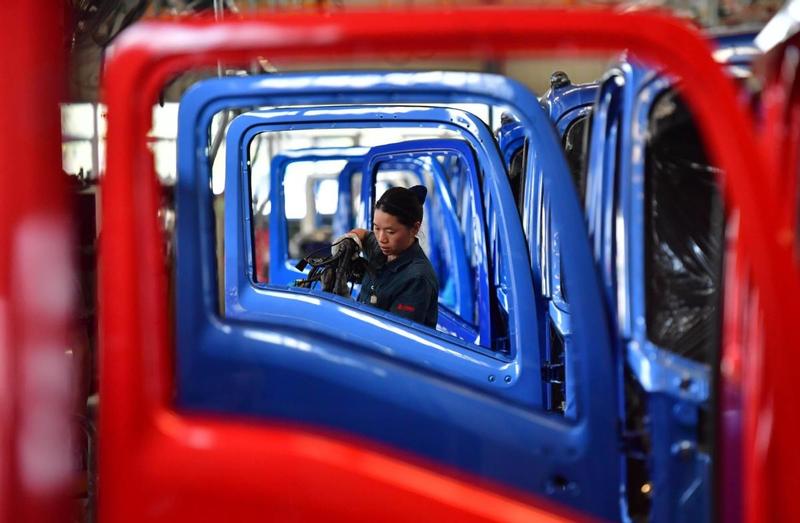 Bouncing back from its year-on-year contraction in the first quarter, the world’s second-biggest economy posted 3.2 percent growth in the April-June quarter. The recovery is not only good news for China but also for Southeast Asia. China is the region’s biggest trading partner, key source of investment, and major travel market.

Speaking with China Daily, Pitlo said China’s rebound will revive manufacturing, trade and investment flows that were disrupted by the COVID-19 outbreak. He added this is good news for Southeast Asian exporters of farm products and intermediate goods who rely on the Chinese market.

Pitlo said the region can learn from China’s experience in reviving an economy while keeping COVID-19 at bay. He cited the July 20 video conference meeting among senior officials of the Association of Southeast Asian Nations, China, Japan and South Korea (ASEAN Plus Three). The officials have agreed to cooperate in promoting economic recovery, mitigating the impact of the pandemic and completing the signing of the Regional Comprehensive Economic Partnership (RCEP).

“China, Japan and South Korea took different approaches in dealing with COVID-19 and they can share lessons with ASEAN,” Pitlo said.

Nathan Chow, economist at Singapore-based DBS Bank, said the region is “the prime beneficiary of China’s recovery, especially on manufacturing and trade fronts”.

Chow said Southeast Asia is now China’s biggest trading partner, outranking even other major economies such as the United States and the European Union.

According to latest data released by China’s General Administration of Customs, ASEAN was China’s largest trading partner in the first half. During the period, ASEAN’s 10 member countries together accounted for 14.7 percent of China’s total foreign trade, while China’s trade with the EU and the US declined by 1.8 percent and 6.6 percent, respectively.

Chow said while the US remained China’s largest single-country export market, its share has declined to 15.5 percent, from more than 19.2 percent in 2018. He attributed this to the “increasingly fraught” China-US relationship.

In June, Singapore and Cambodia signed an agreement with China to fast-track business travel, allowing people to make essential business or official trips without having to go through the 14-day quarantine otherwise required.

The creation of travel bubbles is one of the measures that Southeast Asian governments are implementing to jump-start their economies without sacrificing public health.

The region has achieved relative success in curbing the spread of the novel coronavirus. It has fewer confirmed cases, lower fatality rate and higher recovery rate. But shutting borders and enforcing mobility restrictions have also halted investment flows, disrupted the supply chain and slashed tourism revenues. The Asian Development Bank has forecast it expects Southeast Asia’s economic activity to contract 2.7 percent this year owing to a “broad decline” in consumption, investment and trade.

Singapore, the region’s financial and trade center, is in technical recession, with its second-quarter GDP contracting by 12.6 percent.

And Southeast Asia’s three biggest economies posted record low growth rates in the first quarter. Indonesia’s GDP for January to March increased by 2.97 percent — the weakest pace since 2001. Malaysia’s economy expanded at 0.7 percent, the lowest since 2009. Thailand’s economy contracted by 1.8 percent in the first quarter — its worst performance since 2011.

China’s recovery, supported by increased industrial output and economic packages offered by the government, has extended a lifeline to Southeast Asia.

Indeed, the first-half trade data between China and ASEAN is a continuation of a longer trend and is one of the several planks that support this economic partnership.

According to the ASEAN-China Centre, China has been ASEAN’s top trading partner for the last 11 years. Citing data from China’s Ministry of Commerce, the center said bilateral trade rose 9.2 percent to US$641.46 billion in 2019.

China is also the top travel market for ASEAN, posting over 29 million arrivals in 2018, according to the ASEAN Statistical Yearbook 2019.

Investment flows between China and ASEAN hit US$236.91 billion in 2019, with China’s investment to ASEAN at US$112.3 billion. The ASEAN-China Centre said ASEAN was the second-largest destination for China’s foreign investment in 2019.

Sandra Seno-Alday, director of the Dalyell Program at the University of Sydney’s Business School, said over the past 10 years, ASEAN has become increasingly dependent on China.

“In fact, in this short time frame, ASEAN moved from being export-dependent to being import-dependent on China,” Seno-Alday told China Daily.

She said China’s “V-shaped recovery could potentially bode well for ASEAN as one of its largest import markets gets back on its feet”.

But analysts are still uncertain if recovery in China and ASEAN will be sustained in the coming months.

For Natixis’ Garcia-Herrero, China’s GDP growth in the second quarter “shows the way to economic rebound”.

But while industrial production has stepped up, she noted that domestic consumption and investment demand are “still on gradual recovery”.