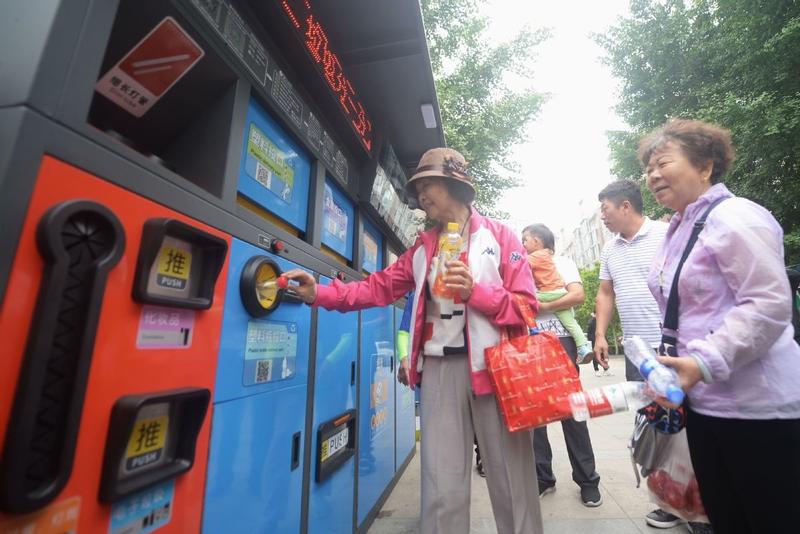 Nine central government bodies have jointly issued a circular on phasing out disposable plastic products, vowing to ensure timely fulfillment of the 2020 target by rolling out law enforcement campaigns at both local and national levels.

Clarifying the responsibilities of each of the bodies and local governments, the document will help address the overlap of duties in the governance of disposable plastic items and pave the way for promoting more environmentally friendly substitutes, the production of which is currently enough to meet the emerging demand, experts said.

Unveiled on Friday, the circular demanded each provincial-level government draft plans by the middle of next month to phase out disposable plastics in their regions. Meanwhile, cities at prefecture level and above should specify measures to be taken for their 2020 targets.

Gao Xing, coordinator of the plastic initiative with World Wide Fund for Nature Beijing Office, applauded the initiative for stressing the responsibility of local governments in the phaseout efforts. The WWF launched its global plastics initiative, No Plastics in Nature, in 2018.

"It included clear requirements for local governments to roll out specific and effective measures to cope with plastic pollution," he said.

ALSO READ: China reveals plan to cut plastic use by 2025

However, Gao also called on the Chinese government to introduce guidelines in a timely manner on the definition, production standards, identification and recycling of substitutes for disposable plastic products.

The duties of the nine government bodies are all specified in the circular.

Different levels of commerce authorities and administrations for market regulation, for example, will be responsible for supervising the phasing-out work in the retail sector, marketplaces, catering businesses and exhibitions. Evidence of violations will be transferred to law enforcement teams at ecology and environment departments, it said.

All local governments should launch enforcement campaigns in key sectors such as shopping malls and supermarkets by the end of August. A joint inspection by the nine central government bodies will be organized by the end of the year, it said.

Wen Zongguo, a professor from the School of Environment at Tsinghua University, said the specification of the duties of different government bodies is important for the country to combat plastic pollution.

"Plastic pollution control involves various government bodies," he said. "The overlapping responsibilities and gaps in supervision management can only be addressed through cooperation of these bodies after their duties are specified."

READ MORE: Use of disposable items down in Shanghai

The circular was released to ensure the implementation of a guideline published in January, which pledged to effectively curb plastic pollution in the country's major cities in five years.

Meanwhile, nondegradable plastic bags are expected to disappear from some major consumption sectors, including shopping malls, supermarkets and restaurant takeout services, in large cities by the end of this year and then in all major Chinese cities and urban areas in coastal regions by the end of 2022.

Zhang Lijun, deputy head of the China General Chamber of Commerce, said the ban will stop the annual consumption of about 300,000 metric tons of disposable plastic straws, tableware and bags by the end of this year.

The country is currently capable of supplying over 400,000 tons of degradable plastic annually, and also has abundant raw materials such as paper and bamboo to produce substitutes, she said.