No roars as Tiger makes return to sounds of silence 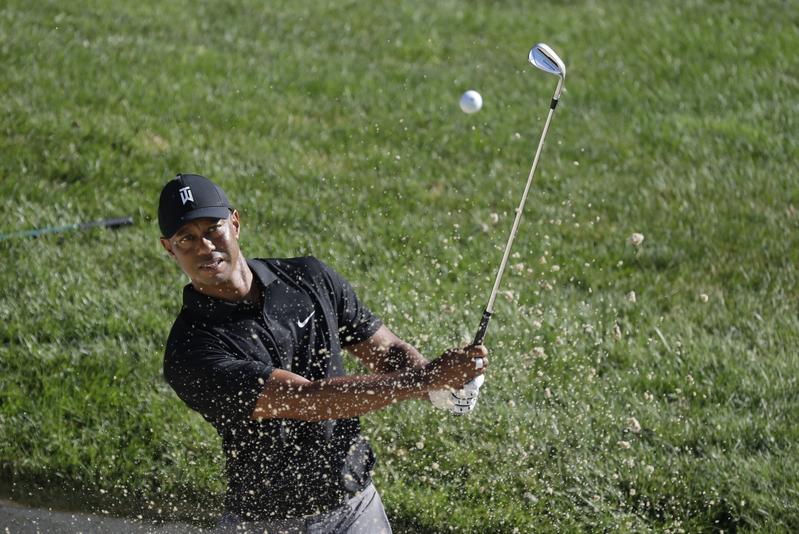 Tiger Woods hits out of a bunker on the 15th hole during a practice round for the Memorial golf tournament, Tuesday, July 14, 2020, in Dublin, Ohio. (DARRON CUMMINGS / AP)

Tiger Woods makes his long-awaited return to competitive golf at the Memorial Tournament in Dublin, Ohio this week and no golfer will feel the impact of the strange new spectatorless world created by COVID-19 than the 15-time major winner.

For his whole career Woods, one of sport’s most recognisable personalities, has been the focus of the golfing world. He is followed by massive galleries and battalions of reporters, photographers and television cameras wherever he plays.

But when he steps onto the first tee at Muirfield Village Golf Club on Thursday for his first competitive round in five months the only sound is likely to be chirping birds, with the PGA Tour having banned spectators for all events this season.

“I’ve had cameras on me since I turned pro, so it’s been over 20-some-odd years that virtually almost every one of my shots that I’ve hit on the Tour has been documented,” Woods told reporters. “That is something that I’ve been accustomed to. That’s something I’ve known for decades.

Woods last competed on the PGA Tour in mid-February when he laboured through a final-round 77 at the Genesis Invitational where he finished last among players who made the cut.

The 44-year-old reigning Masters champion then skipped a number of events with back issues prior to the PGA Tour’s three-month COVID-19 hiatus that began in mid-March and opted to sit out the circuit’s first five events since the break.

Woods, who is one win shy of a record 83 PGA Tour victories, did play a May 24 charity match with Phil Mickelson and Super Bowl-winning quarterbacks Tom Brady and Peyton Manning.

Saying he was unwilling to risk a return to the Tour until he saw how safety protocols would work, Woods made his decision to play only when he felt comfortable enough to do so.

“I just felt it was better to stay at home and be safe,” said Woods. “I’m used to playing with lots of people around me and that puts not only myself in danger but my friends and family.

“That’s something that I looked at and said, ‘Well, I’m really not quite comfortable with that, that whole idea. Let’s see how it plays out first’.”

Woods has watched the PGA Tour restart on his computer and said he was immediately struck by what he saw.

“It was more watching golf to see how it is now, see what our near future, our reality is and our foreseeable future is going to be,” said Woods, who has won the Memorial a record five times. “To have no one yelling, no one screaming, no energy, the social distancing, no handshakes.

“There’s nothing to feed off of energy-wise. There’s no one there.

“I think this is going to set up for not just in the short-term but for the foreseeable future for sure.”