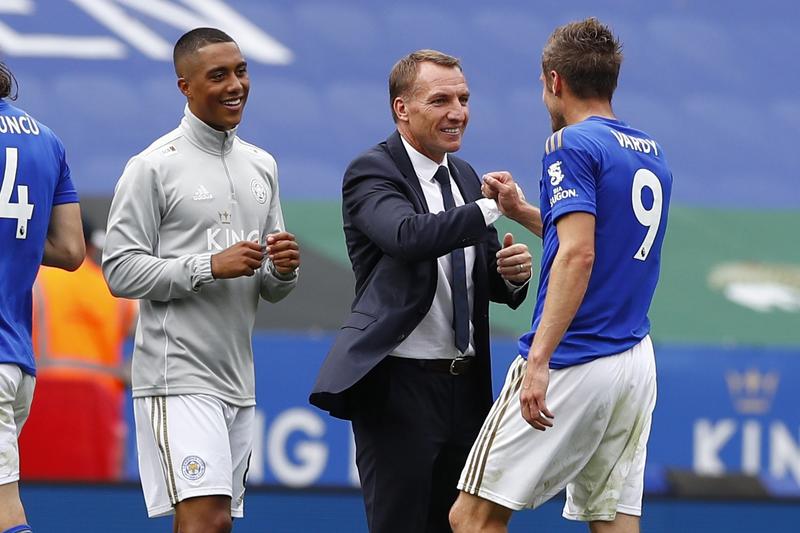 Manager Brendan Rodgers says Leicester City are in a first-class position in their pursuit of Champions League qualification, despite their shock Premier League defeat by Bournemouth at the weekend.

Leicester suffered a 4-1 loss to relegation-threatened Bournemouth on Sunday but remained in the top four on goal difference after fifth-placed Manchester United’s 2-2 draw with Southampton a day later.

With three rounds of fixtures remaining, the battle for the Champions League spots could be settled on the final day of the season when Leicester host United at the King Power Stadium.

“The destiny is always with us, if that’s the case we’re happy to accept the responsibility and pressure,” Rodgers told a news conference on Tuesday.

“That’s all you want and with Chelsea losing and Man United getting pegged back late on there’ll be other results which will surprise as well. We have been up there for so long, we have fought to stay there and we are in a first-class position.

“We’ve had a disappointing result so we have to move on from that. That’s the type of mentality we have always had.”

Leicester duo Ben Chilwell (foot) and midfielder James Maddison (hip) are a doubt for Thursday’s league clash against Sheffield United, while centre back Caglar Soyuncu is suspended for the rest of the season after his red card at Bournemouth.

“We’re obviously still assessing Ben and James game-by-game so we’ll leave it to the last moment to see how they go but (there are) questions marks,” Rodgers said.

“Obviously we’re without Caglar, which is a big blow for us. But we’ll adjust and adapt and prepare a team to get a result on Thursday.”