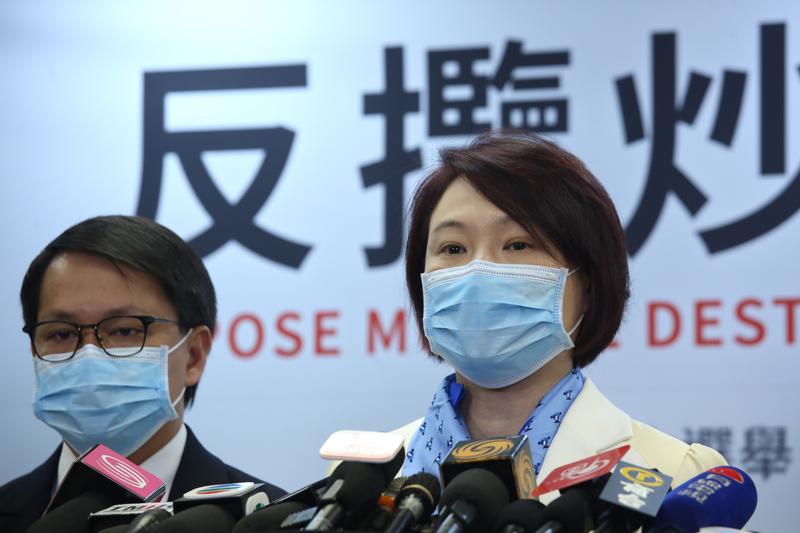 Starry Lee Wai-king (right), chairwoman of the Democratic Alliance for the Betterment and Progress of Hong Kong, announces the party’s candidate list for the upcoming Legislative Council election at a press conference in Tin Hau on Tuesday. CHINA DAILY

Hong Kong's largest political party in the legislature on Tuesday called the September Legislative Council election a “decisive battle” that could affect Hong Kong's future, as it announced 55 members to stand in the polls.

The Democratic Alliance for the Betterment and Progress of Hong Kong warned the election would be an uphill battle, saying that preventing the opposition controlling the legislature is not a matter that concerns only certain parties or groups. The party now holds 13 out of 70 seats.

The election would be an uphill battle, ... preventing the opposition controlling the legislature is not just a matter that concerns only certain parties or groups

The Democratic Alliance for the Betterment and Progress of Hong Kong

DAB candidates told their supporters not to be complacent, urging them to step forward and vote. It is a very difficult time for the pro-establishment camp, so "every vote counts”, they said.

District councilors take up six seats in LegCo. The opposition camp took control of 17 out of 18 districts after last year's District Council elections.

DAB Chairwoman Starry Lee Wai-king, who is running for re-election this year, said the party aims to foil plans by the opposition camp to take control of the legislature, who intend to use it as a bargaining chip to defy the government.

The party struck a different note than the opposition camp in its campaign slogan "Oppose mutual destruction, save Hong Kong”.

The DAB leader said the opposition had made it clear in their political platforms that they would veto the government budget if they have a majority in the legislature, coerce the central government after paralyzing the SAR government, and ask foreign countries to impose sanctions on the city. They would sacrifice Hong Kong and its people by doing so, she warned. 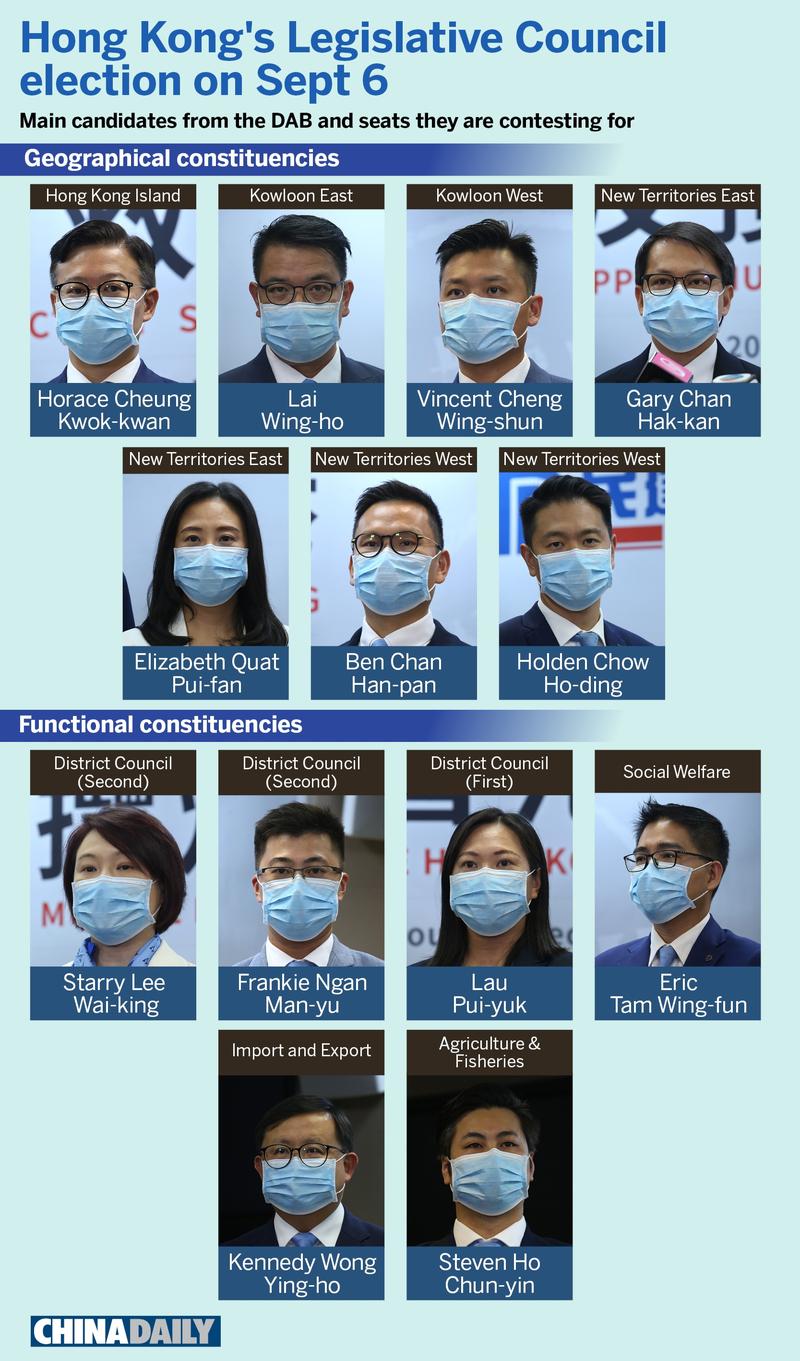 Only a functioning legislature and an effective SAR government can steer Hong Kong out of its unprecedented downturn, revive the economy, protect employment, and tackle deep-rooted issues, such as housing shortage and income gap, Lee said.

Gary Chan Hak-kan, another DAB candidate seeking re-election, also vowed to help restore a responsible legislature. Chan said that in the past year, for the first time, he had heard foul language and seen physical violence during a LegCo meeting.

Recalling vandalism of the LegCo Complex in July last year, followed by a seven-month paralysis of the legislature caused by the opposition filibustering, Chan said lawmakers in the opposition camp have never condemned the violence sweeping Hong Kong, and some had helped fuel the social unrest.

“If the Legislative Council falls under the opposition’s control, it will be a major challenge to society,” he said.

Of the 55 DAB candidates, eight are incumbent legislators seeking re-election.

Candidate Eric Tam Wing-fun, the party’s representative to run for Social Welfare functional constituency, is bracing for fierce competition. He said that if the opposition camp wins a majority of the seats and manages to veto the budget, the interests and well-being of many people will be undermined.