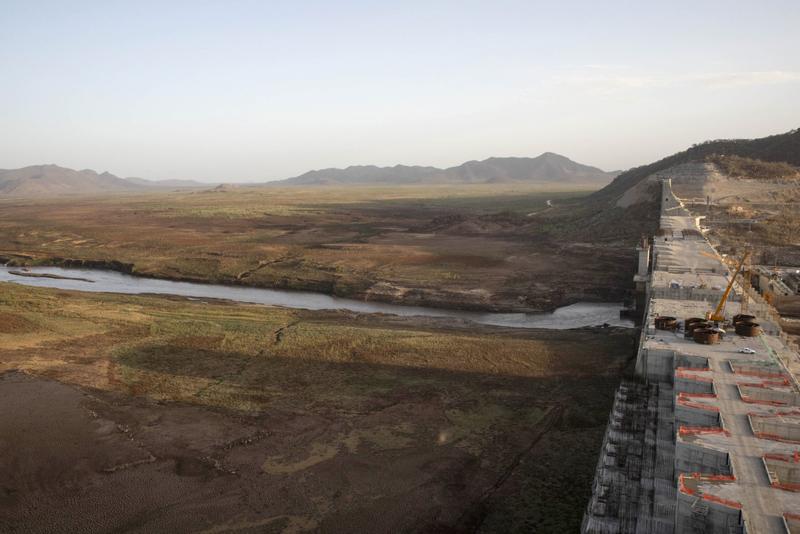 The Blue Nile river flows to the dam wall at the site of the under-construction Grand Ethiopian Renaissance Dam in the Benishangul-Gumuz Region of Ethiopia, on May 21, 2019. (PHOTO / BLOOMBERG)

African Union-brokered talks ended without an agreement on a disputed dam project on the Nile River’s main tributary, potentially ratcheting up tensions between two key US allies on the continent.

The negotiations over the Grand Ethiopian Renaissance Dam in Ethiopia have again foundered over the pace at which the country plans to fill the 74 billion cubic-meter reservoir, stoking Egypt’s concern that it will lose control over its water supply to a regional upstream rival.

The countries and mutual neighbor Sudan will submit final reports to the African Union, which is being led by South Africa, on Tuesday, according to two people familiar with the outcome of the discussions.

Egypt’s Irrigation Ministry said in a statement that the talks had concluded with continuing differences on the main issues regarding the filling and operation of the dam.

The Horn of Africa nation has asserted what it says is its right to fill the reservoir, which is associated with a 6,000 megawatt power plant, at its own pace. Egypt, however, regards an agreement as crucial before damming can begin. At the same time, Ethiopian Prime Minister Abiy Ahmed stands to lose support at home if he doesn’t move ahead with filling the dam, which he describes as vital for the nation’s economic development.

Egypt would see any unilateral filling as a threat to regional peace and security and is keeping all options open as to how it will respond, a government official from the country said, asking not to be identified. In the 1970s, Egypt’s then-leader Anwar Sadat threatened war if the dam was built.

The Horn of Africa nation has asserted what it says is its right to fill the reservoir, which is associated with a 6,000 megawatt power plant, at its own pace

While Egypt’s stance has been more conciliatory in the negotiations that have spanned much of the past decade, it has already involved both the US and the United Nations Security Council in the dispute in a series of meetings that have also failed to make a breakthrough.

In a June 29 letter to the Security Council, Egypt vowed to “uphold and protect the vital interests of its people.” It went on: “Survival is not a question of choice, but an imperative of nature.”

The Egyptians want a discrete agreement relating only to the dam and believe that Ethiopia is seeking to redraw a so-called colonial-era agreement to grant itself more control of the flow of Africa’s longest river, the official said.

Another point of contention is the talks over mechanisms for any further disputes, another person associated with the talks said. Ethiopia wants disputes to be sorted out between Egypt, Ethiopia and Sudan and if that fails, within the African Union. Egypt wants the right to appeal to international bodies such as the UN. 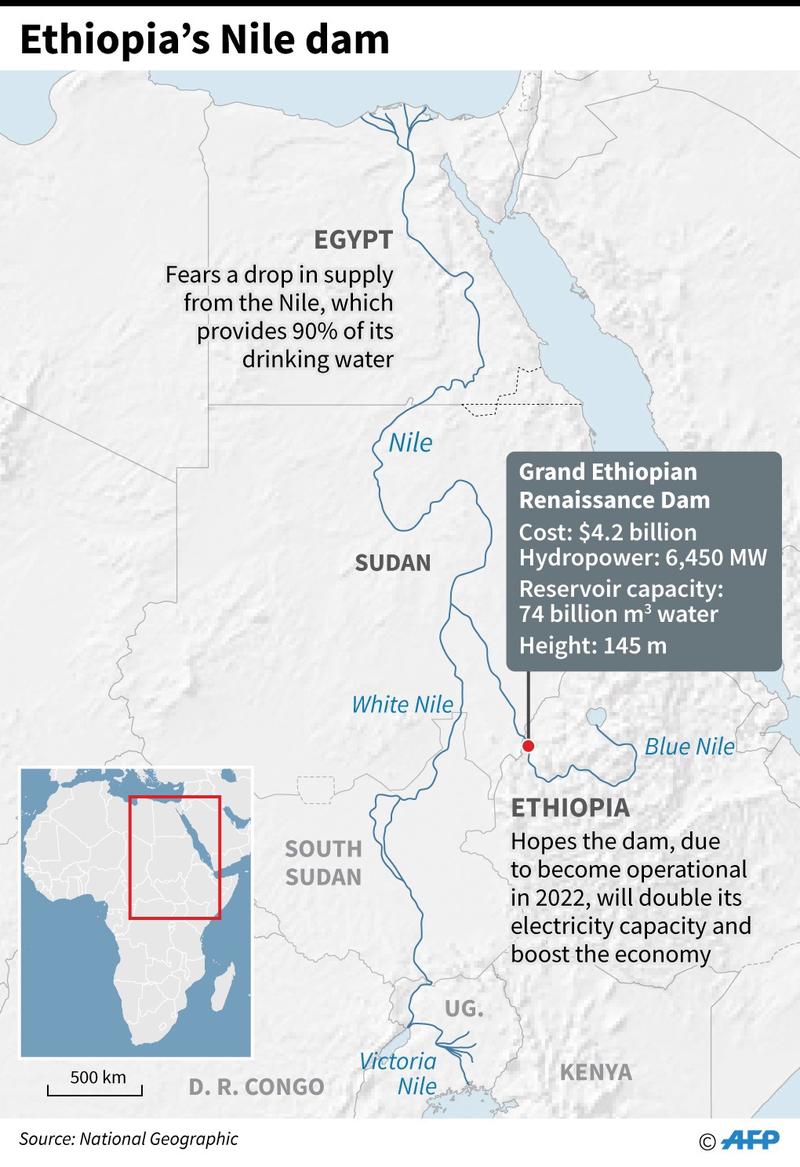 Sudan has expressed similar concerns to Egypt over the construction and plans for the use of the dam. Ethiopia has long claimed its neighbors have no reason to fear an impact of Nile flows and says high rainfall make this year a propitious time for filling. In a June 26 letter to the UNSC, the country alleged a policy of “impeding any water use by Ethiopia.”