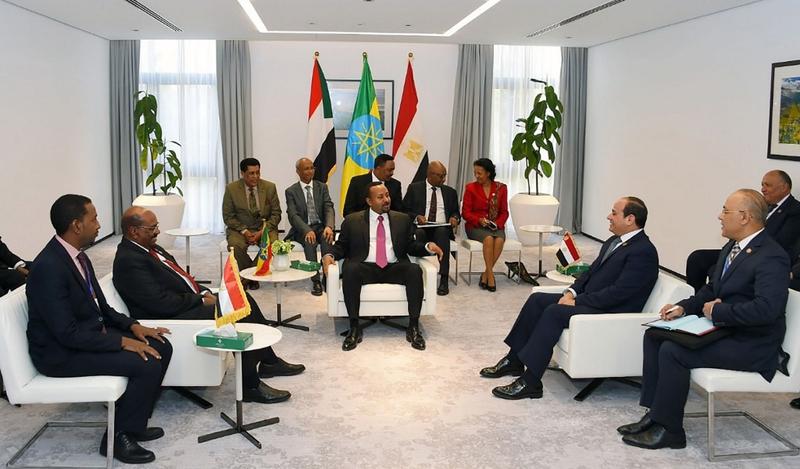 CAIRO — Egyptian Foreign Minister Sameh Shoukry announces on Thursday that the meeting held in Washington over the Grand Ethiopian Renaissance Dam (GERD) has ended with "a clear timetable for filling and operating the dam."

"The US-brokered talks over the controversial dam being constructed by Ethiopia on the Nile River brought positive results," the ministry said in a statement on its facebook page.

Egypt, Ethiopia and Sudan have agreed on a timetable for reaching an agreement to set the rules for filling and operating GERD, it said.

After four urgent meetings with participation of the three countries' water resources ministers, along with representatives of the US and the World Bank, they agreed on "filling and operating the dam in two months starting from Jan. 15, 2020

The meeting gathered on Wednesday the foreign ministers of Egypt, Ethiopia and Sudan, the US and the World Bank representatives.

After four urgent meetings with participation of the three countries' water resources ministers, along with representatives of the US and the World Bank, they agreed on "filling and operating the dam in two months starting from Jan. 15, 2020," it said.

There will be another two meetings in Washington on the invitation of the US Ministry of Treasury to evaluate the course of progress in the negotiations, the statement added.

Shoukry stressed Egypt seeks to reach a balanced agreement that enable Ethiopia to achieve the goal of founding the dam, which is generating electricity, without touching Egypt's water interests and rights, given the Nile water is a matter of existence for Egypt.

Egypt said in October that recent negotiations with Ethiopia and Sudan over the GERD reached a deadlock, calling for international mediation.

Later in October, Egyptian President Abdel-Fattah al-Sisi and Ethiopian Prime Minister Abiy Ahmed met in Russia and agreed to resume the work of the technical committee studying the processes of filling and operating the dam.

Filling the reservoir, whose total capacity is 74 billion cubic meters, may take several years. While Ethiopia asked to fill it in five to six years, Egypt seeks to prolong the period to avoid the negative effects of water shortage, which is a main point of their talks.

The GERD is expected to produce over 6,000 megawatts of electricity and to be Africa's largest hydropower dam upon completion.