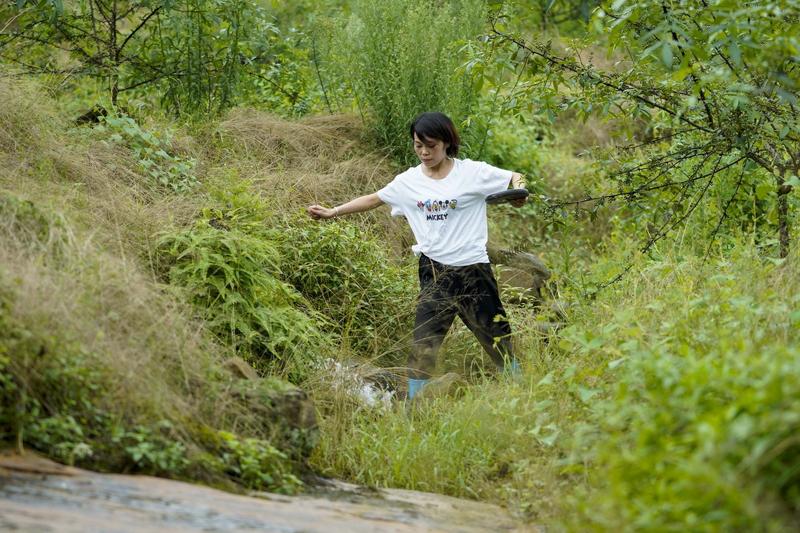 CHONGQING－At the onset of the flood season in June this year, Hou Fang decided to keep a whistle and a gong by her bedside every day.

"I can grab them immediately in case of an emergency and rush out to blow the whistle and beat the gong so everyone can hear it."

Hou works as a disaster management worker in Yonggang village, Yongchuan district, Southwest China's Chongqing city. Located in an area prone to geological hazards, nearly 150 residents of the village are under potential threat because of heavy rain and floods that caused the ground to sink.

In order to improve awareness of disaster prevention among the villagers, Hou conducted a drill last month. She informed the people that they must run outside to safety whenever they hear the whistle and gong.

"Most of the villagers are elderly people. It will take too much time to call them one by one if there's an emergency. Striking the gong may seem like an outdated method, but it works," Hou says.

Being a disaster management worker for more than three years, Hou has accumulated lots of knowledge about disaster prevention.

Hou keeps a whistle and a gong by her bedside every day in case of emergency. (LIU CHAN / XINHUA)

Hou recently stepped up inspections on a slope as the earth expanded after absorbing water, causing cracks on the slope.

"I squeezed small pebbles in those cracks. Every time I come here, I check the position of the pebbles to see if there are any changes. If they fall down, it indicates that the cracks are widening. And I need to report the situation promptly," she says.

"There are around 60 localities in Yongchuan (that are) vulnerable to geological hazards," says Liu Daijian, head of the geological and seismic monitoring center of Yongchuan district. "Each locality has a relief worker like Hou, as well as other geological personnel. They work as disaster watchmen on the frontlines to ensure the safety of locals."

The geological workers have been playing an important role in protecting people's lives and property during the flood season, Liu adds.

Chongqing has been battered by torrential downpours and seen rising water levels in local rivers. The city has initiated a level-three response to flooding on July 5.

"Several spells of heavy rainfall have brought huge flood control pressure to the district since late June," says Su Xianyang, a community official of Jiangjin district, Chongqing, who witnessed floods engulf streets and houses on the river bank and in low-lying areas.

Su adds that people in the community could be evacuated and relocated due to appropriate actions in advance.

In Qijiang district, many community volunteers have joined in the flood mitigation efforts, beating gongs and yelling out to notify residents before each rainstorm.

"Hopefully, we can make it through the flood season with everyone's efforts," Su says.