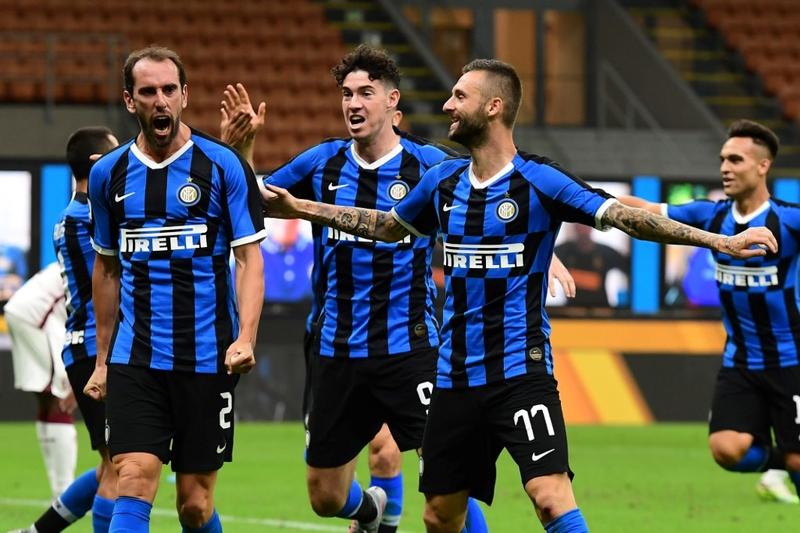 MILAN - Inter Milan staged an impressive second-half revival to beat Torino 3-1 and move up to second place in Serie A on Monday as they bounced back after letting victory slip from their grasp in their two previous games.

Inter moved on to 68 points, ahead of Lazio on goal difference as the sides are level on their head-to-head records. They are eight points behind Juventus with six games to play.

Andrea Belotti pounced on a mistake by Inter goalkeeper Samir Handanovic to give Torino the lead in the 17th minute but Ashley Young, Diego Godin and Lautaro Martinez replied in a 13-minute spell after the break.

Inter were dismal in the first period and the transformation after the break suggested they had been subjected to one of coach Antonio Conte’s famous roastings at halftime.

“It was a very good performance with over 60 percent possession, 20 shots on goal, nine corners to two,” said Conte. “The lads did well. That goal could have made us nervous but they stayed on their feet and kept playing and finding the goal.”

Having squandered the lead in a 2-1 home defeat by Bologna and again in a 2-2 draw at Verona on Thursday, Inter were in more trouble following a rare Handanovic mistake.

The Slovenian keeper went up to catch a corner at the far post under no real pressure but dropped the ball at the feet of Belotti and the striker known as the Rooster gratefully tapped it into a empty net to score for the sixth league game in a row.

Torino nearly had a second goal but this time Handanovic did well to stop an awkward Cristian Ansaldi shot at the foot of the near post.

Young began the revival four minutes after halftime, volleying past Salvatore Sirigu after the ball was headed down by Martinez.

The third followed just after the hour with Sanchez again involved as he won possession in midfield, burst forward and laid the ball off to Martinez whose shot was deflected over Sirigu for his 13th goal of the season.

Belotti then headed against the bar for Torino but Inter also had several good chances to add to their score.