China's exports, imports up in June 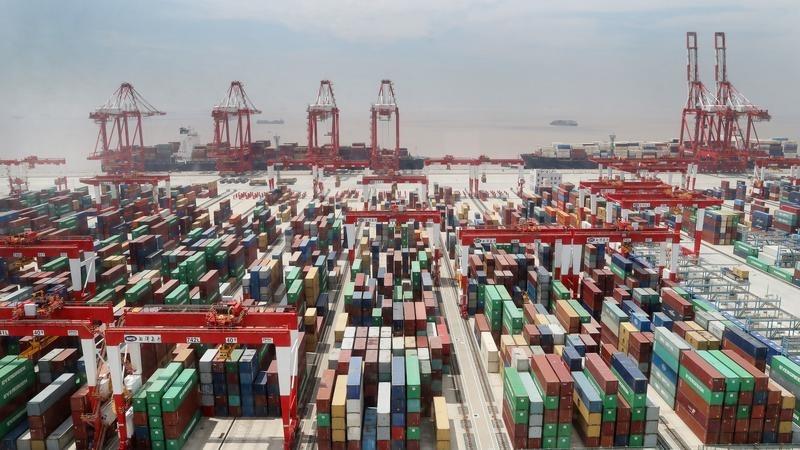 The country registered better-than-expected foreign trade performance in the first half of the year, said Li Kuiwen, spokesman of the General Administration of Customs (GAC) at a news conference.

Foreign trade of goods went down 3.2 percent year-on-year in the first half to 14.24 trillion yuan (about US$2 trillion), narrowing by 1.7 percentage points compared with the decrease for the first five months.

The country registered better-than-expected foreign trade performance in the first half of the year, said Li Kuiwen, spokesman of the General Administration of Customs (GAC) at a news conference

Following the turbulence in the first quarter, imports and exports of the second quarter showed signs of recovery and stability, and the exports have risen for three consecutive months, Li said.

Trade with the European Union and the United States decreased 1.8 percent and 6.6 percent, respectively, during the period, GAC data showed.

Combined trade with countries along the Belt and Road saw a slight decline of 0.9 percent year-on-year to 4.2 trillion yuan in H1, 2.3 percentage points lower than the country's overall decrease in foreign trade.

READ MORE: China's exports up 1.4% in May amid pressure

Exports of epidemic prevention supplies grew rapidly with sales of medicines and pharmaceutical products, and medical equipment expanding by 23.6 percent and 46.4 percent, respectively.

Noting that China's exports and imports continue to face a grim and complicated situation in the second half of this year, Li said the country's foreign trade is resilient and has more leeway. He assured that more efforts will be made to ensure stable and high-quality foreign trade.