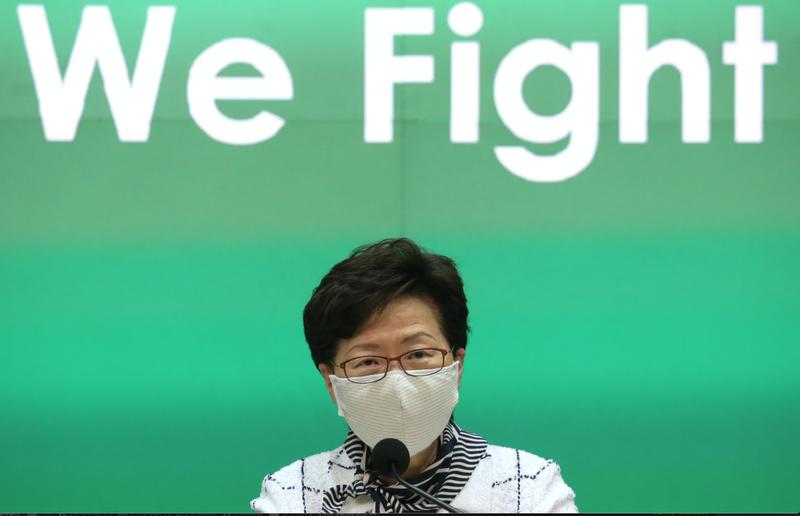 HONG KONG -  Hong Kong brought back a slew of restrictive measures Monday evening after the city recorded 52 new cases of coronavirus, including 41 that were locally transmitted and its eight death.

At a press conference held after an Executive Council meeting, Chief Executive Carrie Lam Cheng Yuet-ngor announced that starting Wednesday, there would be a ban on gatherings of more than four people at a time.

Carrie Lam Cheng Yuet-ngor announced that starting Wednesday, there would be a ban on gatherings of more than four people at a time

Also, no more than four patrons would be allowed at each restaurant table and there would be a seven-day ban on dine-in service from 6 pm to 5 am.

This apart, the government also announced a week's closure of 12 types of establishments and made wearing of masks mandatory on public transportation. Failure to put on a mask while using public  transportation could attract a fine of HK$ 5,000. Lam strongly encouraged the private sector to allow employees to work from home.

Border control will also become stricter to prevent imported cases, as inbound visitors, who have traveled to high-risk areas during the past 14 days, should have tested negative for the new coronavirus before boarding flights to Hong Kong.

Lam said Hong Kong will step up virus-test efforts and expects the testing capacity of public institutions to reach 8,000 samples a day next month. The government also plans to rope in two mainland private institutions to help conduct tests for more than 400,000 high-risk people this week, including staff members of nursing homes and restaurants and taxi drivers, Lam said.

The measures came following announcement of latest figures by health authorities as worries over an escalating third wave of infections in the global financial hub grow.

The Centre for Health Protection shared the latest figures on Monday afternoon.

Last week, the government brought back some social-distancing measures, including limiting the number of patrons per table at restaurants to eight, and increased testing among public transport, retail and care home employees. 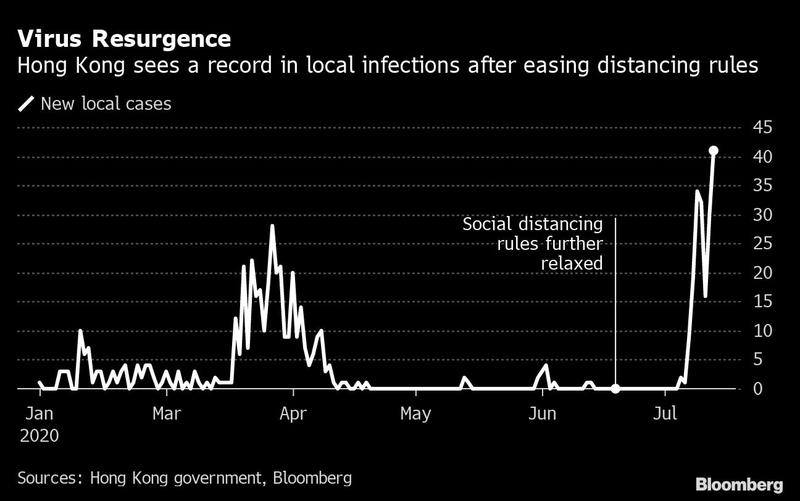 Of Monday’s record-high 41 locally transmitted cases, the source of 20 remained unknown, according to the city’s Centre for Health Protection which put linked the remaining 21 patients to previous infection clusters.

The total number of infections in Hong Kong stands at 1,521, with eight related deaths. The latest fatality was recorded on Monday evening when a 95-year-old woman with chronic diseases succumbed to the virus. She was believed to have caught it at an elders’ home which is being seen as a hotspot and had been admitted to hospital on Friday.

With inputs from Gu Mengyan 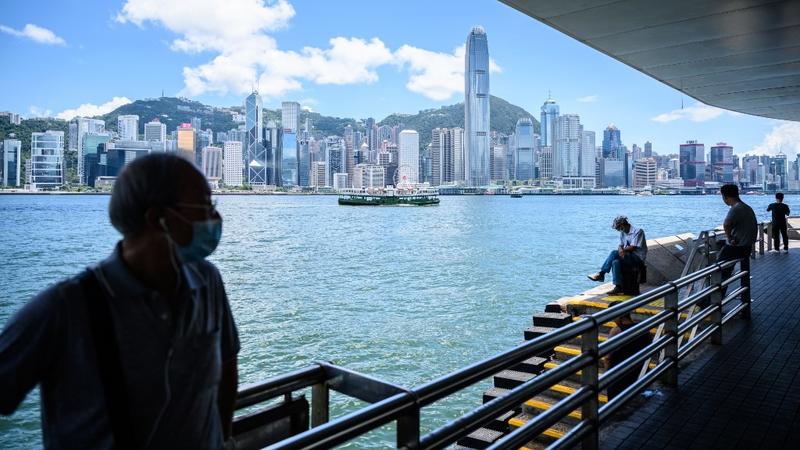 People wear face masks as they visit a promenade on the Kowloon side of Victoria Harbour, which faces the skyline of Hong Kong Island, in Hong Kong on July 13, 2020. (ANTHONY WALLACE / AFP)