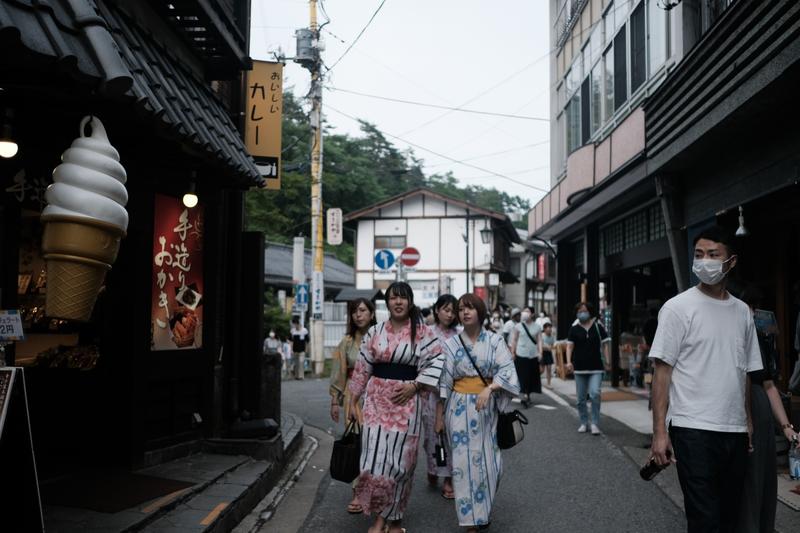 A Japanese government campaign to spur domestic tourism has drawn both enthusiasm and ire, with some social media users telling urbanites to stay away from rural areas after Covid-19 cases hit a record high in Tokyo.

The government aims to subsidize as much as half of eligible domestic travel costs through discounts and coupons during its “Go To Travel” campaign. The campaign start was moved forward to July 22 – ahead of a four-day weekend – from August, Tourism Minister Kazuyoshi Akaba said Friday.

“Despite the impact of the coronavirus crisis, people have passionate expectations for travel,” he said.

Despite the government’s push, “Please don’t come here” was a common theme in tweets from those outside the capital. Others asked whether official assurances that the health system still has room to handle new cases would still apply if infections spread outside major cities.

The pandemic has been felt differently across Japan’s 47 prefectures. Tokyo confirmed 243 new virus cases on Friday, a fresh daily record, 206 on Saturday and another 206 on Sunday. Meanwhile, Iwate, located on the coast northeast of Tokyo and offering the prospect of cooler summer weather than the capital, has had no confirmed cases at all.

“I know it’s painful if we don’t get the economy moving, but my prefecture’s been at zero this whole time,” one tweet on Friday read. “Rethink the Go To campaign.”

It would be best to flexibly adjust the applicable areas and dates in response to local infection conditions.

The campaign is the tourism component of a broader initiative to aid local economies sapped by the pandemic. Border controls prompted by the virus saw the country’s international tourism boom of the past several years abruptly vanish.

Just 1,700 foreign visitors arrived in May, down 99.9 percent year-on-year for the second month running. Before the crisis, Japan had targeted 40 million visitor arrivals in 2020.

While kicking off cheaper travel during a holiday period sounds like an effective economic tonic, “it shouldn’t be applied to trips to and from areas where community spread is feared at the moment,” Izuru Makihara, a professor of Japanese politics and public administration at the University of Tokyo, said by email.

“It would be best to flexibly adjust the applicable areas and dates in response to local infection conditions.”

Kentaro Iwata, a professor of infectious diseases at Kobe University, tweeted Friday that Tokyo has fully entered the second wave of the pandemic. Responding to the “Go To Travel” launch date, he suggested the same “peer pressure” that has driven Japanese residents to voluntarily take measures against the virus is now being used to justify safety in numbers.

For those in the hotel and travel industry, it’s elicited a mixed reaction. Kenichi Furutachi, a spokesman for hotel Taibokaku in southern Japan said “I’m grateful for the initiative given how much hotels are struggling.” But the sudden decision to bring the campaign start date forward has also created confusion on the ground, he said.

Yuta Okumura, director of a traditional Japanese-style hotel in western Ehime prefecture, was also glad the government is taking steps to bring back guests. But he was also aware of the criticisms leveled against it.

Keisuke Nagata, manager of guest house Ise Pit said that if he refused all guests from the greater Tokyo area he’d find it hard to keep his business going.

ALSO READ: Japan will not yet invoke emergency despite spike in cases

The government is keeping to plans to reopen the economy despite the recent spike in infections. Officials say the situation has changed since April, when rising cases triggered a nationwide state of emergency that lasted into May.

They attributed the latest surge to increased testing, particularly connected with nightclubs, and emphasized that the medical system hasn’t been overwhelmed.

Yasutoshi Nishimura, the minister in charge of Japan’s coronavirus response, took a slightly more guarded tone at a news conference on Sunday, saying Japan must proceed with caution.

“We ask that those who feel ill not go out in the first place, and refrain from moving beyond their prefectures,” he said.

“We are at a stage where we need to aim to both prevent the further spread of infection, while maintaining economic and social activities.”