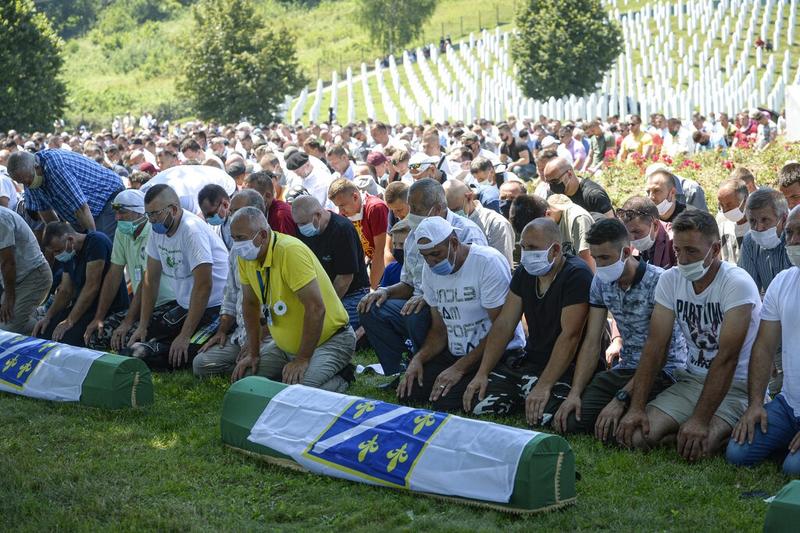 Bosnians pray by the coffins of nine newly identified victims of the Srebrenica genocide during the Bosnian war, in Potocari, near Srebrenica, Bosnia, on July 11, 2020. (KEMAL SOFTIC / AP)

SREBRENICA - Bosnians commemorated on Saturday the massacre of about 8,000 Muslim men and boys in Srebrenica, marking the 25th anniversary of killings that shocked the world and have stood out as Europe's only atrocity since World War II constituting genocide.

Nine newly identified victims were buried at a flower-shaped cemetery near the town, where tall white tombstones mark the graves of 6,643 other victims.

On July 11, 1995, the Bosnian Serb forces commanded by General Ratko Mladic overran Srebrenica, sending women and children away while capturing and executing about 8,000 men and boys they found

"After 25 years we succeeded in finding his mortal remains, so they can be laid to their final rest," said Fikret Pezic, who buried his father Hasan.

The remains of some 1,000 victims of the massacre in the eastern town during Bosnia's 1992-1995 war are still missing.

Ifeta Hasanovic decided to bury incomplete remains of her husband, saying: "We were aware they cannot be complete after 25 years, at least there are some, I did not want to make any new delays." 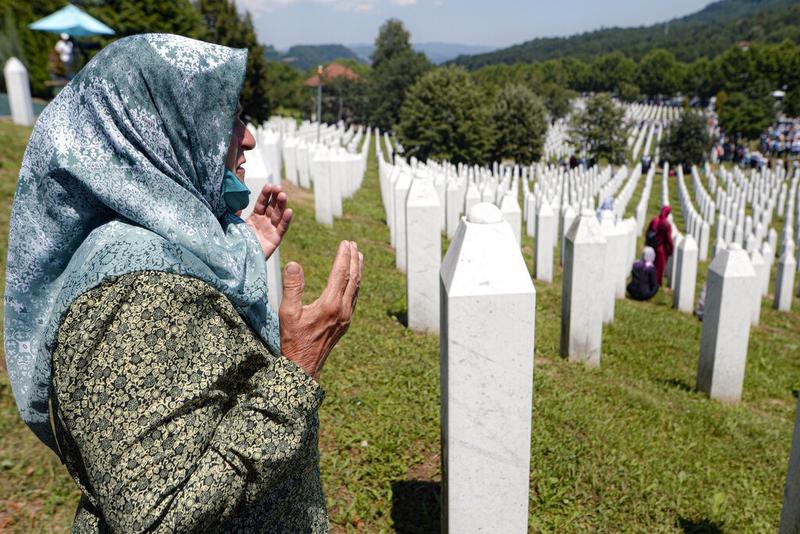 A woman prays during the funeral of nine newly identified victims of the Srebrenica genocide during the Bosnian war, at a cemetery in Potocari, near Srebrenica, Bosnia, July 11, 2020. (KEMAL SOFTIC / AP)

World leaders addressed the ceremony by video link, unable to attend because of coronavirus epidemic. Instead of the tens of thousands visitors who typically attend the commemoration each year, only a few thousand came after organisers banned organised visits.

During the Bosnian war, Bosnian Serb forces pushed non-Serbs out of territories they sought for their Serb statelet. Fleeing Muslims took shelter in several eastern towns, including Srebrenica, that were designated as United Nations (UN) "safe zones".

On July 11, 1995, the Serb forces commanded by General Ratko Mladic overran Srebrenica, which was protected by lightly armed Dutch peacekeepers.

They sent women and children away and captured and executed the men and boys they found. The bodies were dumped into mass graves and later exhumed by UN investigators and used as evidence in war crimes trials of Bosnian Serb leaders. 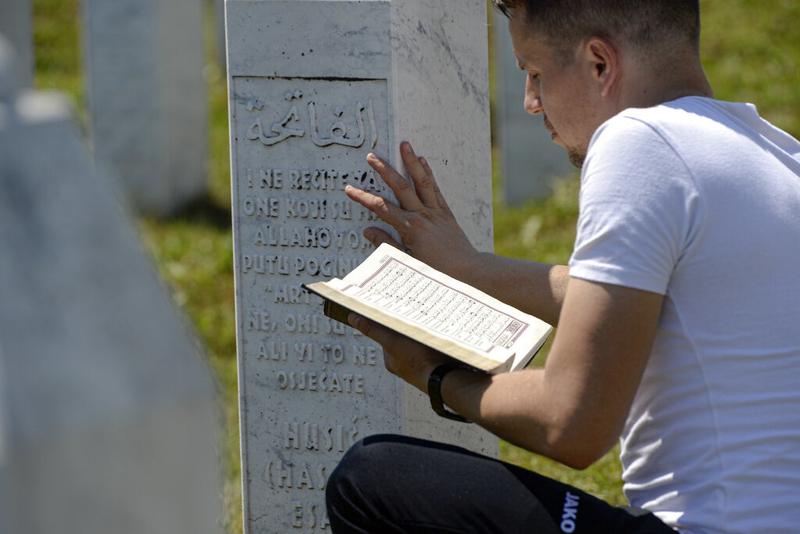 "We grieve with the families that tirelessly seek justice for the 8,000 innocent lives lost, all these years later," said US Secretary of State Mike Pompeo. Washington brokered Bosnia's peace deal months after the massacre.

Most people at the commemoration were Muslim Bosniaks, reflecting conflicting narratives about the bloodshed - which hinders reconciliation nearly 25 years after the end of war in which about 100,000 people were killed.

The UN war crimes tribunal for the former Yugoslavia convicted Mladic and his political chief Radovan Karadzic over Srebrenica genocide but they remained heroes for Serbs, many of whom deny that genocide happened. 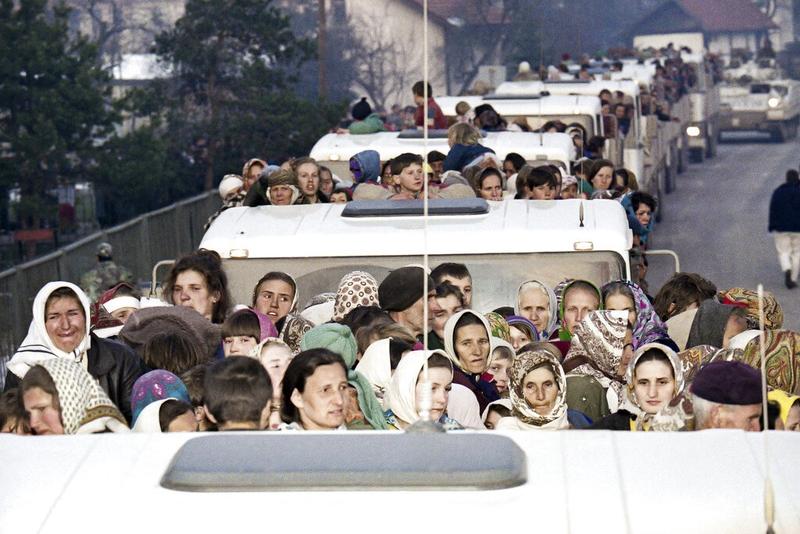 In this March 29, 1993 file picture, more than 2,000 refugees from the then besieged Muslim enclave of Srebrenica arrive on a United Nations convoy, in Tuzla. (MICHEL EULER / AP)

On Saturday, the Serbs in the nearby town of Bratunac organized an event marking July 11 as the "Srebrenica Liberation Day".

Sefik Dzaferovic, the Bosniak chairman of Bosnia's tripartite presidency, called for legislation that would ban denial of genocide.

"There can be no trust as long as we witness attacks on the truth, denial of genocide and glorification and celebration of executors," Dzaferovic told the commemoration gathering.