Croatia and Bulgaria step closer to joining the euro 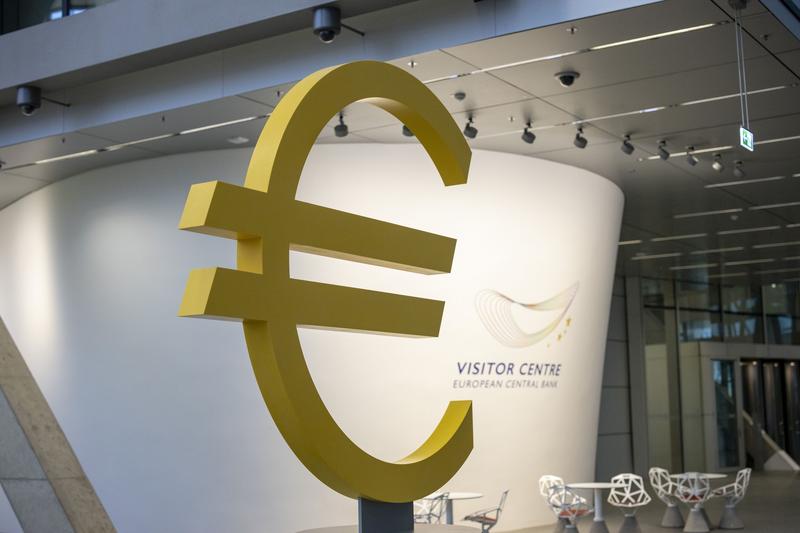 A euro currency symbol sits on display in the visitor center at the European Central Bank (ECB) building in Frankfurt, Germany, on Nov 4, 2019. (PHOTO/BLOOMBERG)

Croatia and Bulgaria are set for approval to join the waiting room to adopt the euro in what would be the first step toward expanding the currency union since 2015.

The decision to allow the two eastern European countries into what’s known as ERM-2 is likely to be taken by euro-region finance ministers meeting Thursday and Friday, according to people familiar with the situation.

Two sources said the decision was likely to be announced outside market hours, probably over the weekend, to prevent market speculation.

"We laid the ground for Croatia and Bulgaria to join the euro," the head of the Eurogroup of euro zone finance ministers, Mario Centeno, said on Thursday in a statement recapping the results of his 2.5-year presidency, which will end this week.

Officials said some minor issues remained to be settled in the coming hours. They could delay the announcement beyond the weekend, but were unlikely to derail the decision on accession to the ERM-2 exchange rate mechanism. 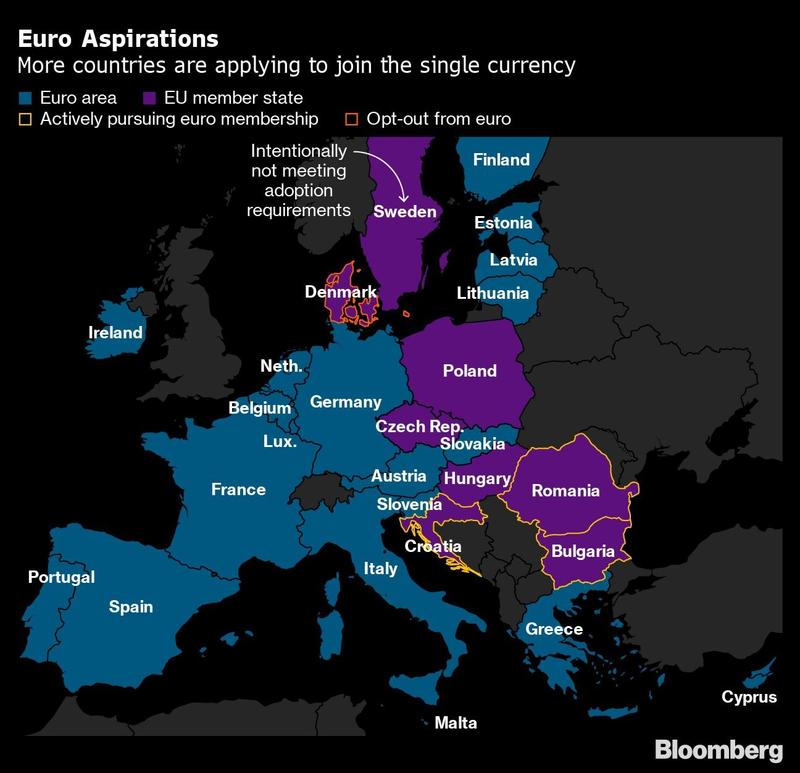 An announcement from the European Central Bank will follow after close of business on Friday, the two people said, asking not to be identified discussing private talks. Spokesmen for the ECB declined to comment.

Switching to the euro, which remains second only to the US dollar as a global reserve currency, is seen in the continent’s east as a means of boosting investment and, in some cases, drawing a line under the region’s communist past

The move underscores the currency’s continued allure, despite the debt crisis that followed 2008’s global financial collapse and repeated predictions of the bloc’s demise. Switching to the euro, which remains second only to the US dollar as a global reserve currency, is seen in the continent’s east as a means of boosting investment and, in some cases, drawing a line under the region’s communist past.

The last country to make the change was Lithuania five years ago. The other four existing eastern members are Estonia, Latvia, Slovakia and Slovenia.

The ECB will set a base rate for the conversion of Croatia’s kuna and Bulgaria’s lev into euros as soon as Friday, the people said. After that, the two currencies will be allowed to fluctuate within a band of plus or minus 15 percent from this rate. Assuming the peg holds without any market pressure for at least two years, the two countries could then formally join the euro area.

A third official cautioned that the eventual adoption of the euro is a political decision, and tied to a series of criteria of which a smooth peg to ERM-2 is only a part. The earliest possible date for the adoption is Jan 1, 2023, the official said.

The lev is already pegged to the euro, while the kuna fluctuates within a tight band as part of the two countries’ preparations for joining the currency blog. They’ve also had to keep inflation, government debt and budget deficits in check to qualify for the switch.