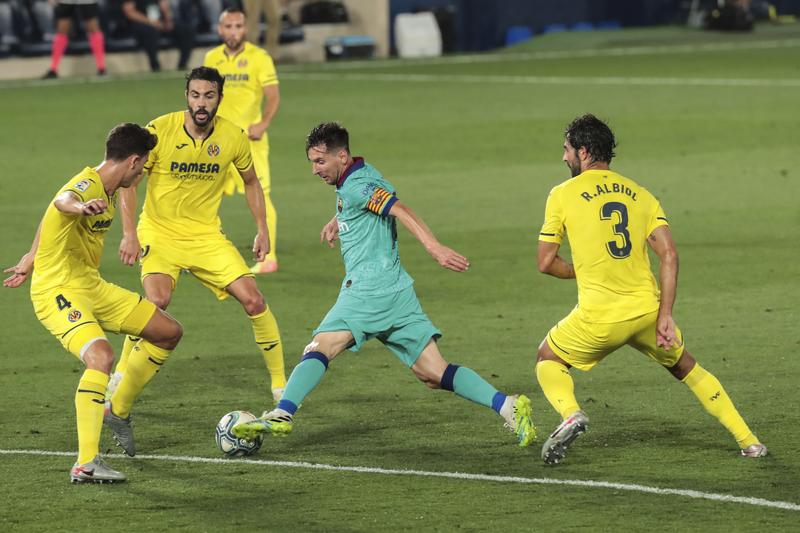 MADRID — FC Barcelona produced one of their best performances of the season to keep their hopes of retaining the La Liga title alive with a 4-1 win away to Villarreal on Sunday.

Barca went into the game seven points behind Real Madrid and coach Quique Setien started with Luis Suarez, Leo Messi and Antoine Griezmann in attack and was rewarded with his side's best 45 minutes football since the restart.

Setien's men opened the scoring with an own goal in the third minute when Pau Torres put the ball into his own net under pressure from Griezmann after a low cross from Jordi Alba.

Barca went into the game seven points behind Real Madrid and coach Quique Setien started with Luis Suarez, Leo Messi and Antoine Griezmann in attack and was rewarded with his side's best 45 minutes football since the restart

Villarreal were soon level in a frantic half with Gerard Moreno scoring from eight yards out after Marc Andre Ter Stegen parried Santi Cazorla's low drive.

Barca retook the lead after great work from Messi, who teed up Suarez to curl the ball into the far corner of the net and Messi was to be the provider again before the break as he backheeled for Griezmann to clip the ball over the stranded Sergio Asenjo from outside of the Villarreal area.

Barca continued to dominate after the break and Messi looked to have made it 4-1 in the 70th minute after a long passing move, but the goal was ruled out by the VAR for a tight offside from Arturo Vidal.

Martin Braithwaite also went close but was well closed down by Asenjo before Ansu Fati finally netted the fourth with four minutes left to play with an excellent individual goal and there was still time for Messi to hit the crossbar with a free-kick. 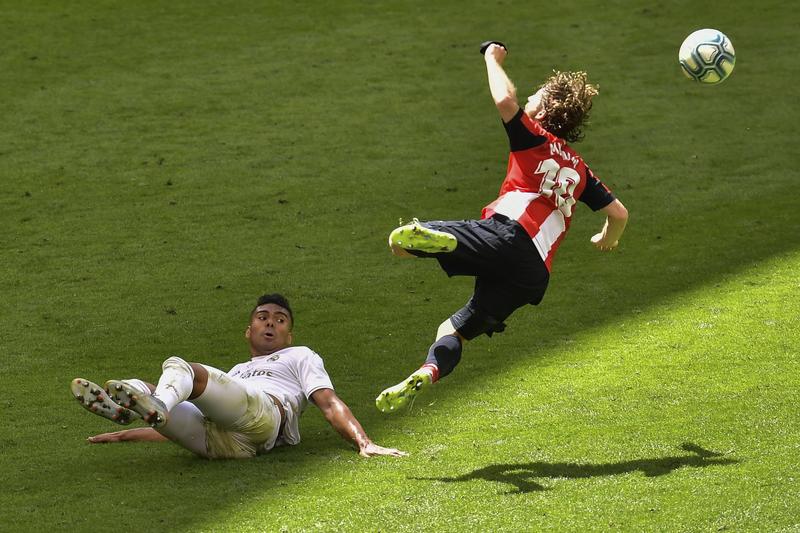 Earlier in the day Real Madrid won a controversial game 1-0 away to Athletic Club Bilbao thanks to a 71st minute Sergio Ramos penalty given after the referee Gonzalez Gonzalez consulted the VAR.

The home side felt they too should have had a penalty when Ramos clearly stepped on Raul Garcia four minutes later, but this time the referee chose not to check the images and played on.

Sunday's other games saw a tedious 0-0 draw between Osasuna and Getafe, while Leganes maintain a slight hope of survival after a 1-0 win away to Espanyol in a duel between La Liga's two bottom clubs. Espanyol will be relegated if they lose away to Barcelona on Wednesday night.