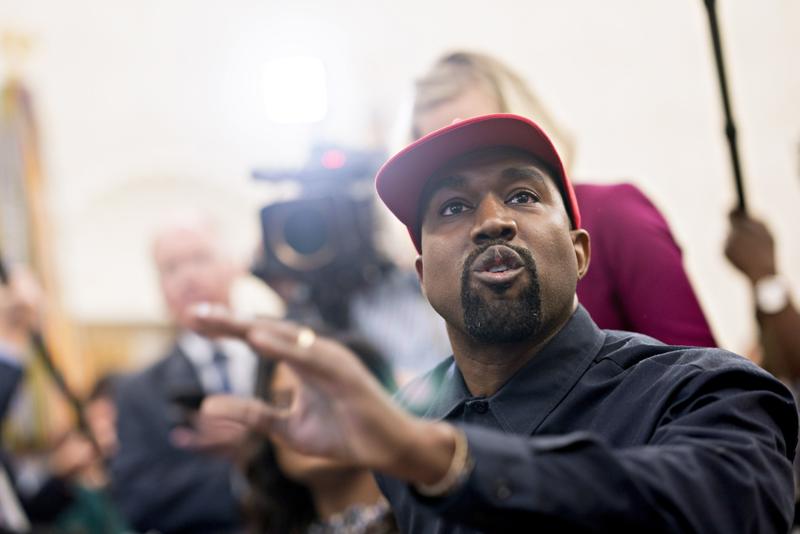 In this undated photo, Kanye West speaks in the Oval Office of the White House in 2018. (PHOTO / BLOOMBERG)

Kanye West says he’s running for president. It’s not clear if the musician is serious, or if this is a publicity stunt for himself or a project unrelated to the presidency.

West’s Saturday night Twitter post instantly went viral, with more than 100,000 retweets within the first hour. West has 29.4 million followers on Twitter. ‘Kanye’ quickly became the number one trending term on Twitter in the US.

If West is serious, there is a long list of hurdles toward running that would be nearly insurmountable for most candidates, including starting a campaign from scratch in July of an election year. He would need to qualify for ballot access across 50 states and the District of Columbia, as well as build a presidential-grade political organization from scratch without the support of a party infrastructure.

At the moment, West doesn’t appear to have filed forms with the Federal Election Commission to run for office, according to a Bloomberg review of FEC data.

West, 43, has talked about running for president for years, and last year told an audience he’d run for president in 2024. He and his wife, Kim Kardashian West, have worked with President Donald Trump a number of times including on the release of prisoners. West donned a red “Make America Great Again” hat for a meeting with Trump in the Oval Office in 2018.

Meanwhile, the retweets continue to pile up, pointing to their influence both in entertainment and even business.

A week ago, Gap Inc. shares surged the most in at least 40 years after it revealed a partnership agreement with the head-turning rapper and designer. West, whose sneaker line with Adidas AG routinely sells out, will work with the struggling apparel company on a new line for men, women and kids called Yeezy Gap.

Three days later, Coty Inc., the owner of Max Factor and Covergirl, reached an agreement to buy a 20 percent stake in Kardashian West’s beauty business for US$200 million - valuing the business at US$1 billion. West, who told Trump the Adidas deal made him a billionaire, also promptly crowned his reality TV star wife with the same status following the deal.

Tesla Inc. CEO Elon Musk, who previously supported former Democratic candidate Andrew Yang, quickly said he was on board. “You have my full support!” he responded to West’s tweet.