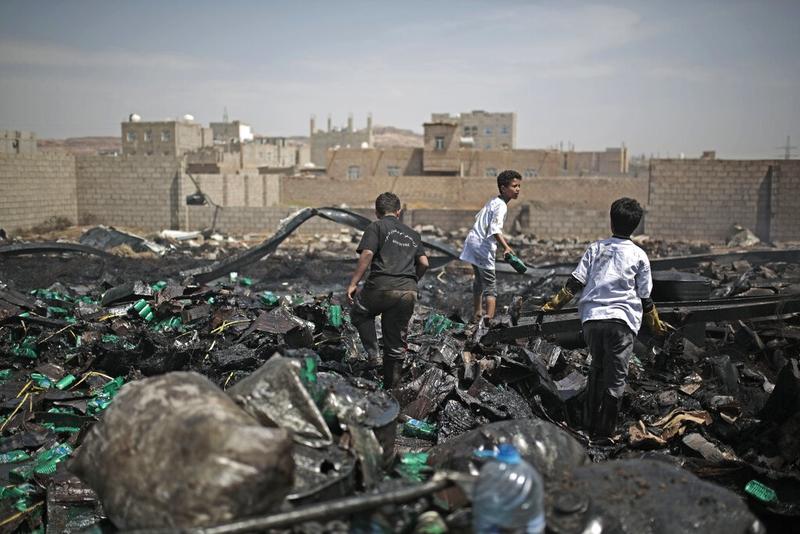 The first attack targeted "operation room in Najran airport" in Najran region, while the other one hit "aircraft hangars in King Khaled Air Base in Khamis Mushait city" in Asir region, the Houthi-run al-Masirah TV reported, citing a statement by the group's military spokesman Yahya Sarea as saying.

"The attacks came in response to the airstrikes and blockade by the Saudi-led military coalition," Sarea said.

The Saudi-led coalition they had intercepted four bomb-laden drones launched by Houthi rebels.

The coalition spokesperson Turki Al Maliki said in a statement on the Saudi Press Agency that the drones were targeting Saudi Arabia and three of them were destroyed in Yemen.

There was no comment yet from Saudi Arabia or the Saudi-led coalition on the Houthi claim.

Yemen has been mired in civil war since late 2014, when the Iran-backed Houthi rebels seized control of much of the country's north and forced the Saudi-backed government of President Abd-Rabbu Mansour Hadi out of Sanaa.

The Saudi-led coalition intervened in the Yemeni conflict in early 2015 to support Hadi's government.