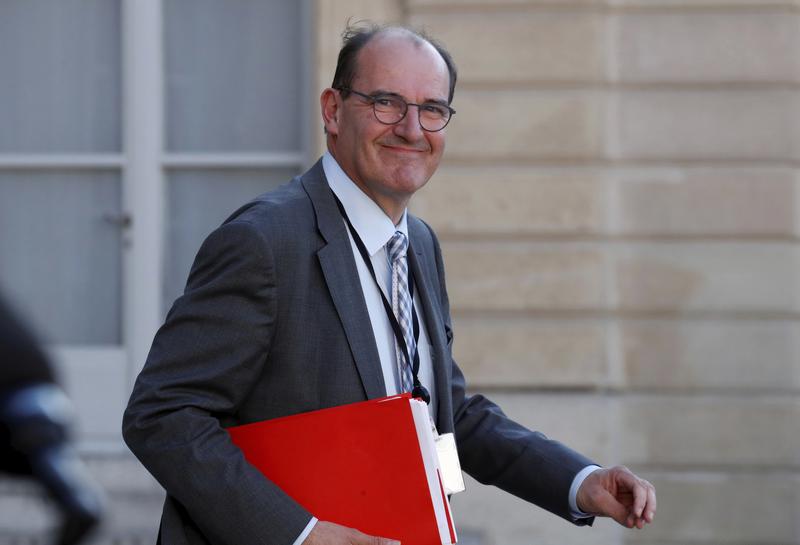 In this May 19, 2020 photo, French government coordinator for the end of lockdown Jean Castex leaves after a video conference with the French President and French mayors at the Elysee Palace in Paris. (GONZALO FUENTES / POOL VIA AP)

PARIS - President Emmanuel Macron named Jean Castex, a top civil servant and local mayor who orchestrated France's coronavirus lockdown exit strategy, as his new prime minister on Friday as he acted to reinvent his administration and win back voters.

Jean Castex, 55, hails from the centre-right of French politics and served for two years as the second-highest ranking official in the Elysee Palace during Nicolas Sarkozy's presidency

Castex, 55, hails from the centre-right of French politics and served for two years as the second-highest ranking official in the Elysee Palace during Nicolas Sarkozy's presidency.

An Elysee official described Castex as a senior civil servant whose experience in local politics would help Macron connect with provincial France. Castex was a "social Gaullist", the official said in reference to the more interventionist, socially minded wing of France's centre-right.

The announcement followed the resignation of Edouard Philippe ahead of a widely anticipated overhaul of the government by Macron.

Macron asked his government, including Philippe, to resign on Friday as the French president seeks a fresh start after a disastrous municipal election last month.

Macron is reshaping his government as France grapples with the deepest economic depression since World War Two, a sharp downturn that will shrink the economy by about 11 percent in 2020 and reverse hard-fought gains on unemployment.

Investors will be watching to see if Finance Minister Bruno Le Maire, who has overseen reforms to liberalise the economy and spent big to keep companies like Air France and Renault afloat during the crisis, keeps his job.

"The return from summer holidays will be difficult, we must get ready," Macron told regional newspapers in an interview published late on Thursday.

Macron and Philippe dined together on Wednesday and met on Thursday. The Elysee source described Thursday's discussions as warm and friendly. Both men agreed on "the need for a new government to embody the next phase, a new path," the aide said. 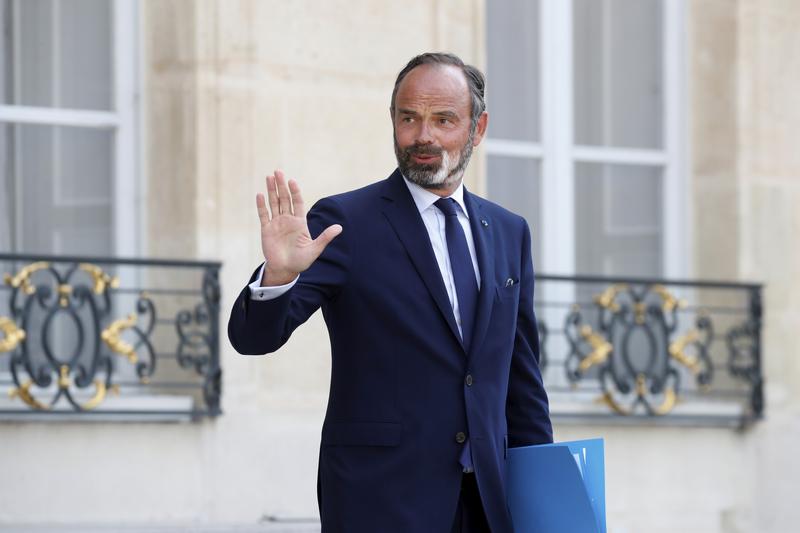 In this June 3, 2020 photo, French Prime Minister Edouard Philippe leaves after a meeting at the Elysee Palace in Paris. (GONZALO FUENTES / POOL VIA AP)

Macron said last month he wanted to start afresh as France embarks on a delicate and costly recovery from its coronavirus slump. Then came his party's dire showing in nationwide municipal elections on June 28.

The local elections revealed surging support for the Green party and underlined Macron's troubles connecting with ordinary people. His La Republique en Marche party failed to win a single major city, depriving the president of a local power base ahead of 2022.

The most notable win was Philippe's success in his old redoubt of Le Havre and his resignation clears the way for him to become mayor of the northern port, from where he could emerge as a rival to Macron in two years time.

Cardboard boxes were delivered to the prime minister's offices minutes after the government stepped down.

Macron is taking a gamble by replacing Philippe, who is more popular then the president, political analysts say.

But keeping Philippe would have suggested that Macron was too weak to let go of his prime minister and that his party lacked the depth for a full cabinet overhaul.