HK set for new heights as Bay Area revs up 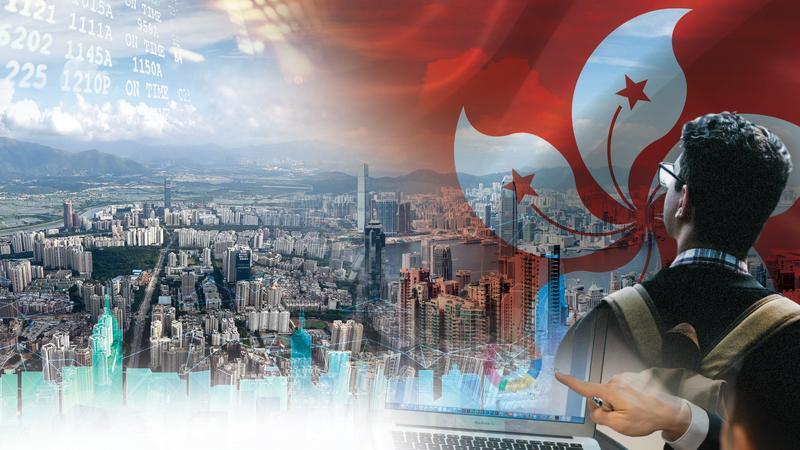 It’s been over two decades since Hong Kong’s return to the motherland as a special administrative region of the People’s Republic of China, boosting its long-held status as a prime financial, trading and transportation hub in Asia.

The road ahead remains promising as the city commemorates the 23rd anniversary of the handover, very much to the dismay of the early doomsayers now in retreat. The city is poised to break new ground, riding high on the unprecedented opportunities created by the Guangdong-Hong Kong-Macao Greater Bay Area, which brings together the two SARs and nine cities in Guangdong province with a combined population of more than 70 million in a massive, synchronized development.

The grand national strategy is slated to trigger a new round of economic development in Hong Kong by helping the city to fully integrate into the country and enjoy a greater share of the dividends of national development.

Since the unveiling of the Bay Area’s development blueprint in February 2019, a string of policies geared to supporting Hong Kong and its people have been put in place. The list of perks is long — tax concessions and subsidies for businesses and individuals, as well as social benefits facilitating Hong Kong and Macao residents to work and live on the Chinese mainland and be a part of the local community.

In the financial sphere, a document, jointly issued in May by banking, insurance, securities and foreign exchange regulators, vowed more support for Hong Kong financial institutions to operate in the Bay Area and for Hong Kong people to gain access to mainland financial products.

In a latest development, the central bank, the Hong Kong Monetary Authority, and the Monetary Authority of Macao said they will implement a two-way cross-boundary wealth management connect pilot program in the Bay Area. Under the program, Hong Kong and Macao residents will be able to carry out cross-boundary investment in wealth management products distributed by banks in the area, and vice versa.

The launch follows a series of cross-boundary financial programs between the mainland and Hong Kong — the Shanghai-Hong Kong Stock Connect, the Shenzhen-Hong Kong Stock Connect, and the Bond Connect — which have played an instrumental role in bolstering the development of Hong Kong’s financial industry. As of late May, the total market capitalization of listed companies in the city had soared tenfold to HK$34 trillion (US$4.4 trillion) from HK$3.2 trillion in 1997.

“The launch of the Wealth Management Connect demonstrates the strong support of the central government and the importance it attaches to financial development in the Bay Area, underlining the solid backing from the country for Hong Kong to continue to play a leading role in the nation’s economic development and opening-up of financial markets,” Hong Kong Chief Executive Carrie Lam Cheng Yuet-ngor said.

To expedite the flow of people in the Bay Area, the central government rolled out 16 measures in November to ensure greater convenience for Hong Kong people to work, live and set up businesses in the region, including the right to buy homes, and granting children of Hong Kong residents working across the boundary educational benefits that are on par with those of their mainland counterparts.

These measures have taken the integration between Hong Kong and the mainland to a higher level — from mere economic integration to economic and social integration.

“The efficient and easy flow of professionals, logistics, funds and information is essential to the Bay Area’s development,” said Pauline Ngan Po-ling, a Hong Kong deputy to the National People’s Congress, the nation’s top legislature.

As Hong Kong embarks on a new chapter, it is looking to take on new roles. The financial center aims to turn itself into a technology and innovation hub, as stated in the Bay Area’s blueprint.

The transformation can inject fresh impetus into the growth of the Hong Kong economy, helping it to become a more-vibrant, smart and sustainable city. It also brings more development opportunities to its residents, especially young people.

To achieve that, the SAR is making big strides in infrastructure construction, and is working closely with the mainland to strengthen scientific research cooperation and exchanges of professionals.

Chow Man-kong, deputy director of the China Economic Research Program of Lingnan University, said Hong Kong’s objective in the Bay Area development outline is to develop itself into a world technology and innovation hub. This will create more opportunities for the city’s traditional manufacturing industry, he said.

He called on young people in the city to grasp the great opportunities on offer to tap into the vast Bay Area market and build up their careers there.