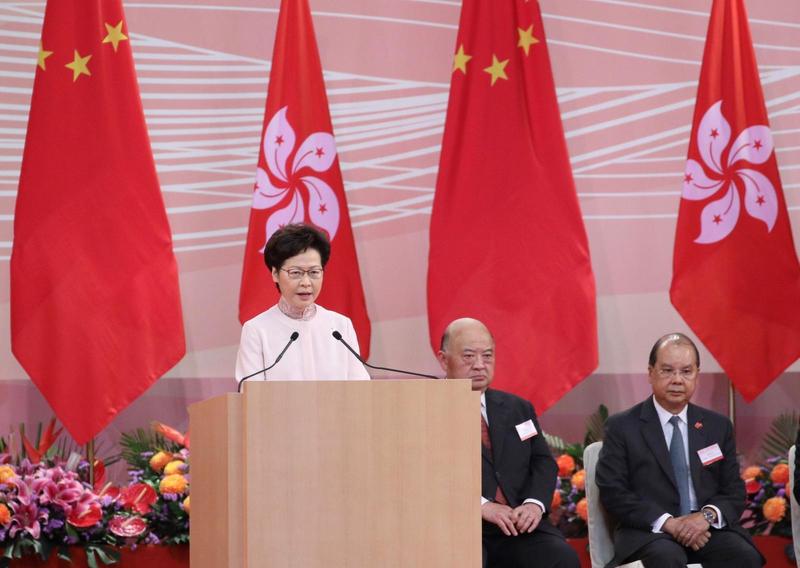 HONG KONG - China's Hong Kong celebrated Wednesday the 23rd anniversary of its return to the motherland.

The national flag was hoisted and the national anthem was played at a ceremony at the Golden Bauhinia Square in Hong Kong Island at about 8:00 am local time in celebration of the anniversary.

At a reception following the flag-raising ceremony, Chief Executive of the Hong Kong Special Administrative Region (HKSAR) Carrie Lam stressed the significance of the return anniversary and said a new law on safeguarding national security in Hong Kong will help restore stability in the region.

In an government press, Lam was quoted as saying, "the enactment of the national law is regarded as the most significant development in the relationship between the Central Authorities and the HKSAR since Hong Kong's return to the Motherland. It is a historical step to improve the system for Hong Kong to safeguard our country's sovereignty, territorial integrity and security. It is also an essential and timely decision for restoring stability in Hong Kong.  The significance of this decision is multifaceted. It shows that the Central Government is determined to restore stability in Hong Kong, after a year of escalating violence and riots since last June.  It shows that the Central Government is determined to protect the vast majority of law-abiding citizens in Hong Kong from the minority who attempted to undermine national security.  It also shows that the Central Government is determined to preserve and better "One Country, Two Systems", a principle underlying Hong Kong’s stability and prosperity since the HKSAR was established 23 years ago." 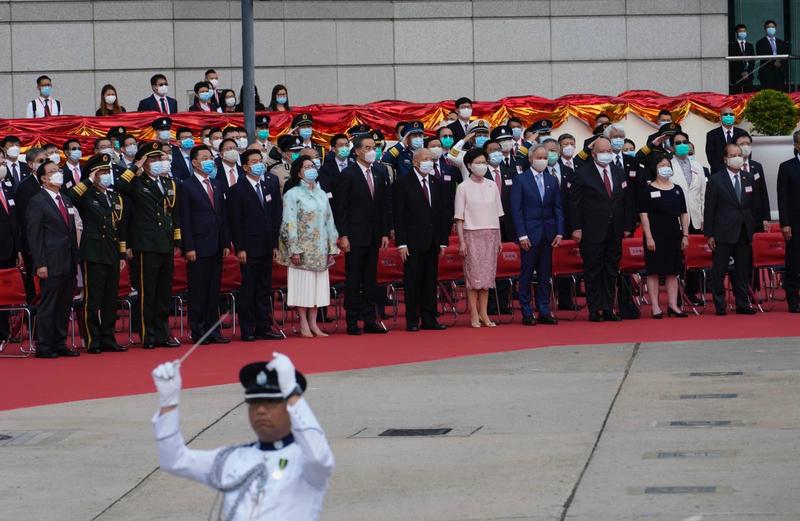 Hong Kong would hold a series of celebrations on Wednesday. At the opening ceremony of celebratory activities, Luo Huining, director of the Liaison Office of the Central People's Government in the HKSAR, highlighted the successful practice of "one country, two systems" in Hong Kong over the past 23 years.

The Law of the People's Republic of China on Safeguarding National Security in the Hong Kong Special Administrative Region was passed unanimously at the 20th session of the Standing Committee of the 13th National People's Congress, China's top legislature, and took effect at 11:00 pm local time on Tuesday.