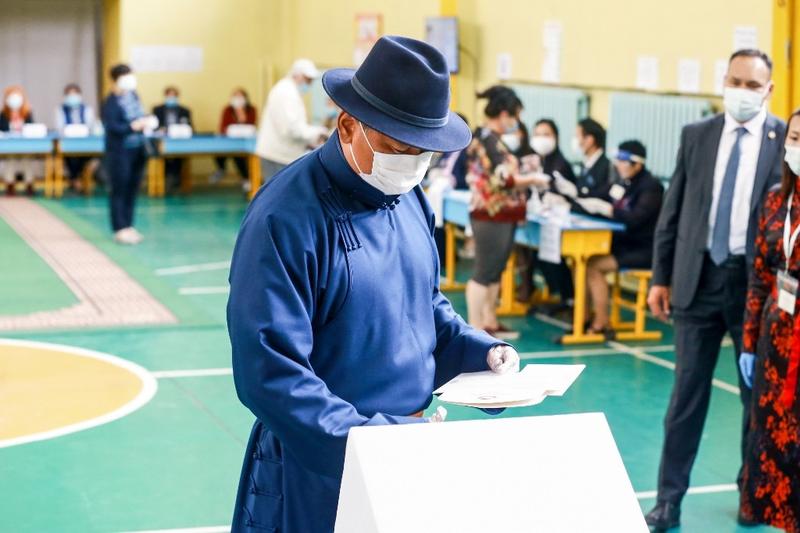 ULAN BATOR - The ruling Mongolian People's Party (MPP) won a landslide victory in the regular parliamentary elections on Wednesday, according to the preliminary results from Mongolia's General Election Commission (GEC).

Preliminary voting results showed the MPP took 62 seats out of 76 in the parliament.

ALSO READ: Xi says China, Mongolia help each other in face of difficulties

Two coalitions, Right Person Electorate Coalition and Your and Our Coalition, won one seat each. Former Mongolian Prime Minister Norov Altankhuyag, who ran for the parliamentary elections as an independent candidate, got one seat.

The opposition Democratic Party won the remaining seats, according to the preliminary results.

Voter turnout in the parliamentary elections reached 73.64 percent, which was 1.54 percentage points higher than the 72.1 percent of the 2016 general elections, according to the GEC.

"I would like to thank all the voters who actively cast their votes. The official results of the parliamentary elections will be announced within Thursday," said Choizon Sodnomtseren, chairman of the commission.

READ MORE: China-Mongolia relations said to be on fast track