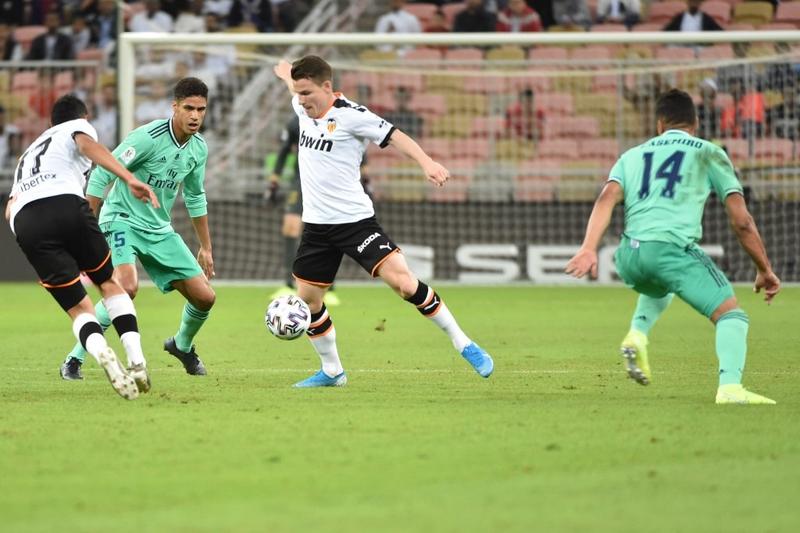 MADRID - Real Madrid aim to maintain their pursuit of FC Barcelona at the top of La Liga when Valencia visit the Alfredo Di Stefano Stadium on Thursday night.

Real Madrid produced an effective 45 minutes in their 3-1 win over Eibar on Sunday, although Zidane will be worried how they faded in the second half

Valencia travel after a run of five away games without a win including a disappointing 1-1 draw at home to Levante in their return to action following the three-month lay-off due to the coronavirus.

Albert Celades' side also has serious problems in defense, with Spanish international left back Jose Luis Gaya doubtful after picking up a knock against Levante.

However, Valencia's main issues are in central defense where Ezequiel Garay is sidelined with a long term injury, Gabriel Paulista is struggling to recover after the Levante game and Mouctar Diakhaby was strongly criticized by Celades for committing the unnecessary injury time penalty that cost two points against Levante.

Add to that the fact that Valencia haven't won away to Real Madrid since 2008 and Zinedine Zidane's side has every reason to count themselves as favorites.

Madrid produced an effective 45 minutes in their 3-1 win over Eibar on Sunday, although Zidane will be worried how they faded in the second half.

He will probably make some changes to the starting 11 with Fede Valverde likely to provide more energy in midfield, while there are doubts over the fitness of defenders Dani Carvahal and Sergio Ramos, and Eden Hazard may not be risked after putting an ice-pack on his ankle after being replaced in the second half on Sunday.

With Gareth Bale's fitness also in doubt, that could give Vinicius Jr a chance as Zidane looks to refresh his starting 11.

Thursday also sees a Basque derby between Alaves and Real Sociedad, who look as if they will be without midfielder Asier Illaramendi for the rest of the season after he suffered a relapse in his recovery from a long term muscle problem.