Following the near-shutdown over COVID-19, during which Hong Kong’s art scene went digital, the city’s galleries reopen to the public with a catchy selection of real-world shows to re-energise visual appetites 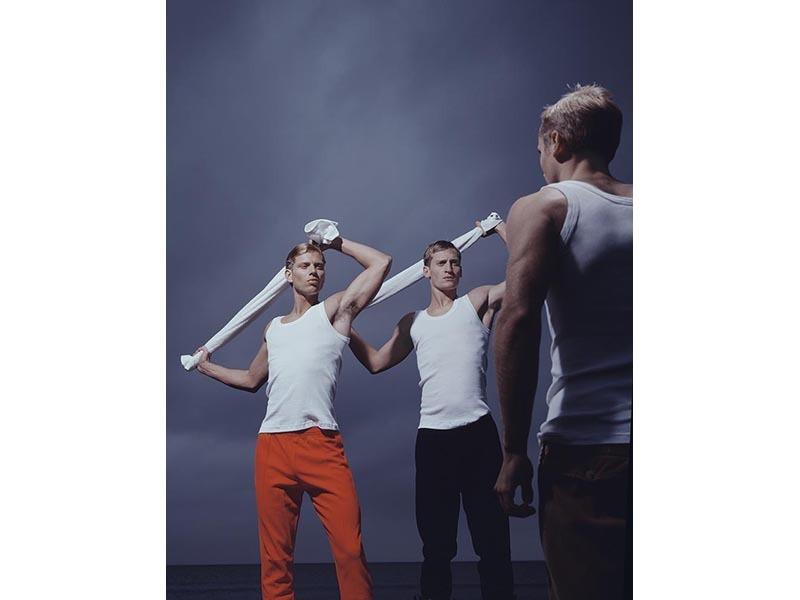 The gallery presents a retrospective (and the inaugural Hong Kong exhibition) by the celebrated German photographer Andreas Mühe. The project features 30 photographs taken between 2004 and 2018, which hover between notions of truth and construct. Mühe examines and questions the power and ambivalence of photography with a predilection for the German historiography and identity. His works are not designed for quick consumption or fleeting glances; instead, they’re long-lasting and reveal an inevitable need for discussion and consideration about what reality is. What is appearance? What is present and what is past? The artist makes us question everything. In the end, Mühe’s work suggests it’s all about power: “Whoever controls images controls reality,” he says. 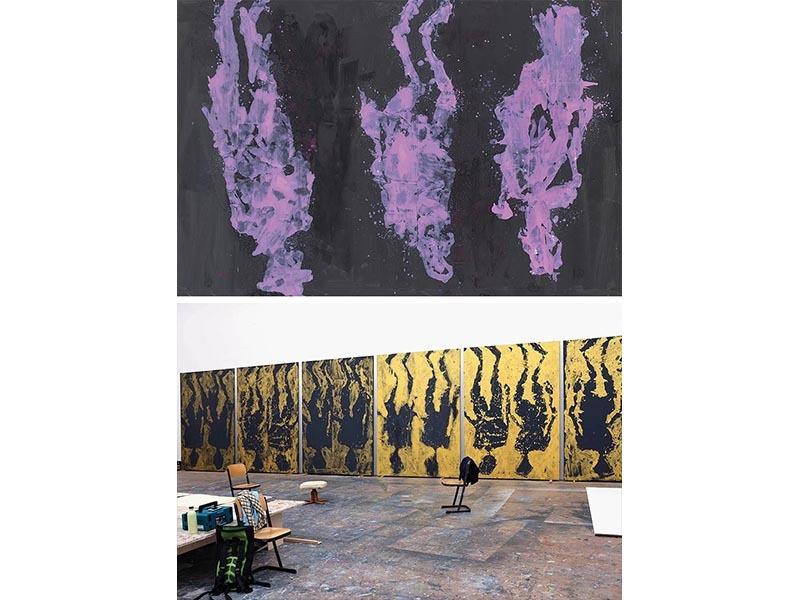 One of Germany’s foremost painters, Georg Baselitz stages a series of 13 of his new oil paintings, which were completed in 2019 and this year. Combining a vigorous and direct approach to art-making, he counts Willem de Kooning and Philip Guston among his key influences. In 1969, Baselitz began to compose his images upside-down to slow the processes of making, looking and comprehending. Over the last 50 years, often referencing and reinterpreting his own body of work, he has further augmented his visual language with a range of formal and historical allusions, yet has consistently returned to the human figure as his central motif. Notably, a fully illustrated catalogue of the exhibition contains a foreword by Zeng Fanzhi and an essay by Lu Mingjun, both acknowledging the influence of Baselitz’s approach. 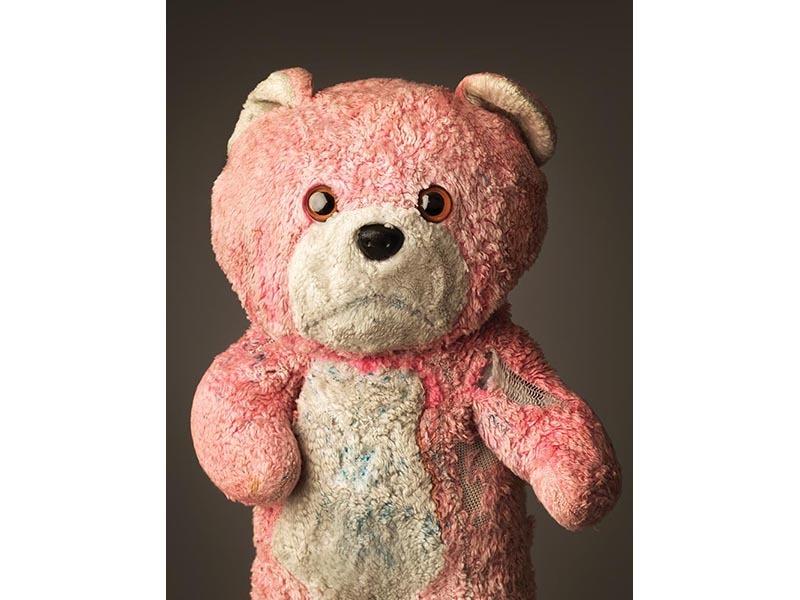 Marking the first Hong Kong solo exhibition of Dublin-based portrait photographer Mark Nixon, MuchLoved presents a selection of 14 photographs from the series of the same name. They include the famed teddy bear from the television show Mr Bean, along with a stuffed bear that belonged to a close friend of U2 frontman Bono. Each photograph is accompanied by a descriptive paragraph sharing the story of the stuffed animal and its owner. Nixon started his professional career as an aspiring singer and songwriter, and bought his first camera in 1995 to relieve a severe case of writer’s block. Simultaneously, the gallery’s recently extended space is showing Connections, a group show with a focus on urbanisation and the human condition, featuring new works by Liu Bolin, Taku Obata, Daisuke Tajima and Alexandre Farto aka Vhils.

He Duoling: Thunder Afar (until June 30)

This solo exhibition is by one of China’s most iconic lyrical realists, He Duoling. The exhibition features the artist’s works since 2010, including recent series such as Wild Garden, Various Flowers and Nymph. A contemporary of Luo Zhongli and Zhang Xiaogang, He is a pivotal artist in the development of Chinese contemporary art. His work is distinguished by its tranquillity, harmony and hazy evocations of nature, be it the flow of water or a lush green garden. In search of a poetic expression, He has established a signature realism that is simultaneously melancholy and lyrical. As curator Kuang Wei puts it, “He’s works are a crystallisation of wisdom to help us see through the world.” 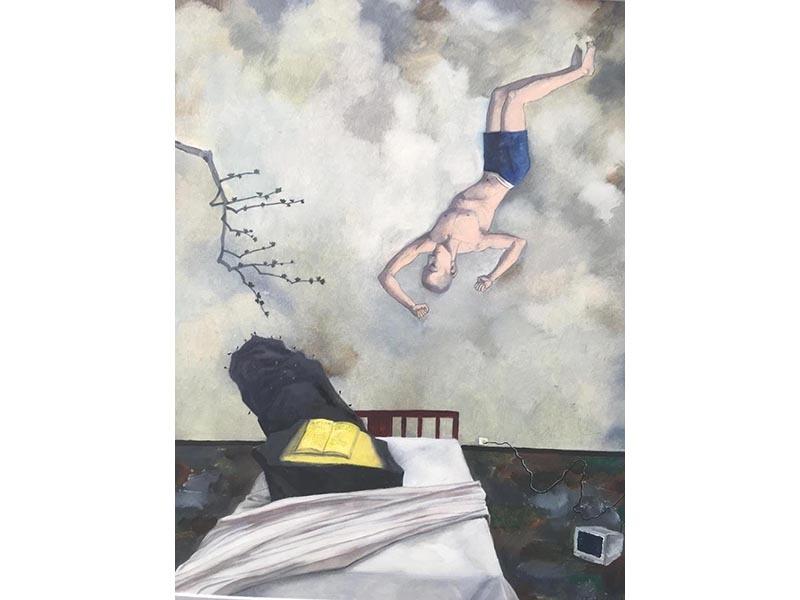 With this show, Pace Gallery continues its sustained studies of individual creative states of contemporary artists from different temporal, regional and cultural backgrounds, with a specific focus on the contrast among the artists’ works in practices, aesthetics and cultures, especially in the time of global epidemic and social distancing. Among the notable and need-to-know names in this group show are China’s Zhang Xiaogang, whose Black Stone projects isolation and alienation; Israel’s Michal Rovner and her captivating digital works; New York’s Adam Pendleton, whose “Black Dada” approach is articulated by degrees of blackness and the avant-garde; Japan’s Kohei Nawa, champion of the so-called “virtual/real” PixCell series of works; and exciting contemporary Chinese conceptual artist Xiao Yu. 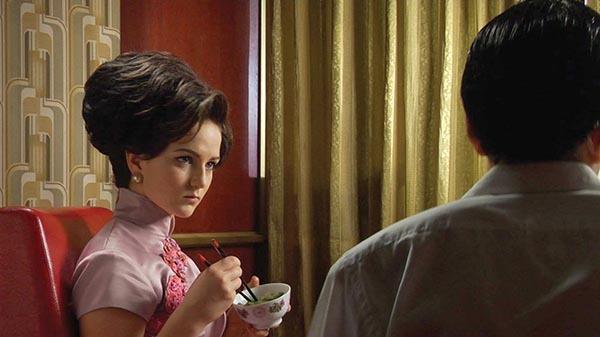 They Do Not Understand Each Other (until September 13)

What does it mean to understand one another? This group exhibition at Hong Kong’s Tai Kwun art space draws from the title of an artwork by Japanese artist Tsubasa Kato, in which the artist attempts to communicate with a colleague from South Korea. Despite being unable to understand each other’s languages, it would appear they find some measure of connection, finally completing their coordinated task upon an island set in a sea that separates (or bridges) the two nations. Presented by Japan’s National Museum of Art in Osaka and the Singapore Art Museum, with respective curators from both organisations, Yuka Uematsu and June Yap, the artworks on show include artworks from both museums’ collections as well as new commissions in consideration of the premise of cultural exchange and the understanding it promotes. The exhibition presents art about exchange, communication, miscommunication, connections, tolerance, acceptance and representation, as well as revelations on desires and expectations of the familiar, unfamiliar and new.

Hong Kong-based French artist Daphné Mandel’s first solo exhibition with the gallery sees her continuing exploration of Hong Kong’s man-made urban landscapes juxtaposed against a backdrop of lush tropical greenery. The close-knit cohabitation of edifices and foliage, and the natural versus the artificial, provide the starting point for her representations of a city both real and fantastic. The Hong Kong of her imagination is familiar yet surreal, ultimately rendered as an exquisite city of the artist’s imagination. “Hong Kong, for me, is a city of densely packed contrasts, by virtue of its compact urban fabric that coexists and intersects with its lush and abundant natural environment,” says Mandel. “Organic City presents a series of works that transpose this paradox in my own visual language: a city, simultaneously man-made and ‘organic’ as living, breathing matter – alive and natural.” 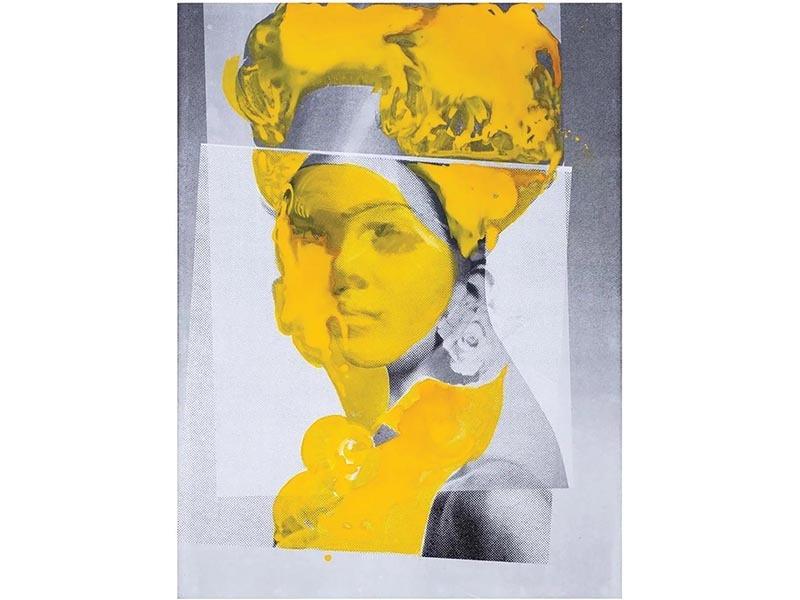 Calling all graphic designers and photo-collage enthusiasts: Brooklyn-based African-American photographer and multimedia artist Lorna Simpson’s first solo exhibition in Greater China will highlight some of her work over the last 30 years, which has explored the nature of representation, identity, gender, race and history, while expanding her practice to encompass various media including film and video, painting, drawing and sculpture. In 1990, Simpson became the first African-American woman to exhibit at the Venice Biennale and the first to have a solo exhibition at New York’s Museum of Modern Art with Projects 23. This exhibition with Hauser & Wirth, which began representing the artist in 2018, features work from her Special Characters series, a selection of her photographic collages and some new painted works. 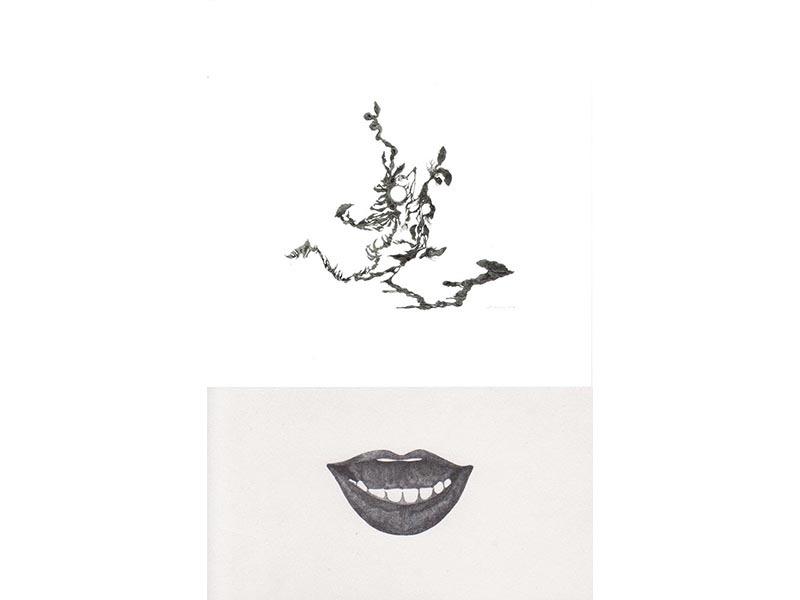 The title of the first solo exhibition by emerging Hong Kong ink talent Bosco Law references a popular Chinese greeting that translates to “How are you?” In fact, these are the first words most people learn to speak as babies or when one learns a foreign language such as English. Law believes that as one grows older, the response to this question has become almost instinctive and predictable. “I am fine” is now a standard response, irrespective of a person’s real state of mind, masking our true self to conform to societal norms and expectations. For Law, it’s important that prior to parroting “I am fine”, we contemplate the emotions we’re struggling with and burying deep into our subconscious. This self-examination aims to help us arrive at a response that’s more nuanced and, hence, genuine. Works displayed in this show try to reveal the conflict between the appearance on the surface and the reality beneath. Law’s ink paintings are distinguished by his intricate, slowly dotted, near-pointillist style.

Spotlight on Michael Wolf (until July 25)

To celebrate its first location in Asia, Flowers Gallery has opened in Sheung Wan with a showcase of works by the late German photographer Michael Wolf (1954–2019), who lived and worked in Hong Kong. This inaugural exhibition showcases work of his extensive investigation into the lives of ordinary Hongkongers. Wolf devoted his career to exploring the complexity of life in mega-cities, focusing in particular on the dense urban environment of Hong Kong. The exhibition presents examples of iconic works, including the internationally renowned series Architecture of Density, presenting an abstracted view of Hong Kong’s seemingly endless residential and industrial facades. Alongside the large-scale photographs will be works from Informal Solutions, a series of photographic typologies and vernacular sculptures that show an intimate perspective of the city from within its hidden network of back alleys, as well as Cheung Chau Sunrises, Wolf’s final project before his death in 2019. 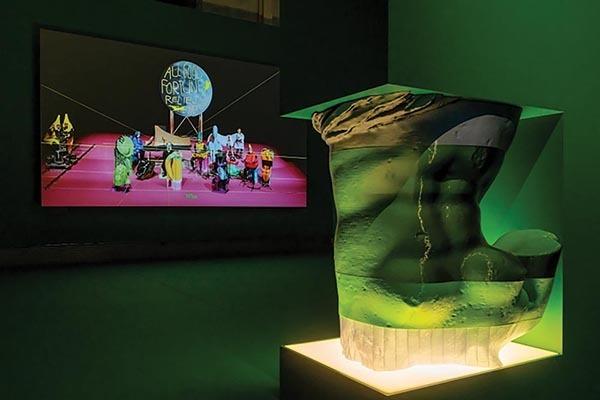 Next Act: Contemporary Art from Hong Kong (until September 27)

This show features research-based works by ten local artists who respond to the shared history and collective memories of Hong Kong. One of those is Samson Young, recent recipient of the inaugural Sigg Prize. Throughout the creative process, each artist focused on different research methodologies as a starting point. This process has culminated in a collection of exciting works that are visually impactful, interactive and performative. Visitors are encouraged to open their senses and imagination when viewing the works by delving into the past to form new perspectives, savour the present and contemplate what the future holds. Pivoting away from the conventional perception that art is a sensual form of truth, the final works make the creation of art a journey of critical thinking. 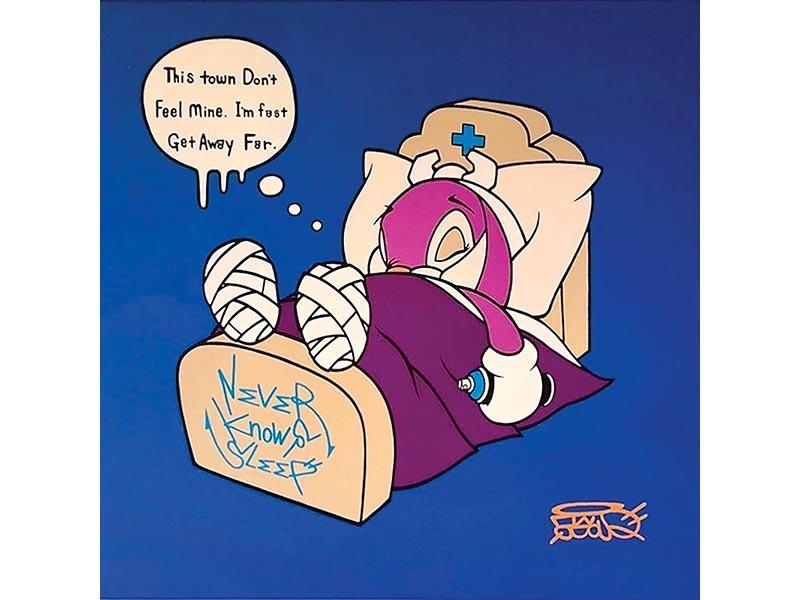 The Hong Kong Art Gallery Association launches a showcase of 12 Hong Kong galleries at Tai Kwun. It’s a response to the unprecedented times following the cancellation of March’s Art Week – most notably, the city’s banner event, Art Basel in Hong Kong. Neither a traditional art fair nor a museum exhibition, Unscheduled will focus on modern and contemporary art from a mix of young and established artists with a connection to Asia, and specifically highlight creativity emerging from the continent. Local curator Ying Kwok and artist Sara Wong are part of the selection committee for the show. “An exhibition comprising solely of solo presentations has rarely been seen in Hong Kong, and presented us with an opportunity to create a unique and impactful experience for the visitor,” they say.