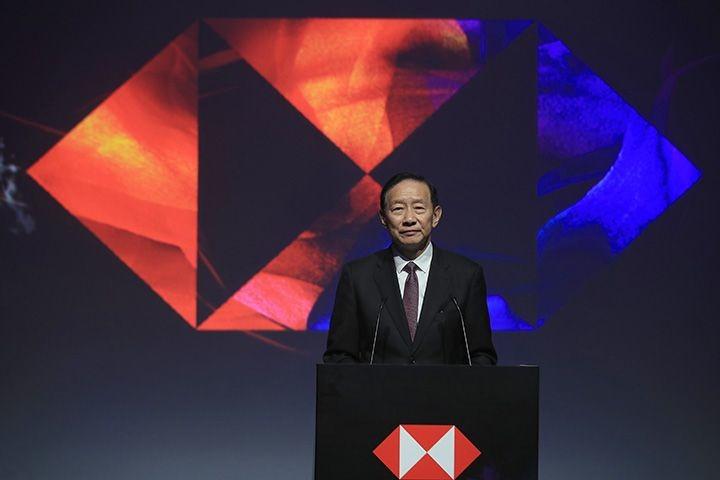 HSBC Holdings Plc’s top executive in Asia has come out in support of the proposed national security law for Hong Kong.

HSBC's top executive in Asia has signed a petition backing a proposed security law in Hong Kong, according to an online bank post published on Wednesday, in the strongest show yet of support for the legislation by a major global bank.

READ MORE: Business sector: National security law a guarantee of HK's futureThese are HSBC’s first public comments on the legislation. The London-based bank last year became a flash-point in the anti-government protests, with its branches vandalized after it closed an account linked to the protests.

Wong hoped the legislation could bring long-term stability and prosperity to Hong Kong, he told China’s official Xinhua news agency in an interview published on Wednesday.

I have full confidence in the future development of Hong Kong

Stability is the foundation and prerequisite for development, and businesses in Hong Kong believe the national security legislation will bring stability for Hong Kong in the long run, said Wong, also chairman of the Hong Kong General Chamber of Commerce (HKGCC).

In a recent survey by the HKGCC on 418 businesses in Hong Kong, 61 percent of the respondents believe the legislation will have a positive impact or no impact at all on their businesses over the long term, and 75 percent expect positive or no impact on their day-to-day operations.

Most members of the HKGCC also agreed that the national security legislation will help Hong Kong maintain its status as a global financial hub, Wong added.

Wong said that the business community opposes any sanctions imposed by foreign countries against Hong Kong, as such actions would unnecessarily increase the difficulties for local and foreign companies to operate here.

The sanctions will not only undermine investment and business confidence in Hong Kong, but also hurt the United States itself and even the whole Asia-Pacific region, considering the large number of US firms and their capital here as well as Hong Kong's status as a financial hub in the region, Wong pointed out.

"As the COVID-19 pandemic is hitting the world economy, we should work together to boost the economy, instead of hurting each other."

With a stable social environment brought by the national security legislation and the support of the rapidly developing mainland market, Hong Kong's economy will surely get out of the current gloom and return to the track of growth, he said.

"I have full confidence in the future development of Hong Kong," Wong said.

The 187-year-old “hong,” or British trading firm in Hong Kong, published a full-page statement in Chinese newspaper Ta Kung Pao on Wednesday, saying it was important to enact a legal framework to safeguard the city's national security.

"It can ensure that Hong Kong continues to absorb investment, increase job opportunities and guarantee people's livelihood," Jardines said in the statement.

“The Jardines Group has roots in Hong Kong and will continue to invest. Its promise to Hong Kong has never changed.”