By Mo Jingxi and Wang Qingyun 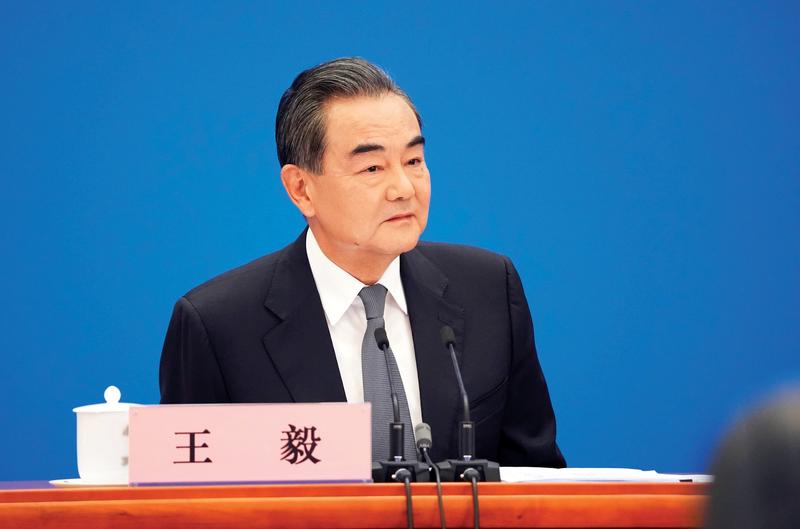 State Councilor and Foreign Minister Wang Yi warned of the need to be alert to some political forces’ efforts in the United States to push the US and China toward a “new Cold War”.

“China has no intention of changing, still less replacing, the US. It’s time for the US to give up its wishful thinking of changing China or stopping the 1.4 billion Chinese people’s historical march toward modernization,” he told a news conference on May 24 on the sidelines of the third session of the 13th National People’s Congress in Beijing.

The senior diplomat cautioned that some US political forces are hijacking the China-US relationship and trying to push the two countries into a “new Cold War”.

“The dangerous practice is turning back the wheel of history. It will not only ruin the cooperation results achieved by both peoples over the years, but also undermine the future development of the US, and jeopardize world stability and prosperity,” he said.

Wang said China and the US stand to gain from cooperation and to lose from confrontation as the past decades of experience have shown.

He found it regrettable that a political virus that loses no chance to attack and smear China is also spreading in the US while innocent lives are being taken away every day in the country now hit hardest by the outbreak.

Some US politicians have fabricated too many lies and plotted too many conspiracies about China regardless of the most basic facts, and the lies have been compiled into a list recently posted on the internet, he said.

“The longer the list … the more stains they will leave in history,” Wang said, adding that the issue of tracing the origin of the virus is one of the lies.

Even though it is a scientific issue that should be studied by scientists and medical specialists, some US politicians have rushed to label the virus, politicize its origin and stigmatize China, he said.

Wang said China is open to international scientific cooperation on identifying the source of the virus, but it should be conducted in a professional, fair and constructive way.

The work to identify its origin should not affect the current top priority of saving lives, should not undermine anti-pandemic cooperation among countries and should not weaken the role of the World Health Organization, he said.

He criticized the abuse of litigation in the US and other countries that are trying to hold China “accountable” for the outbreak, saying those who want to make China pay compensation are daydreaming.

“The lawsuits against China over COVID-19 have zero basis in fact, law or international precedents,” he said, adding that China is also a victim of the sudden outbreak.

Clamoring for so-called “accountability and compensation” from a victim of COVID-19 and fabricating so-called evidence for frivolous lawsuits trample on international rule of law and betray human conscience, Wang added.

In response to Washington’s accusations toward the WHO, Wang said that the organization’s international standing and its place in history will not be changed just because some country does not like it.

“Those who throw mud at the WHO will only leave a stain on themselves,” he said.

Wang stressed that the WHO, made up of 194 member states, should not serve the interests of only one country, nor can it serve the will of whoever pays the most money.

“Life is the top priority. Supporting the WHO is supporting saving lives, and this is what a country with a conscience should do,” he said.

A question at the news conference was related to what a number of foreign media outlets describe as a “wolf-warrior” style of diplomacy as Chinese diplomats have risen to rebuke false accusations against China after the COVID-19 outbreak.

Wang answered that “one has to have a sense of right and wrong”. China will never take the initiative to bully others, but the country will hit back at any move to slander it.

China’s foreign policy tradition is rooted in its 5,000-year civilization. “We Chinese value peace, harmony, sincerity and integrity,” he said.

“We never pick a fight or bully others, but we have principles and guts. We will push back against any deliberate insult to resolutely defend our national honor and dignity.

“And we will refute all groundless slander with facts to resolutely uphold fairness, justice and human conscience.”

China’s diplomacy focuses on building a community with a shared future for mankind, he said, and countries should live in peace with each other, treat each other equally and consult with each other instead of bowing to decisions made by “just one or two countries”.