By Wang Xu in Tokyo 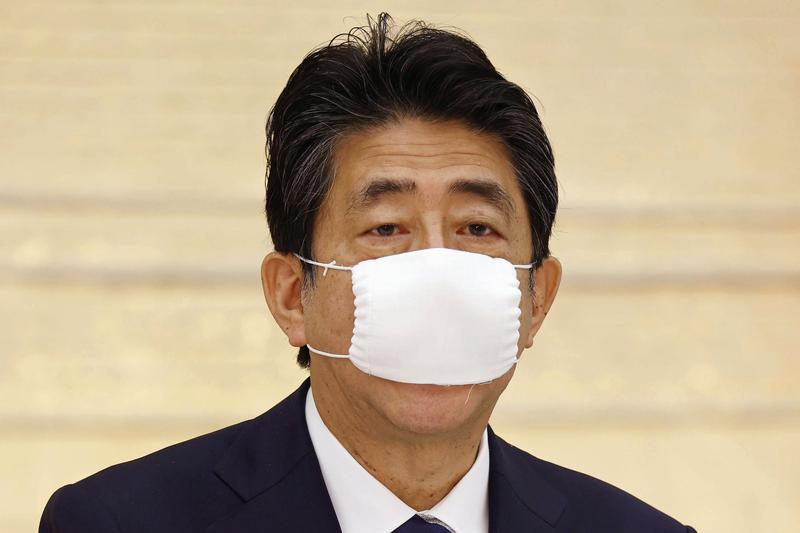 Japan's Prime Minister Shinzo Abe speaks during a meeting of government and ruling party officials at his office in Tokyo, May 27, 2020. (PHOTO / KYODO NEWS VIA AP)

Support for Japanese Prime Minister Shinzo Abe slipped to its lowest level in two years, a recent poll found, with respondents displeased over his response to the coronavirus outbreak and a string of money and favoritism scandals.

Shinzo Abe's disapproval rating rose to 45.5% with 52.5% of respondents saying they did not appreciate the govt's response to the pandemic

The survey, conducted from Friday through Sunday by Kyodo News, showed the leader's support fell 2.3 percentage points from a month ago to 39.4 percent, the lowest since 2018 when he was facing allegations of favoritism involving a pair of school building projects.

Meanwhile, 81.2 percent of respondents said they had found the pace of the government's economic assistance slow, including cash handouts of 100,000 yen (US$927) to residents.

Another driving factor for the recent fall was a scandal involving Hiromu Kurokawa, former chief of the Tokyo High Public Prosecutors Office, who was believed to have been especially favored by Abe's administration. Kurokawa resigned on Thursday after admitting he played mahjong for money during the state of emergency, when citizens were asked to stay home.

In the poll, 78.5 percent of the respondents said they felt that Kurokawa had not been sufficiently punished over the gambling case. With regard to Abe's refusal to reinvestigate the scandal, 69 percent said that they were dissatisfied with the decision.

Japan lifted its nationwide state of emergency last week, but 47.2 percent of respondents felt it was too early.

More than 94 percent of respondents said they would continue to refrain from going out to some degree.

Separately, an earthquake with a preliminary magnitude of 5.3 struck Ibaraki prefecture and surrounding areas on Monday morning. No tsunami warning was issued by the Japan Meteorological Agency and there were no immediate reports of damage or injuries.

It occurred at 6:02 am at a depth of 100 kilometers. Its epicenter was in Ibaraki prefecture.

The quake could also be felt in nearby cities and prefectures including Tochigi, Gunma, Fukushima, Saitama and Tokyo.

Kyodo News contributed to this story.