In this May 13, 2020 photo, migrant workers from other India states desperate to return to their homes wait for transportation to a train station in Ahmedabad, India. (AJIT SOLANKI / AP)

So far the death rate in India appears far better, according to health ministry data, with 2,752 fatalities reported

State leaders, businesses and working class Indians have called on Prime Minister Narendra Modi to reopen the battered economy, but the government is expected to extend the lockdown, which would otherwise expire on Sunday, though with fewer restrictions.

So far the death rate in India appears far better, according to health ministry data, with 2,752 fatalities reported. The toll in the United States, United Kingdom and Italy is much higher.

Health Minister Harsh Vardhan was also encouraged by the slowing rate of infection, as it now takes 11 days for the number of cases to double, whereas before the lockdown cases were doubling every 3 1/2 days. One area of concern has been India’s low testing in relation to its large population, public health officials say. The country has ramped up testing since the beginning of April to 100,000 this week, but with 1.3 billion people on a per capita basis it is trailing far behind other major countries such as the United States, the United Kingdom and Italy.

Struggling to curb the spread of the coronavirus while the rest of Australia has begun relaxing a two-month lockdown, Victoria state on Saturday reported 11 new cases, including some linked to known clusters at a meat factory and a McDonald’s restaurant.

The nationwide tally of new cases had still to be compiled for Saturday, but on Friday the southeastern state had accounted for 20 of the 31 new cases reported across the country.

New South Wales, the most populous state, has been hardest hit by COVID-19, but new cases there have subsided, with just three reported on Saturday. 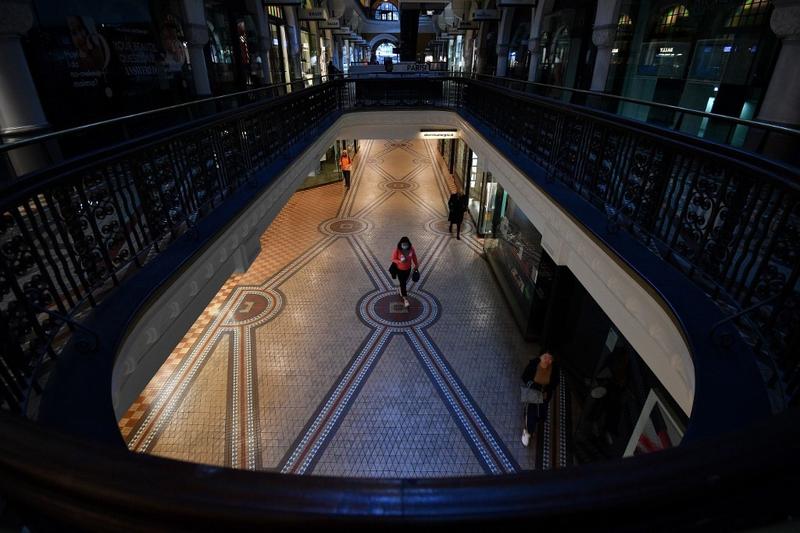 A woman wearing face mask walks through the Queen Victoria building in Sydney on May 15, 2020. (SAEED KHAN / AFP)

For the first weekend since mid-March, restaurants, cafes and bars were re-opening in most parts of Australia, including New South Wales, but Victoria retained most of its lockdown measures.

The northeast state of Queensland, where just one case was reported on Saturday, also eased its restrictions over the weekend, allowing restaurants, cafes and beauty salons to reopen, and groups of 10 people to meet for recreational purposes in parks, at playgrounds or for barbecues.

Australia has recorded just over 7,000 COVID-19 cases, including 98 deaths, significantly below levels reported in North America and Europe, but health officials continued to urge vigilance and encouraged people to stay home.

Cambodia’s last patient with the new coronavirus has recovered and left hospital, leaving the Southeast Asian country with zero cases, the health ministry said on Saturday, while urging continued vigilance.

No easing of restrictions related to the virus - including school closures and border entry checks and quarantines - were included in the Ministry of Health statement.

Cambodia has reported 122 cases of the virus that causes COVID-19 and no deaths from the disease since it emerged in China and started spreading around the world, infecting more than 4.5 million and killing about 300,000 since January.

Cambodia’s last reported new case was on April 12. A total of 14,684 tests have been done since January, the ministry said.

Health authorities there reported one new death, with total fatalities at 113.

The vast majority of the newly infected people are migrant workers living in dormitories, the health ministry said in a statement. Four are permanent residents. 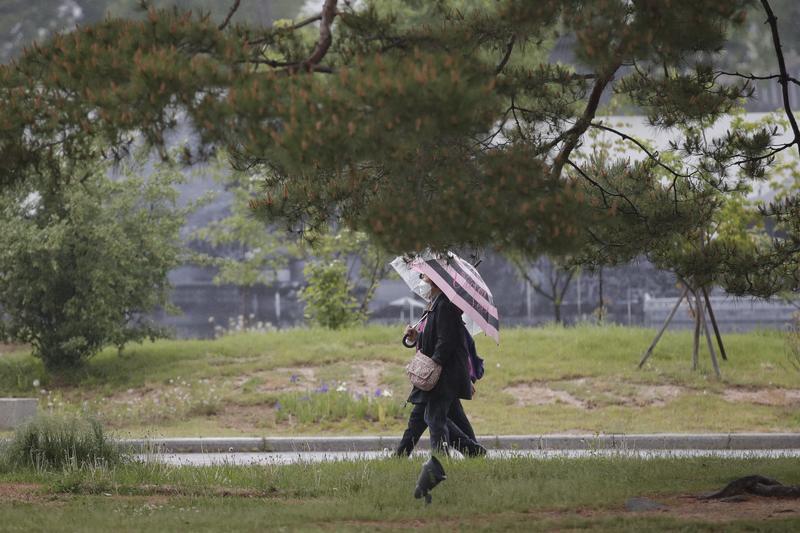 South Korea reported 19 more cases of the COVID-19 compared to 24 hours ago as of 0:00 am Saturday local time, raising the total number of infections to 11,037.

The daily caseload fell below 20 in seven days since May 9. Of the new cases, 10 were imported from overseas, lifting the combined figure to 1,160.

A total of 30 more patients were discharged from quarantine after making full recovery, pulling up the combined number to 9,851. The total recovery rate was 89.3 percent.

Yurianto said 35,069 patients with suspected acute respiratory illnesses were being treated across the country.

In a bulletin, the ministry said total confirmed cases of the novel coronavirus have risen to 12,305, most of which are in the capital, while deaths reached 817. But 101 more patients have recovered, bringing total recoveries to 2,561.

The Philippines on Saturday started loosening its lockdown in the capital and other major cities to slowly restart an economy weighed down by quarantine measures.

Vietnam on Saturday morning confirmed a new case of COVID-19 infection, bringing the total in the country to 314 with no deaths reported.

The new case is a Vietnamese woman aged 62 who returned to the country from Russia on Wednesday, Vietnam News Agency cited the country's National Steering Committee on COVID-19 Prevention and Control as reporting.

Vietnam has recorded no local transmission for 30 straight days, the news agency reported.

It has over 12,000 being monitored and quarantined while 260 have totally recovered from COVID-19 as of Saturday, according to the report.

Syria recorded two new COVID-19 infections on Friday, bringing the total number in the country to 50, the health ministry said in a statement.

Syria has so far recorded 36 recoveries and three deaths from COVID-19, according to the ministry statement.

Syria reported the the first COVID-19 infection on March 22 and the first death on March 29.

The Omani health ministry announced on Friday 284 new cases of COVID-19, bringing the total number in the country to 4,625.

All new cases, including 80 Omanis, are related to community contact, according to a ministry statement

All new cases, including 80 Omanis, are related to community contact, according to a ministry statement.

Meanwhile, 47 more patients have recovered from the virus, bringing the total recoveries to 1,350, while the death toll rose by two to 20, the statement said.

The ministry called on people to observe the procedures for quarantine, avoid public places or places of worship, and ensure public hygiene.

The total number of confirmed cases in the country has climbed to 146,457 while the death toll surged to 4,055, Koca tweeted.

In addition, 106,133 patients have recovered from COVID-19, while 944 are being treated at intensive care units and 490 intubated, according to the minister.

Afghan Public Health Ministry, on Saturday, confirmed a rise of COVID-19 cases to 6,402 at total, after it tested 349 cases positive over the last 24 hours, the ministry confirmed.

The ministry said in a statement that 15 patients have died of the pandemic, bringing the total number to 168 since the illness broke out in February in the country.

According to the statement, the capital Kabul with 126 of the totally confirmed new cases and six new deaths is still on the top.

Up to 33 patients have also recovered over the last 24 hours, taking the tally to 778 up to date, said the statement.

Meanwhile, five more have recovered from the virus, with four in East Jerusalem and one in Ramallah, bringing the total recoveries to 431, al-Kaila said in an emailed press statement, adding no new coronavirus cases were recorded in the West Bank and the Gaza Strip over the past eight days.

Deputy Health Minister Nurbolot Usenbaev said that among the newly infected cases, three are long-haul truckers, and the rest are contacts of the confirmed cases.

He noted that 38 patients have recovered and were discharged from hospitals after recovering in the last 24 hours, bringing the total number of recoveries to 783, including 200 medical workers.

Currently, 2,146 people who had contact with infected patients are under medical observation.

All the confirmed new cases are Mongolian nationals who returned home from Russia on Thursday, Dulmaa Nyamkhuu, head of the NCCD, said at a daily press conference.

All the 135 cases are imported, including four non-nationals, two of whom are pregnant women and one is a cancer patient, Nyamkhuu said, adding that no local transmissions or deaths have been reported in Mongolia so far.

Among the patients being treated at the NCCD, 17 are in critical condition, said the official.