Masked and standing apart, the world tiptoes out of lockdown 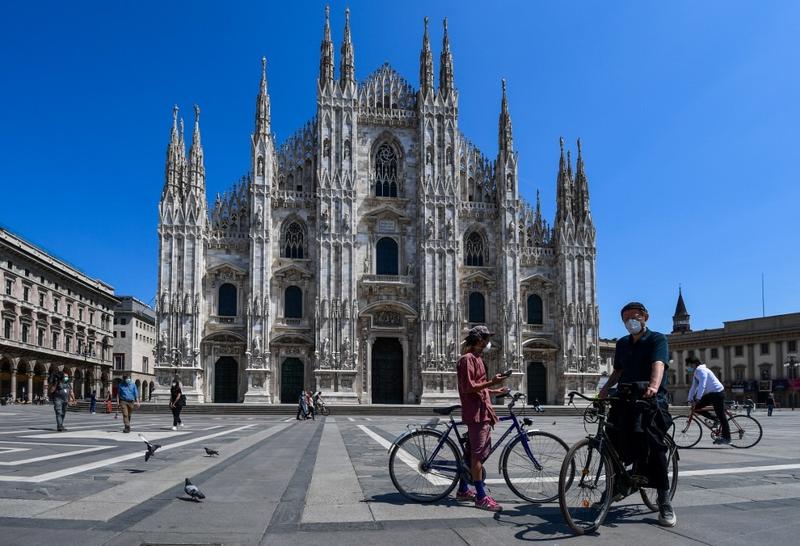 People ride their bicycle and stroll across Piazza del Duomo on May 4, 2020 in Milan as Italy starts to ease its lockdown aimed at curbing the spread of the novel coronavirus. Stir-crazy Italians will be free to stroll and visit relatives for the first time in nine weeks as Europe's hardest-hit country eases back the world's longest nationwide coronavirus lockdown. (MIGUEL MEDINA / AFP)

ROME/WASHINGTON - Italy and the United States were among a slew of countries tentatively easing coronavirus lockdowns on Monday to revive economies as global deaths surpassed a quarter of a million.

World leaders and organisations pledged US$8 billion to fund a possible vaccine and treatments, many hoping explicitly to ensure that no country on Earth would be left out, but the United States did not contribute.

Italy, among the world’s hardest-hit countries, allowed about 4.5 million people to return to work after nearly two months at home. Construction work can resume and relatives can reunite.

“I woke up at 5:30 a.m., I was so excited,” said Maria Antonietta Galluzzo, a grandmother taking her three-year-old grandson for a walk in Rome’s Villa Borghese park, the first time they had seen each other in eight weeks.

In the United States, which has the world’s highest total of infections and deaths, at almost 1.2 million and 68,000 respectively, Ohio and other states were easing more curbs on businesses.

An internal US government document projected a sharp rise in daily deaths by June 1, the New York Times reported on Monday, to 3,000 Americans a day by the end of May, up from a current daily toll that a Reuters tally places at around 2,000.

ALO READ: Facing a 'recession' in a post-pandemic era

On the same day, a University of Washington research model often cited by White House officials nearly doubled its projected US death toll to over 134,000 by Aug. 4.

Asked about the Times report, White House spokesman Judd Deere said: “This is not a White House document nor has it been presented to the Coronavirus Task Force or gone through interagency vetting.”

In New York, the hardest-hit U.S. state, Governor Andrew Cuomo outlined a phased reopening of business, starting with industries such as construction, and the least affected regions.

The daily increase in coronavirus cases worldwide has been 2-3 percent over the past week, down from around 13 percent in mid-March.

Confirmed cases - certain to exclude many mild cases - have risen to around 3.58 million, according to a Reuters tally.

Italian Prime Minister Giuseppe Conte said his country, where the novel coronavirus has killed over 29,000 people and over a thousand new cases are reported daily, was still in the “full throes of the pandemic.”

Italy’s statistics bureau said it could be assumed that a further 11,600 deaths were people who had died of COVID-19 without being tested, or of other causes that a stressed health service had been unable to treat them for.

Friends are still barred from meeting up, most shops must stay shut until May 18, and schools, cinemas and theatres remain closed indefinitely.

“It is good to be back, but the world has totally changed,” said Gianluca Martucci, pulling up the shutters on the small warehouse of a catering business in the backstreets of Rome.

“I worry that we might be starting up a little too soon ... I don’t know if the country could survive a second wave.”

And Spain’s widely watched top tier of soccer, La Liga, said clubs were starting to train in the hope of resuming the season in June.

Similar phased steps were taken in other countries, from Portugal and Belgium to India and Israel.

But Japan extended a state of emergency to at least May 31.

And the EU agency for disease control said Britain, yet to ease its lockdown, was one of five European countries yet to reach the peak of its outbreak, contradicting the UK government’s line.

People around the world are adjusting to a new normality.

In Washington, the US Supreme Court smoothly conducted arguments by teleconference for the first time and broadcast them live online.

In Rome, a hum of cars, buses and motorbikes pointed to an increase in morning commuting, but traffic was relatively light and people appeared to be keeping their distance. 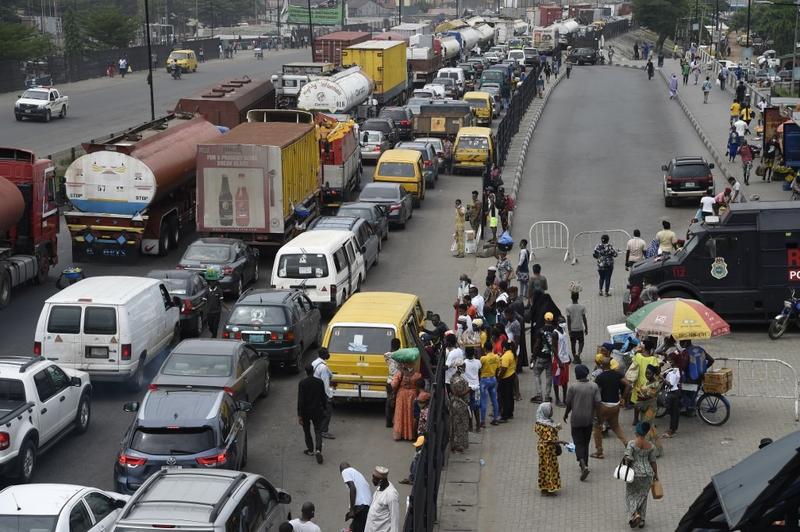 Motorists queue in a traffic gridlock as commercial activities return at the end of a five-week COVID-19 coronavirus lockdown in Lagos, on May 4, 2020. In the metropolis of 20 million, where exuberance and poverty live side by side, relief at being able to earn money once again was almost palpable, despite Nigeria's mounting COVID-19 coronavirus toll. (PIUS UTOMI EKPEI / AFP)

In Beirut, restaurants began to reopen but were removing chairs and tables to remain less than 30 percent full.

Iran, which has reported more than 6,000 deaths, was due to reopen mosques in 132 cities.

After a fractious and haphazard initial global response to the pandemic, the head of the European Commission, Ursula von der Leyen, said the US$8.1 billion initially raised by the UN-backed donor conference would “help kick-start unprecedented global cooperation.”

Access to an eventual vaccine “will be given to people across the globe by the organisation we choose,” French President Emmanuel Macron said.

A senior US administration official declined to say specifically why the United States was not participating.

“We support this pledging effort by the EU. It is one of many pledging efforts that are going on and the United States is at the forefront,” the official told reporters by telephone.

READ MORE: Lockdowns may lead to lack of contraceptives

President Donald Trump is halting US funding to the World Health Organization over its handling of the pandemic.

“It is a pity the US is not a part of it,” said Norwegian Prime Minister Erna Solberg, pledging US$1 billion. “When you are in a crisis, you manage it and you do it jointly with others.”

Factory activity slumped across the world in April and the outlook is bleak as shutdowns have frozen production and hammered demand. The global economy is expected to suffer its steepest contraction on record.

Escalating tensions between the United States and China over the origin of the pandemic drove down stock markets and oil prices as investors feared a new trade war.