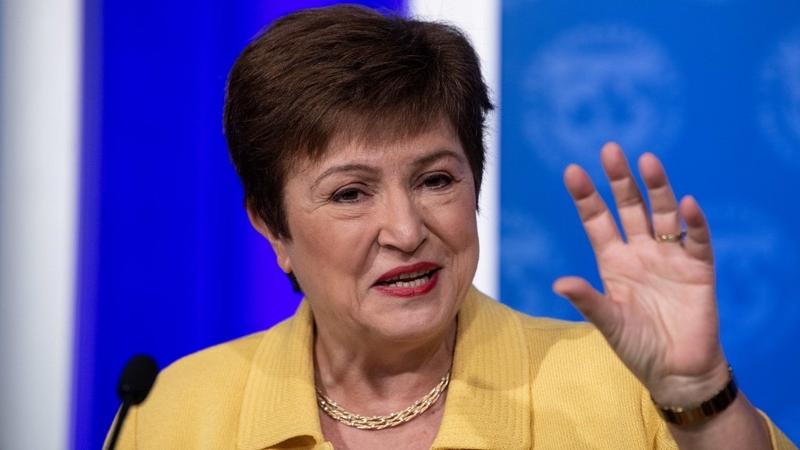 The International Monetary Fund sees the world economy suffering its worst recession since the Great Depression this year, with emerging markets and low-income nations in Africa, Latin America and Asia at particularly high risk.

With half of the IMF’s 189 member countries seeking aid, the executive board has agreed to double access to its emergency financing to meet expected demand of about US$100 billion, Managing Director Kristalina Georgieva said in a speech on Thursday.

Because it is such a gigantic, dramatic development, a virtual standstill of the world economy, it requires massive, well-targeted measures

The IMF’s baseline outlook is for a partial recovery in the global economy in 2021 if the pandemic fades in the second half of this year to allow a gradual lifting of containment measures, Georgieva said. She stressed that uncertainty about the coronavirus duration means things may wind up being even worse.

The pandemic has led to business closures and millions of lost jobs. Georgieva highlighted the hit to the retail, hospitality, transport and tourism industries and the effect on the self-employed and small- and medium-sized businesses.

“Because it is such a gigantic, dramatic development, a virtual standstill of the world economy, it requires massive, well-targeted measures,” Georgieva said an hour later in a Bloomberg TV interview with Tom Keene.

The grim economic projections continue a reversal from the IMF’s outlook from less than two months ago. As recently as Feb 19, the fund was telling Group of 20 finance chiefs that “global growth appears to be bottoming out.” Three days later, Georgieva predicted the virus would likely cut just 0.1 percentage point from the fund’s 3.3 percent global growth forecast for this year, although she acknowledged “more dire scenarios” were being studied.

Georgieva reiterated the IMF’s willingness to use its US$1 trillion lending power. Should the crisis continue for longer than expected or if there’s a second wave of the disease, the IMF may need to bolster its resources, she said. In that case, creating more reserve assets called special drawing rights, or SDRs, could help emerging markets avoid a cash crunch as they deal with the health crisis, economic stagnation and capital outflows, Georgieva said.

The IMF also is seeking US$1.4 billion in donations from members to be able to provide debt relief to low-income countries so they can spend on health needs rather than debt repayment, Georgieva said in her speech. That’s up from a previous US$1 billion goal.

The fund is looking at the use of precautionary credit lines to get cash to countries and establishing short-term loans, as well other funding options like the use of reserve assets called special drawing rights, or SDRs, Georgieva said. The IMF continues to call on rich governments to agree to a standstill of debt repayments by the world’s poorest nations, she said.

The IMF and World Bank are preparing to hold their spring meetings via video conference for the first time ever next week. Their normal in-person meetings, which the organizations convene at their headquarters near the White House, typically draw thousands of delegates, observers and journalists from 189 member countries. The program has been pared down this year to be mostly media briefings, skipping the typical seminars and public discussions.

The IMF calculates that governments around the world have taken fiscal actions amounting to about US$8 trillion, Georgieva said in a preview of key fund reports due to be released during next week’s meetings, including the World Economic Outlook.

Georgieva stressed the need to continue with essential containment measures and support for health systems; shield affected people and firms with large, timely, targeted fiscal and financial-sector measures; reduce stress to the financial system and avoid contagion; and plan for an eventual recovery.