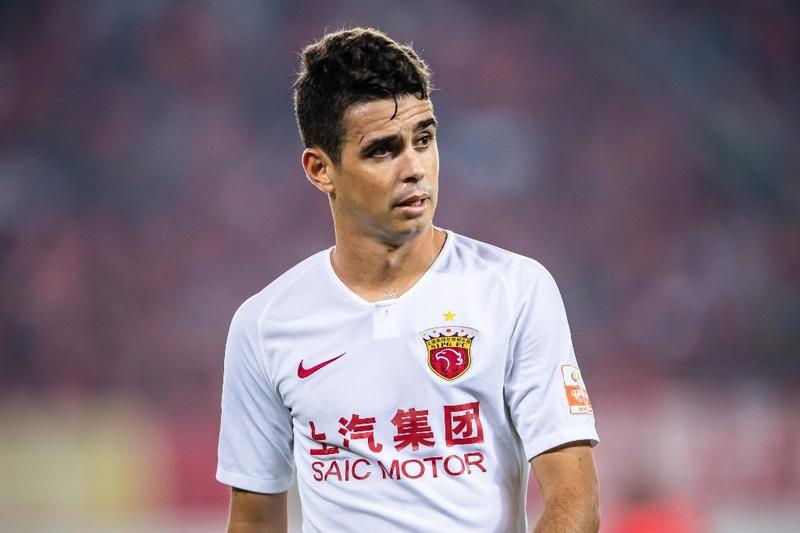 Soccer’s Shanghai SIPG, however, managed to beat the ban on foreign nationals entering the country just minutes before it came into effect. The Chinese Super League club’s Brazilian trio of Oscar, Hulk and newly signed left winger Ricardo Lopes all officially arrived in Shanghai at 11:49 pm on March 27 — 11 minutes before the start of the ban, which is designed to stop the flow of imported virus cases.

Flying on a luxury Bombardier private jet, the trio — worth 120 million euros (US$134 million) in total transfer fees — landed at Shanghai’s Pudong International Airport and are now observing a mandatory 14-day quarantine period, according to a 163.com report.

However, the entry suspension issued by the Foreign Ministry on the night of March 26 caught most of China’s professional sports clubs off guard, with the majority of their foreign employees — be they players, coaches or trainers — now stuck overseas indefinitely.

Foreign nationals arriving with diplomatic, service, courtesy or C-type visas are not affected by the suspension, while the ministry said the restrictions can be adjusted depending on how the pandemic situation evolves.

With life slowly getting back to normal in China thanks to the nation’s strict outbreak control measures, expectations had grown that the CSL would start its delayed 2020 campaign as early as late April and that the Chinese Basketball Association league might resume its regular season behind closed doors at about the same time.

The indefinite absence of many of the leagues’ imported players, though, seems likely to thwart any plans for imminent restarts.

According to industry analysts Lanxiong Sport, 35 out of 71 imported players signed up with CSL clubs for the 2020 season had made it back to China by March 27, while 21 of 46 foreign players and coaches hired by 20 CBA teams had returned before the deadline.

Even having acquired Chinese passports, some of the country’s naturalized players, such as Guangzhou Evergrande’s Brazil-born striker Ricardo Goulart, have been told by clubs to stay put due to the reduction in the number of international flights departing for China and the risk of infection during long trips.

Effective since March 29, China’s domestic airlines are required to cap their international routes to one flight per country per week, according to the Civil Aviation Administration.

Former Manchester United midfielder Marouane Fellaini became the first CSL player to return a positive test for the virus upon his arrival in China on March 22, and the Belgium international is now under quarantine.

The severe threat from imported COVID-19 infections, as highlighted by the Fellaini case, coupled with the latest entry restrictions, has sparked renewed caution over proposals to resume domestic league action, despite effective virus containment at home.

The General Administration of Sport of China, the country’s top sports authority, has called off plans to restart the CBA season on April 15 with behind-closed-doors tournaments in light of the latest developments, according to Beijing Youth Daily.

The CBA is now exploring a contingency plan to allow each team to use only one foreigner on court at any given time, down from two earlier this season, if the league is allowed to resume before the travel ban is removed, added the report. With some teams hit harder than others by the absence of foreign stars, the idea is designed to level the playing field as much as possible.

Still, some of the league’s highest-profile foreign employees, including the Beijing Ducks’ American guard Jeremy Lin and Beijing Royal Fighters coach Stephon Marbury, are back in China and raring for tip-off.

Former NBA All Star Marbury, who finished his 14-day isolation on March 25 following his arrival in the Chinese capital on March 11, rejoined his team at its east Beijing training facility on March 27 after retesting negative.

His appearance at the gym lifted the spirits of his players, whom he had been endeavoring to oversee online during his quarantine, and has boosted their preparations for the pending restart.

“I am extremely happy that the coach is back. It means that I can continue improving under his watch,” said Royal Fighters guard Zhang Fan.

Having developed a deep bond with China since joining the CBA as a player in 2010, Marbury kept his 5 million Weibo followers well informed of his life in quarantine with regular posts that often expressed support for China’s virus-control measures.

A photo of a certification letter issued by the neighborhood office that deals with Marbury’s Beijing apartment went viral on March 25. It read: “We hereby certify that Comrade Marbury has finished the quarantine.”

In one Chinese post, the 43-year-old New York native said: “We need to stay calm and united in this fight against the pandemic. As long as we stand together and act in (unison), it’s only a matter of time (before we) defeat the virus.”