Global cost of coronavirus could reach US$4.1 trillion, ADB says 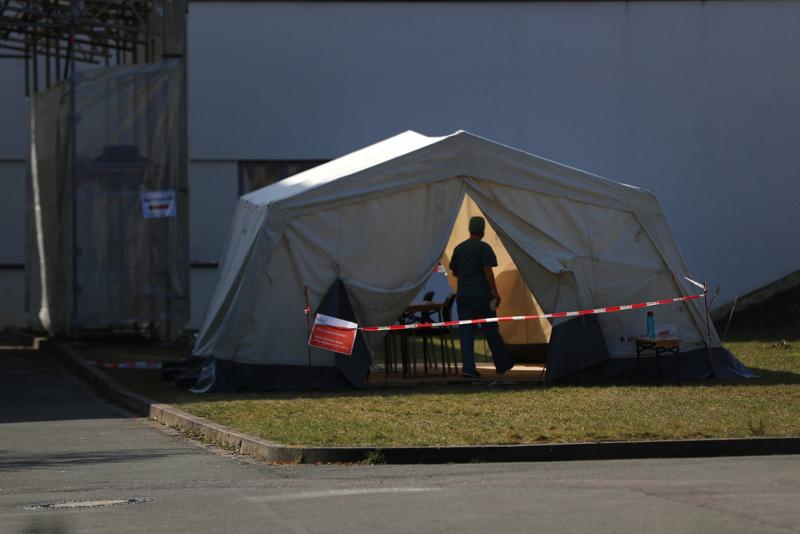 A testing tent stands outside the coronavirus outpatient clinic at the Paracelsus Clinic in Zwickau, Germany, April 2, 2020. (KRISZTIAN BOCSI / BLOOMBERG)

The cost of the coronavirus pandemic could be as high as US$4.1 trillion, or almost 5 percent of global gross domestic product, depending on the disease’s spread through Europe, the US and other major economies, the Asian Development Bank said.

A shorter containment period could limit the damage to US$2 trillion, or 2.3 percent of world output, the Manila-based lender said in its Asian Development Outlook report released Friday. Developing Asia, including China, accounts for 22 percent to 36 percent of the pandemic’s total cost, it said.

“No one can say how widely the COVID-19 pandemic may spread, and containment may take longer than currently projected,” Yasuyuki Sawada, the ADB’s chief economist, said in the report. “The possibility of severe financial turmoil and financial crises cannot be discounted.”

On March 6, the ADB estimated the virus outbreak could cost the world economy US$347 billion, and cut the global growth rate by as much as 0.4 percentage point. Since then, the epicenter of the virus has shifted from China to Europe and the US, with the number of global infections now topping 1 million.

READ MORE: UN: Global economy could shrink by 1% in '20 due to virus

The new estimate released Friday takes into account the immediate impact on tourism, consumption and investment, Sawada said in an interview with Bloomberg TV’s Haslinda Amin and Yvonne Man. The cost could rise further if supply-side disruptions materialize, he said.

The ADB cut its 2020 growth forecast for Asia to 2.2 percent from 5.5 percent estimated in September last year. China’s forecast was slashed to 2.3 percent from 6 percent, and compares with 6.1 percent growth last year. All of developing Asia’s subregions will see weaker growth this year, according to the report.

Tourism- and commodity-dependent nations including Thailand “will suffer most” from the pandemic, Sawada said in the interview. If the disease can be contained within three to six months, the economic recovery could also be quicker, he said.

Inflation will likely accelerate on higher food costs, even as weaker economic activity and softer commodity prices mitigate any price spikes, before easing in 2021, the ADB said.