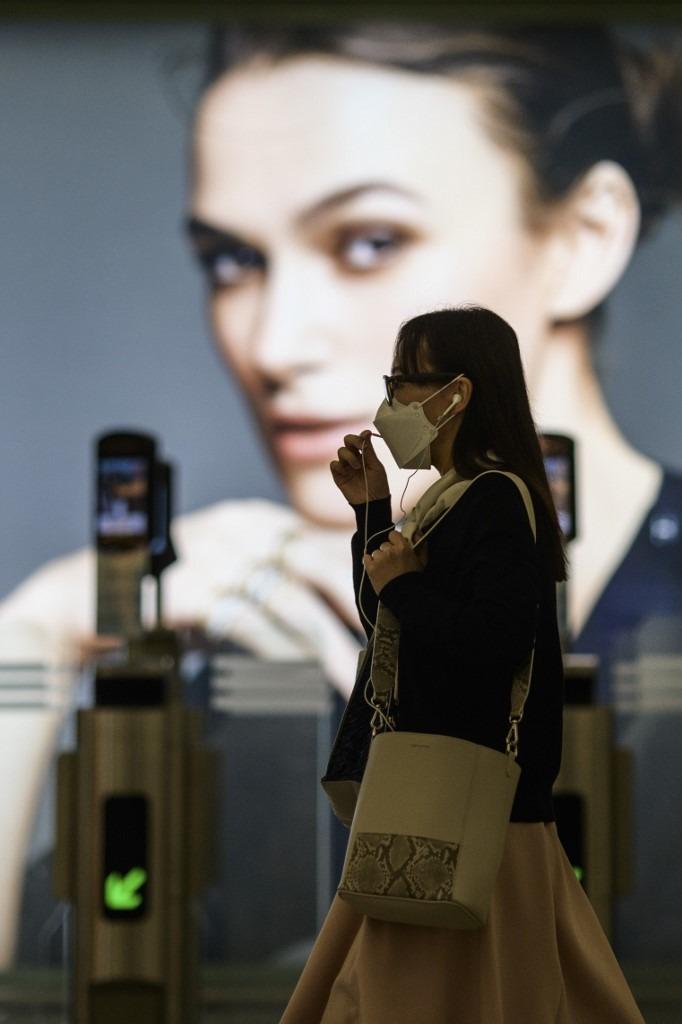 A woman wears a facemask as a precautionary measure against the coronavirus as she walks past the departure turnstiles at Hong Kong's international airport on March 24, 2020, (ANTHONY WALLACE / AFP)

HONG KONG - Two more beauticians are among another 37 people in Hong Kong found to be infected with COVID-19 caused by a novel coronavirus on Thursday, bringing the city’s tally to 802.

The infections came to the fore a day after the government ordered a 14-day closure of three more types of leisure venues. However, beauty parlors — also regarded as places with a somewhat-high infection risk — were not included in the ban.

Among the new cases, 30 people have history of recent travel, including 17 students returning from overseas, and a 2-year-old whose parents brought the child back from Sweden

On Wednesday, an employee of a beauty parlor in Tsim Sha Tsui was confirmed to be infected, bringing the number of infected beauty parlor employees to three.

Of the two newly indentified patients, one took part in outdoor activities with a beautician confirmed to be infected Wednesday. They worked in different parlors.

The other newly infected beautician is a 33-year-old woman who worked in Causeway Bay. She wore a face mask during work. Her source of infection is still being investigated.

As for other fresh cases, 30 people have history of recent travel, including 17 students returning from overseas, and a 2-year-old whose parents brought the child back from Sweden.

A total of 604 confirmed patients are being treated in 14 public hospitals, eight of them in a critical condition, while another seven have been discharged, bringing the number of recovered people in HK to 153.

Public hospital slots remained tight as 68 percent of the city’s 1,033 isolation beds had been occupied, with 78 percent of its 528 isolation wards in use.

The Hospital Authority said four infected people were still waiting to be admitted as of Thursday afternoon.