No new domestic case, China to step up asymptomatic screening 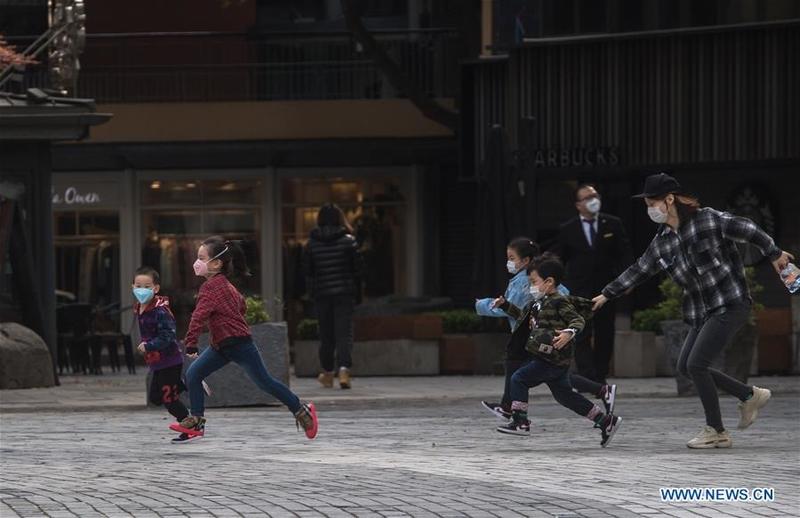 BEIJING/WUHAN - China will step up targeted screening of people infected with COVID-19 caused by a novel coronavirus but showing no symptoms, a health official said Thursday.

The surveillance for asymptomatic infections will be expanded to include close contacts of confirmed COVID-19 patients and asymptomatic patients, cluster outbreaks, and key areas and populations with high risk of infections, Wang Bin, an official with the National Health Commission, said at a press conference in Beijing.

Medical institutions will, with the help of communities and fever clinics, increase efforts to identify asymptomatic patients and put them under centralized quarantine in a timely manner, she said.

The National Health Commission said it received reports of 35 new confirmed cases on Wednesday, all of which were imported

Wang said epidemiological investigations will be promptly conducted for asymptomatic patients, and relevant information will be released openly and transparently.

The identified asymptomatic patients will be subject to centralized medical observation for two weeks, and will be released after testing negative for the virus for two consecutive times, she added.

The commission said Thursday no new domestically transmitted cases of COVID-19 were reported on the Chinese mainland on Wednesday.

The commission said it received reports of 35 new confirmed cases on the mainland on Wednesday, all of which were imported, bringing the total number of imported cases to 841.

A total of 26 provincial-level regions on the  mainland had reported imported COVID-19 cases, the commission said.

No deaths had been reported from the imported cases, said the commission.

Among the imported cases, 140 had been discharged from hospital after recovery, and 701 were being treated in hospital with 18 in severe conditions, said the commission.

On Wednesday, 170 people were discharged from hospitals after recovery on the mainland, while the number of severe cases decreased by 37 to 429.

55 new asymptomatic COVID-19 cases were reported on the mainland Wednesday, including 17 imported ones

The overall confirmed cases on the mainland had reached 81,589 by Wednesday, including 1,863 patients who were still being treated, 76,408 patients who had been discharged after recovery, and 3,318 people who died of the disease.

Also on Wednesday, 55 new asymptomatic COVID-19 cases were reported on the mainland, including 17 imported ones. Nine asymptomatic cases, all imported ones, were re-categorized as confirmed infections, and 338 were discharged from medical observation, according to the commission.

The commission said 1,075 asymptomatic cases were still under medical observation, including 226 from abroad.

In Hubei, 37 asymptomatic COVID-19 cases were confirmed Wednesday, bringing the total to 721, all of whom had been put under medical observation by the end of Wednesday.

The province saw 145 patients discharged from hospital after recovery Wednesday. Among the 1,132 patients being treated in hospital, 280 were still in severe condition and 120 others in critical condition.

A total of 147 patients in Hong Kong, 10 in Macao and 45 in Taiwan had been discharged from hospitals after recovery.