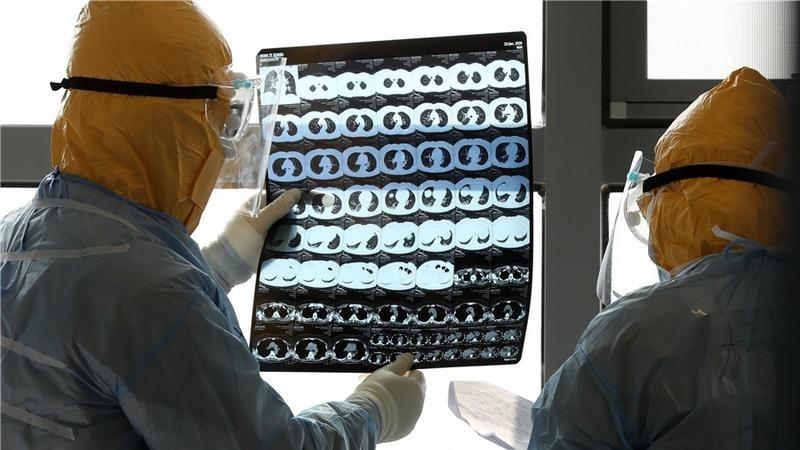 The Chinese mainland added 130 new asymptomatic novel coronavirus cases on Tuesday, reporting on the category in its official count for the first time as the country ramps up screening and quarantining of infected individuals who show no symptoms, the National Health Commission said on Wednesday.

The number of asymptomatic infections under medical observation as of Tuesday was 1,367, the commission said.

The number of asymptomatic infections under medical observation as of Tuesday was 1,367, the commission said

It added that two asymptomatic cases were re-categorized as confirmed infections on Tuesday, suggesting that these patients began displaying related symptoms like coughing or sneezing after initial diagnosis, and 302 people were released from quarantine after they were deemed as posing no risk of spreading the virus.

Meanwhile, the commission said it registered 36 new confirmed infections on Tuesday, with all but one found in travelers arriving from abroad. The number is down from 48 cases reported on Monday and brought the total number of confirmed imported infections on the mainland to 806.

READ MORE: China to include asymptomatic patients in national figures

Wuhan, the hardest-hit city in Hubei province, added one new confirmed infection on Tuesday after reporting zero new infections－domestic or imported－for seven consecutive days, according to the provincial health commission. After over two months of stringent lockdown, Wuhan is gradually easing curbs on movement within the city and is due to lift outbound travel restrictions on April 8.

The city's single new case was identified in a male student returning from the United Kingdom and arriving in Wuhan on March 23. He tested positive for the virus five days later under centralized isolation and was initially classified as an asymptomatic case. On Tuesday, his diagnosis was confirmed.

As the domestic epidemic has abated, such sporadic reports of infected individuals without showing symptoms have emerged at a worrisome rate and were blamed for causing small clusters of infections. However, health officials and experts have agreed that the size of asymptomatic cases in China is not large and the likelihood of them triggering a fresh wave of outbreaks is low.

Widespread testing and swift isolation of people with confirmed cases and their close contacts－measures that are being strictly implemented in China－are sufficient to detect the small number of symptom-free cases in communities and effective in stemming potential transmission, said a team of infectious disease experts from Fudan University's Huashan Hospital in an online article published on Tuesday. The team includes Zhang Wenhong, who leads the Shanghai treatment team for COVID-19 cases.

Control measures such as enforcing two weeks of quarantine in designated facilities and conducting nucleic acid tests among all returning passengers are recommended, according to these experts.

In the meantime, health authorities and experts are urged not to let down their guard over the threat of locally transmitted cases. Even though the domestic chain of transmission has been basically blocked, a few new cases have continued to appear in the past week. Some of these are associated with Hubei residents who are starting to leave the province, as most of the region, except for Wuhan, has lifted traffic controls.