A 'second spring' in store for shared two-wheelers? 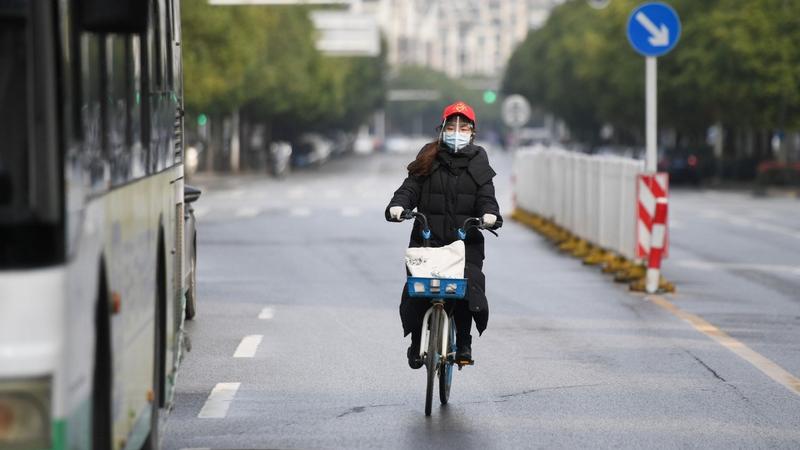 The rapid ascent and spectacular collapse of China’s bike-sharing sector in the past few years has turned into a cautionary tale for investors in the country’s frothy startup sector. But, the once high-flying industry is making a comeback as coronavirus-conscious commuters see it as the safest bet for trips to offices or when going home.

As the world’s most populous nation battles the virus to get its economy back on track, the dockless bikes have taken on a new significance for citizens seeking more convenient and accessible travel than ever before.

The coronavirus outbreak has highlighted the once-neglected advantages of shared bikes, which allows commuters to travel in the open air without crowd gathering

At the epicenter of the outbreak, Wuhan city, public transportation, including buses and taxis, has been suspended to halt the spread of the virus. But, for a city of 11 million, citizens such as healthcare workers still have to go out. The two-wheelers offer one of the few feasible options in such a difficult time.

“Compared with taxis, buses and subways, shared bikes are a form of public transportation that poses the lowest risk of getting infected with the virus,” said Zhang Liubo, chief disinfection expert at the Chinese Center for Disease Control and Prevention.

Hellobike backed by Ant Financial, one of the survivors of China’s bike-sharing craze, said trips longer than 3 kilometers had tripled between Jan 22 and Jan 24 when the city first shut down its public transport network, and have been on a tear since.

The proportion of trips within a 100-meter riding distance around hospitals, supermarkets and wet markets in Wuhan went up 5 percent compared with the pre-outbreak period.

Such a demand has become increasingly pressing as more and more workers in the world’s second-largest economy begin a cautious return to offices since early February.

Data from Hellobike showed that the number of trips longer than 3 kilometers has doubled nationwide since Feb 10, compared with the same period last year.

Meituan, the food delivery company that owns the bike-share brand Meituan Bike (formerly Mobike), said average daily trips in the last week of February soared a whopping 94 percent nationwide and a staggering 188 percent in the capital, Beijing, compared with the Chinese New Year holiday. During the period, the number of trips longer than 3 kilometers was twice than what they were in the first two weeks since Feb 10.

“Were it not for the coronavirus, I would never have remembered there’s a Mobike app downloaded in my phone, and there’re still dozens of yuan parked in my account,” said Zeng Yong, a sales manager with a Chengdu-based pharma company.

Having been stuck in traffic jams for nearly 45 minutes on his journey to the office that used to take no more than 15 minutes, the 25-year-old decided to go back to being a bike rider, at least for the moment.

“Wearing a face mask, a hat and a pair of gloves, and spraying alcohol all over the handlebars and bike saddle, is the new ritual for riding a two-wheeler,” said Zeng.

Traditionally, winter has been the off-season for the bike-sharing business. But, the uptick in user activity since the beginning of the Year of the Rat has made the country’s major market players, which managed to survive from the bike-sharing boom and bust, wonder if an industrywide “second spring” is on the horizon.

To be sure, a price war believed to have been responsible for the rise and fall of the two-wheeler business is already underway.

Meituan Bike has been offering free riding services to its old and new customers since Feb 24. The free services, which were to have ended on March 1, were later extended by a week.

Hellobike lost no time in providing week-long free services since March 2, likely to benefit more than 300 million customers in more than 360 cities across the country.

“The coronavirus outbreak has highlighted the once-neglected advantages of shared bikes, which allows commuters to travel in the open air without crowd gathering,” said Liu Daizong, director of China sustainable cities at the World Resources Institute. “Within a 10-kilometer commuting distance, I think shared bikes are safer, healthier and more efficient.”

“Although it’s still hard to say the bike-sharing business will essentially make a comeback this time, the industry itself and investors have become more mature, having learned a good lesson from the bubble burst,” said Charles Ma, a Hong Kong-based consultant at one of the “Big Four” accounting firms.

Even after the pandemic is over, he pointed out, public health will continue to be a major focus in the community, especially with seasoned flu every winter. He believed there’ll always be a market for the two-wheeler business. “The question left is how big the market will be to support the existing bike-sharing companies,” he added.

The soaring demand for bike-sharing trips has given rise to an employment gap for market players to fill. Bike-sharing companies are desperately recruiting people for the daily maintenance and management of the two wheelers, underscoring the issues that had once been ignored over the past few years, eventually leading to an awful lot of urban management problems and unrestrained industry growth.

Companies along the upstream and downstream of the supply chain, such as smart lock makers, are also rushing to look for workers to handle mounting orders.

“In such a difficult time, the surge in business, no matter short-lived or long-term, is more a challenge than a resurgence for every single industry player. It not only makes people take a sober look at all sorts of discussions about any comeback, but also helps weed out incompetent companies which failed to overcome the difficulties and get their production lines started,” explained Ma.

“With more sophisticated investors and more public health-conscious customers, what could be expected is the orderly, well-regulated development of the bike-sharing business. After all, not every industry would be lucky enough to be given one more shot to redefine its future,” he said.