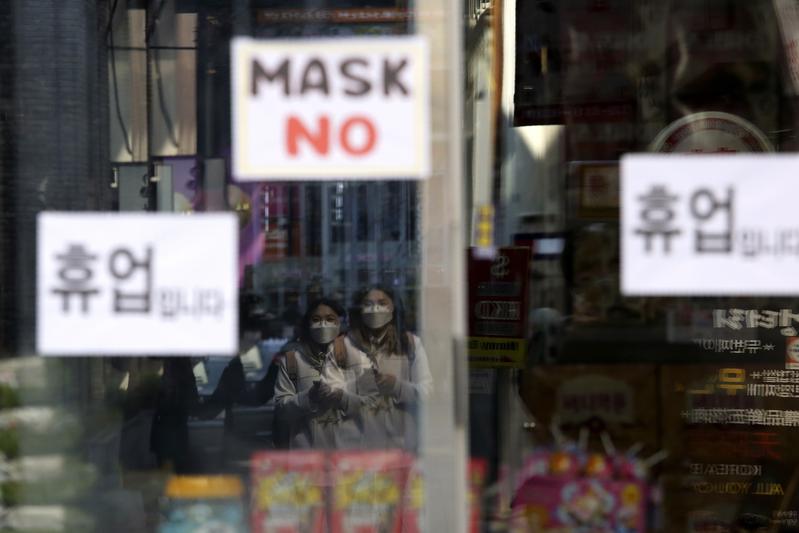 Women wearing a face mask are reflected on a window of a temporarily closed store in Seoul, South Korea, March 18, 2020. (AHN YOUNG-JOON / AP)

One of the country’s top infectious disease officials delivered an urgent message: South Korea needed an effective test immediately to detect the novel coronavirus, then running rampant in China. He promised the companies swift regulatory approval.

Though there were only four known cases in South Korea at that point, “we were very nervous. We believed that it could develop into a pandemic,” one attendee, Lee Sang-won, an infectious diseases expert at the Korea Centers for Disease Control and Prevention, told Reuters.

A week after the Jan 27 meeting, South Korea’s CDC approved one company’s diagnostic test. Another company soon followed. By the end of February, South Korea was making headlines around the world for its drive-through screening centers and ability to test thousands of people daily.

South Korea’s swift action stands in stark contrast to what has transpired in the United States. Seven weeks after the train station meeting, the Koreans have tested well over 290,000 people and identified over 8,000 infections. New cases are falling off: Ninety-three were reported Wednesday, down from a daily peak of 909 two weeks earlier.

The United States, whose first case was detected the same day as South Korea’s, is not even close to meeting demand for testing

The United States, whose first case was detected the same day as South Korea’s, is not even close to meeting demand for testing. About 60,000 tests have been run by public and private labs in a country of 330 million, federal officials said Tuesday.

As a result, US officials don’t fully grasp how many Americans have been infected and where they are concentrated - crucial to containment efforts. While more than 7,000 US cases had been identified as of Wednesday, as many as 96 million people could be infected in coming months, and 480,000 could die, according to a projection prepared for the American Hospital Association by Dr. James Lawler, an infectious disease expert at the University of Nebraska Medical Center. 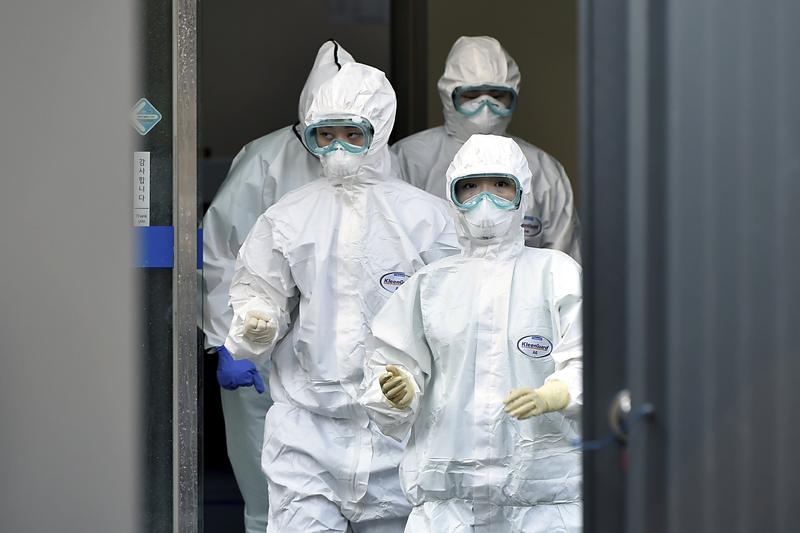 “You cannot fight what you cannot see,” said Roger Klein, a former laboratory medical director at the Cleveland Clinic and previously an adviser to the US Department of Health and Human Services on clinical laboratory issues.

How the United States fell so far behind South Korea, according to infectious disease experts, clinicians and state and local officials, is a tale of many contrasts in the two nations’ public health systems: a streamlined bureaucracy versus a congested one, bold versus cautious leadership, and a sense of urgency versus a reliance on protocol.

The delayed and chaotic testing in the United States will cost lives, potentially including those of doctors and nurses, many medical experts predict. Already more than 100 people have died overall, and fears of rampant spread have led to extraordinary restrictions on social interaction, upending the US economy, schools, hospitals and everyday life.

“It makes me feel like I’m living in a farce,” said Dr Ritu Thamman, a cardiologist and clinical assistant professor at the University of Pittsburgh School of Medicine. Even hospital staff who may have been exposed can’t get a test, she said. “We are a rich country but we don’t have these kinds of things?”

The administration of President Donald Trump was tripped up by government rules and conventions, former officials and public health experts say. Instead of drafting the private sector early on to develop tests, as South Korea did, US health officials relied, as is customary, on test kits prepared by the US Centers for Disease Control and Prevention, some of which proved faulty. Then, sticking to its time-consuming vetting procedures, the US Food and Drug Administration didn’t approve tests other than the CDC’s until Feb 29, more than five weeks after discussions with outside labs had begun.

Meanwhile, in the absence of enough kits, the CDC insisted for weeks on narrow criteria for testing, recommending it only when a person had recently been to China or other hot spots or had contact with someone known to be infected. As a result, the federal government failed to screen an untold number of Americans and missed opportunities to contain the spread, clinicians and public health experts say.

South Korea took a risk, releasing briskly vetted tests, then circling back later to spot check their effectiveness. By contrast, the United States’ FDA said it wanted to ensure, upfront, that the tests were accurate before they went out to millions of Americans. 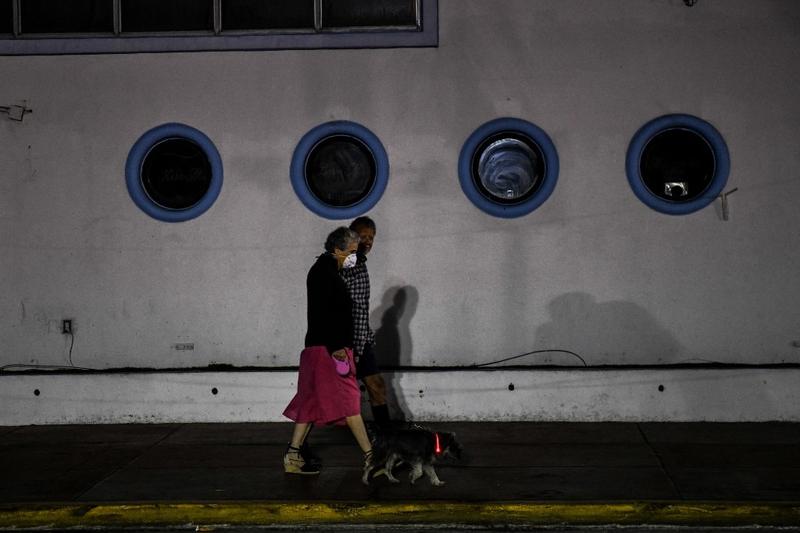 Tourists walk along the beach on a deserted Ocean drive in Miami, on March 18, 2020. (CHANDAN KHANNA / AFP)

“There are always opportunities to learn from situations like this one,” FDA Commissioner Stephen Hahn, who has been on the job only three months, told Reuters. “But one thing I will stand firm on: We cannot compromise on the quality of the tests because what would be worse than no tests at all is wildly inaccurate test results.”

In a statement, CDC spokesman Benjamin Haynes said, “This process has not gone as smoothly as we would have liked.” But he said “more and more state labs have come online, increasing our public health system’s ability to detect and respond to cases.”

Bombarded by criticism amid a re-election campaign, Trump vowed on Friday to ramp up production of test kits in partnership with private companies and to make the diagnostic tests more widely available at hospitals and in-store parking lots. This week, the FDA said more than 35 universities, hospitals and lab companies had begun running their own tests, under the agency’s revised policy.

But it may be weeks before enough tests are on hand to fill the need.

“The idea of anybody getting (tested) easily the way people in other countries are doing it, we’re not set up for that,” Anthony Fauci, director of the National Institute of Allergy and Infectious Diseases told a House committee last week. “That is a failing. Let’s admit it.”

It’s a problem many Americans, accustomed to hearing they have the most advanced medical care in the world, find hard to fathom.

“I don’t know how we messed this up so badly,” said Ruth Blodgett, 65, whose husband of the same age couldn’t get a coronavirus test on Saturday in an urgent care clinic outside Rochester, New York, even though he was coughing and the doctor ordered one for him. “We got caught flat-footed. For America, that’s unacceptable.” 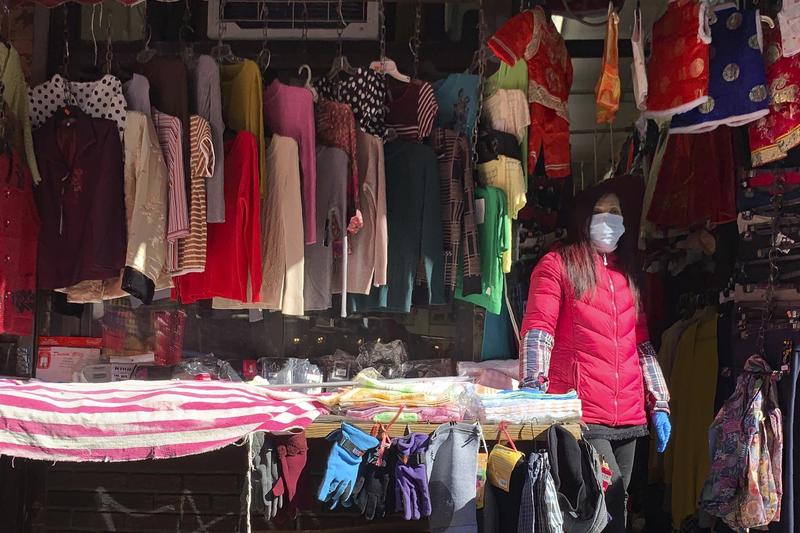 A store vendor wears a face mask as she waits for customers in Chinatown in New York, on Sunday, March 15, 2020. (WONG MAYE-E / AP)

‘HURRY UP AND DEVELOP THE KITS’

At the pivotal Jan 27 meeting at the Seoul train station, South Korean government leaders told companies they were cleared for takeoff.

“They were told that the ‘emergency use authorization’ would be coming, so hurry up and develop the kits,” said Lee Hyukmin, head of the coronavirus task force at the Korean Society for Laboratory Medicine, who was at the meeting.

One of the companies was Kogene Biotech Co Ltd, whose test kit was the only one to work initially. The government announced its approval on Feb 4.

“The government acted quickly,” said Myoah Baek, an executive director at Kogene. The Korean CDC “disclosed information on test methods so test kit makers were able to speed up development.”

Lee Hyukmin of the Korean laboratory society said the government was swift - but not reckless.

“Of course, a kit that’s approved in one week isn’t as good as one that goes through a year of clinical trials,” he said. So in the early days, Lee said, the government cross-checked cases to ensure the tests were working properly.

Cross-checking involved verifying that labs got the same result the government did on an initial pool of patient samples. As of last week, nearly 100 labs were available to perform tests nationwide, according to government figures.

South Korea’s rapid response to the new coronavirus resulted from scars of the past.

In the aftermath of the 2015 outbreak of MERS, short for the Middle East Respiratory Syndrome, critics slammed then-President Park Geun-hye and her administration for a slow response and a lack of transparency. Public confidence waned in Park, who was impeached in 2017 following an unrelated corruption scandal.

The country had 186 MERS cases, more than anywhere outside the Middle East, including 38 deaths.

“We can’t ever forget the incident. It is engraved in our mind,” the Korean CDC’s Lee Sang-won said. “We were hurt so much, and we felt remorseful.”

On Jan 31, only days after the Seoul train station meeting, the US Department of Health and Human Services (HHS) declared the novel coronavirus a public health emergency, citing a similar pronouncement from the World Health Organization.

HHS oversees the separate operations of the FDA and CDC, key agencies involved in responding to the pandemic. The CDC was responsible for developing the initial test kits for the virus. Then, under longstanding protocols, the FDA needed to approve the test before it could be sent to state and local labs around the country. Private labs and large hospitals could develop their own tests or work off the CDC version.

On Feb 3, amid the preparations to address the emergency, the FDA hosted an all-day conference at its headquarters in Silver Spring, Maryland, which had been scheduled well before the outbreak. Regulators, researchers and industry representatives gathered to discuss the general process for putting diagnostic tests cleared under emergencies on the path to permanent approval by the FDA.

Though coronavirus was now the hottest topic in global medicine, a broadcast of the meeting conveyed little sense of urgency about the epidemic sweeping the globe. It was mentioned in passing but regulators mostly stuck to their Powerpoint presentations.

In his remarks, Dr Timothy Stenzel, who oversees the FDA’s review of diagnostic tests, spoke broadly about the agency’s mission to protect public health: “It’s our goal to be first in the world wherever possible to authorize new tests.”

Carolyn Hiller, a program director at the Medical Device Innovation Consortium, which hosted the event alongside FDA, said there were discussions with the agency about postponing the meeting because of the coronavirus outbreak, but both sides opted to go ahead.

“The whole coronavirus thing blew up in real time while this was happening,” she said.

Stenzel did not respond to a request for comment. In a statement, the FDA acknowledged that the coronavirus was not a “specific topic on the agenda.” But it said the agency already was talking to test developers and “the conference was timely and addressed issues important” to firms and institutions looking to produce a test.

The following day, Feb 4, the FDA greenlighted a CDC test kit for the virus.

By Feb 8, some states and other public labs were complaining that the CDC’s test wasn’t working because of a flawed component that gave inconclusive results. Three days later, the CDC told the labs that it was manufacturing a new component.

As of mid-February, the federal government remained stuck in first gear. The CDC was the primary supplier of tests across much of the country, and other labs couldn’t immediately deploy their own without the FDA’s blessing.

HHS said it has assigned a team of outside scientists to examine what went wrong with the CDC’s initial batch of tests, such as whether there was a manufacturing defect, flawed design or contamination in the agency’s lab. The precise problem has not been identified.

The CDC didn’t send out new test kits until late February. Meanwhile, public health experts say, a crucial window was closing on containing the virus, which by then was known to have infected more than 60 people.