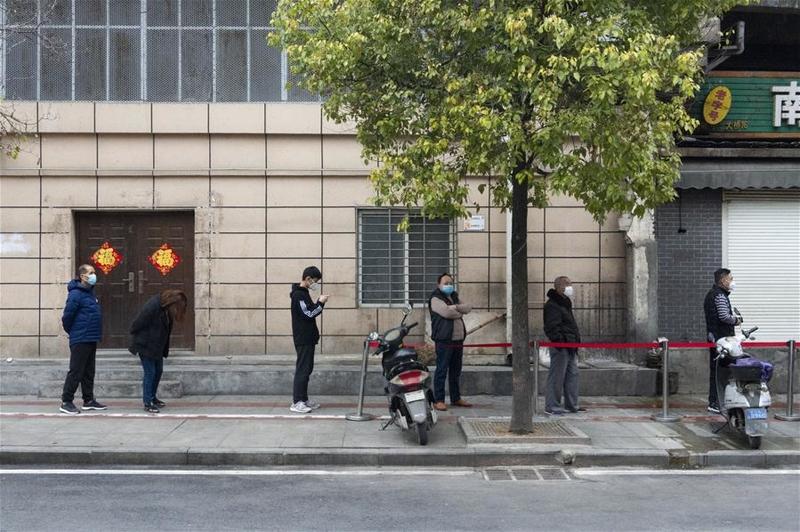 The new confirmed case was reported in Wuhan, the provincial capital and epicenter of the outbreak.

The latest report brings the total confirmed COVID-19 cases in the hard-hit province to 67,799.

As of Monday, Hubei had seen no newly confirmed COVID-19 cases for 12 consecutive days in its 16 cities and prefectures outside Wuhan.

Of the 21 new confirmed cases reported on Monday, 20 of them were imported cases

The National Health Commission said Tuesday it received reports of 21 new confirmed cases of COVID-19 and 13 deaths on the Chinese mainland on Monday.

Besides the 12 newly reported deaths in Hubei, the other one was in Shaanxi province, according to the National Health Commission.

Also on Monday, 930 people were discharged from hospital after recovery, while the number of severe cases decreased by 202 to 2,830.

The overall confirmed cases on the mainland had reached 80,881 by the end of Monday, including 8,976 patients who were still being treated, 68,679 patients who had been discharged after recovery, and 3,226 people who died of the disease.

The commission said that 128 people were still suspected of being infected with the virus.

In Hubei, 893 patients were discharged from hospital after recovery on Monday, bringing the total number of discharged patients in the province to 55,987.

Among the 8,004 hospitalized patients, 2,243 were still in severe condition and another 539 in critical condition.

A total of 88 patients in Hong Kong, 10 in Macao and 22 in Taiwan had been discharged from hospital after recovery.