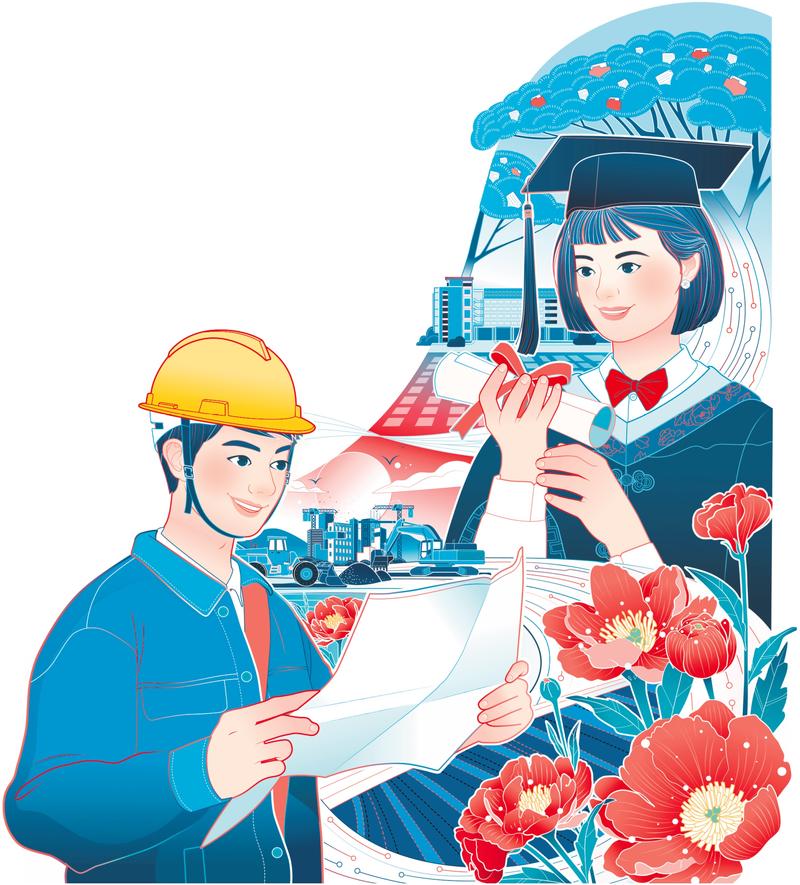 The State Council has scaled-up measures to reduce pressure on the job market amid the novel coronavirus pneumonia outbreak, including steps to expand enrollment in postgraduate programs and employment channels for migrant workers.

At its executive meeting on Feb 25, the Cabinet decided to allow higher education institutions to expand enrollment in postgraduate programs this year and to let more junior college students continue their studies to earn bachelor's degrees.

It also pledged to make more jobs in primary medical care and social services available to college graduates and to bolster support to small and medium-sized enterprises in recruiting graduates.

Employers will be encouraged to delay this year's season for interviewing and hiring college graduates, and colleges will give them additional time to complete graduation procedures, such as transferring their archives, the Cabinet said in a statement.

The meeting also decided to expand employment channels for migrant workers, who will be encouraged to find jobs near their homes. The government will initiate several projects providing a large number of jobs to spur hiring activities, the statement said.

Weng Tiehui, vice-minister of education, told a news briefing on Friday that this year's expanded postgraduate program will see an additional 189,000 undergraduate students given the opportunity to further their studies.

Meanwhile, an additional 322,000 junior college students will be able to pursue bachelor's degrees at colleges, she said.

Weng said the expanded postgraduate programs will focus on disciplines such as clinical medicine, public health, integrated circuits and artificial intelligence, while junior college students will be encouraged to study majors such as preventive medicine, emergency management and aged care.

The number of college graduates will hit 8.74 million this year, 400,000 more than last year, according to the ministry.

"The pressure on the job market is huge in the first place," Weng said. "The outbreak has aggravated the situation for college graduates."

She said the key to helping graduates find jobs was to stabilize the country's economic fundamentals.

Weng said that even though the outbreak had hit the job market hard, there were still immense opportunities in the development of new growth engines and the upgrading of traditional ones.

According to the National Bureau of Statistics, China's manufacturing purchasing managers' index fell to a historic low of 35.7 in February, while nonmanufacturing PMI－a gauge of sentiment in the services and construction sectors－dropped to 29.6, from 54.1 in January. A PMI reading above 50 indicates expansion.

You Jun, vice-minister of human resources and social security, told Friday's news briefing that the outbreak had resulted in a drop in hiring demand and had forced the suspension of recruitment.

You said the epidemic could strike a more direct blow to the jobs of migrant workers. There were 290 million migrant workers in China at the end of last year, with 75 million working outside their home provinces.

The outbreak had also resulted in labor shortages for businesses in the country's more developed eastern provinces, he said, and the authorities would provide chartered vehicles or trains to help migrant workers return to their jobs.

In the meantime, the ministry will organize more online hiring events for migrant workers, encourage them to take up farming, find jobs in rural infrastructure development and help them find jobs in major projects, You added.

Li Changan, a professor of labor economics at University of International Business and Economics, said the government must prioritize measures to make up for delays in job recruitment for college graduates and migrant workers caused by the outbreak.

"For migrant workers, more work must be done to ensure information about labor demand can be released in time," he said.

It was also important for the authorities to further tap into the potential of the digital economy and promote work offered on flexible pay arrangements to create more jobs, Li said.